Is there a future for Tempranillo in Ribera del Duero?

At a tasting of his top 100 wines from Ribera del Duero, Tim Atkin MW warned of the threat the region now faces from climate change, with Spain’s most famous grape variety at risk. 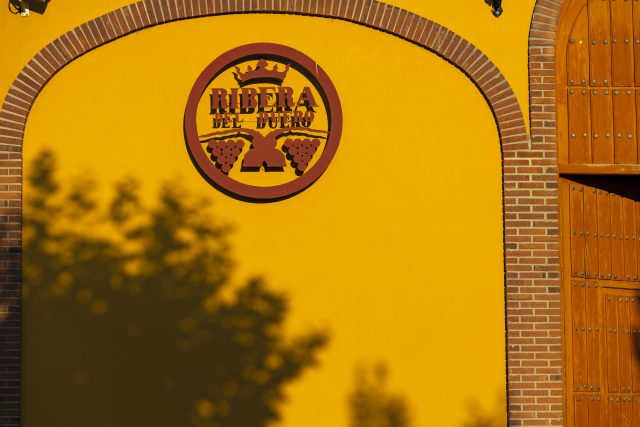 The 2022 vintage has been one marked by extreme heat, with the mercury hitting 46.8°C in Ribera del Duero and remaining above 40°C for much of July. For viticulturists, this doesn’t just spark concerns about water shortages, it also brings picking plans forward in an effort to avoid over-ripening the fruit, as D.O. marketing director Pablo Baquera Peironcely explained: “This year we started on 30 August, which is completely unusual for us. Normally we start on 10 September.”

Of course, the region is typified by its extreme weather, as Atkin summarised it: “Frost, hail, heat, cold – just not rain, most of the time.” However, even though Ribera del Duero flits between wetter “Atlantic” vintages and dryer “Mediterranean/Continental” ones, Atkin argued that the trend of growing extremes is “worrying”.

Among the chief concerns he suggested might come from the last year is if Tempranillo, otherwise known as Tinta del Pais or Tinta Fina, is up to the challenge. “It doesn’t like the heat,” explained Atkin. As the name (derived from “temprano”, meaning “early’”) suggests, Tempranillo is an early ripener, a trait which can be an asset during more moderate vintages, but can bring the curse of over-ripeness in hotter ones.

A good method for escaping from high temperatures is planting at higher altitude, with some vineyards at a bracing 1,100 metres above sea level. “The only problem is, can you ripen the grapes? Well, ‘thanks’ to climate change, you can.” Earlier this month, db spoke with Hervé Birnie-Scott of Terrazas de los Andes about how the extreme conditions of Mendoza had pushed him to greater and greater heights.

“One of the things I value in wine, particularly as I get older, is freshness…I’m less impressed by power”. The 2010 vintage, Atkin argued, was a pivot away from the latter and more towards the former, with wineries such as Dominio del Aguila focusing on fresher styles from individual parcels at higher altitudes.

But climbing presents problems for the thin-skinned Tempranillo, which would otherwise benefit from the cooler conditions. Atkin described Ribera del Duero as having: “the most extreme conditions of any major wine-producing region in Europe”, due to its high continentality. Temperatures can plummet to -20°C, and late frosts (perhaps as late as June) could be catastrophic.

But what is the solution? Where and how vineyards are planted naturally makes a huge difference, beyond the height at which they are planted. “Vineyards that are bush vine trained tend to fare better as there’s more shading of the bunch…Clay soils keep things cool as they tend to be wetter because they retain more moisture.”

What is planted is also a major consideration. Atkin cited Garnacha, Cabernet Sauvignon and Monastrell as varieties which could thrive in Ribera del Duero. He also expressed a preference for wines made from the CL-179 clone of Tempranillo. Under current D.O. rules, for a wine to be labelled as a red wine from the region, it must be at least 75% Tempranillo. 95% of the wine must be made from authorised varieties, which does not include Monastrell at present.

But, D.O. rules are not set in stone: “One of the great things about Ribera del Duero is its adaptability,” said Atkin, “it thinks out of the box, it thinks ahead…it has so many young and dynamic winemakers.”

Indeed, the region has overcome setbacks before. The arrival of Phylloxera in 1915 (two decades later than in Rioja) sparked a decline in the quality and reputation of the region that “was arrested by the creation of the D.O in 1982”. 40 years on, and the area under vine has ballooned from 6,000 hectares to 25,000ha – 24,000ha of which currently produces Tempranillo.

Alternatively, ungrafted vines could be the answer due to their drought-resistant qualities.