Hogs Back Brewery is offering drinkers a free pint of Three Hogs if the England squad reaches the World Cup final. 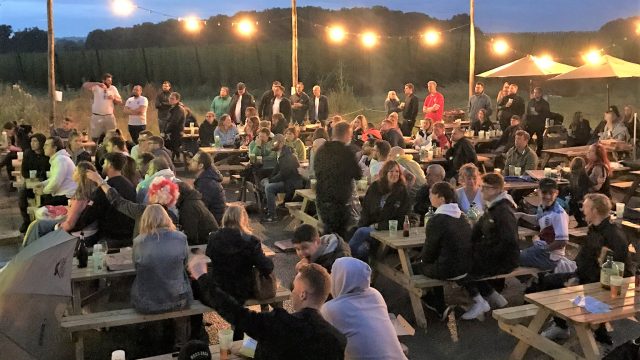 The Surrey-based brewer has said that if England reaches the finals, customers will be able to claim a free pint of Three Hogs beer by visiting the Brewery Tap between 11am and 2pm on 18 December.

The beer, a 4% ABV golden ale, is described by the brewer as “a beer of two halves: refreshingly hoppy up front, followed by a balancing bitterness and a hint of sweetness to finish”.

Hogs Back Brewery managing director Rupert Thompson said: “Millions of people will be watching the home nations’ matches with friends, family and fellow football lovers, and a pint of easy-drinking beer like Three Hogs is an enjoyable part of the occasion. Let’s hope that we might finally be raising a glass to a victorious English side on 18 December.”

Hogs Back will be screening a number of matches in its Brewery Tap, depending on timings, including the England v Wales fixture on 29 November. Guests will be able to enjoy the football accompanied by a range of Hogs Back beers and food.

Three Hogs was first brewed for the Euros in 2016 and will be available on draught and in 500ml bottles. Thompson explained: “During the Euros, the excitement in the Brewery Tap built to fever pitch, and we were sold out ahead of the final. It’s a great space for watching sport and we’re looking forward to welcoming football fans to enjoy the tournament with us again.”

Bookings for places or tables are open at the Brewery Tap.