The sell-in for Chinese New Year, which begins on January 22, is in full swing and premium-priced stocks are being shipped to major centres. But with the latest slew of Covid crackdowns, will China be celebrating as normal? 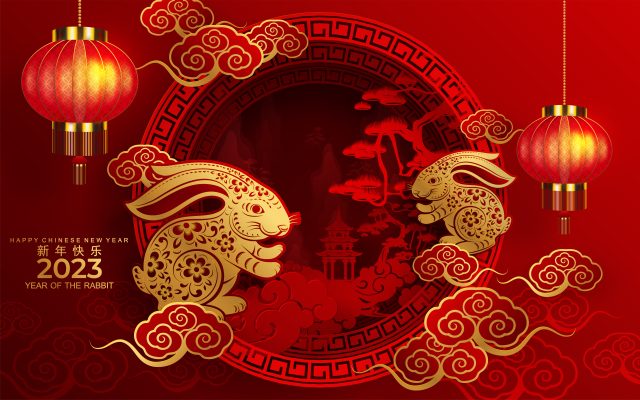 Welcoming the Year of the Rabbit will play a significant part in determining the 2023 fortunes of the global drinks groups as sales of premium and super-premium lines to China form an increasingly central part of early year profitability.

While baijiu accounts for some 96% of Chinese spirits consumption, the increasingly affluent and growing middle classes have pushed high margin imported categories up their consumption list, with Cognac by far the predominant preference.

Scotch is also gaining ground, as witnessed by Diageo’s launching a presentation featuring the rabbit for the ultra-premium Johnnie Walker Blue Label specifically to celebrate the forthcoming Lunar New Year.

For Rémy Cointreau, whose Rémy Martin is significantly the biggest selling stable of Cognacs in China, demand to celebrate the New Year is a significant contributor to annual earnings.

Following the disruptions incurred during the two years of lockdown, the company has enjoyed two years of exceptional growth as the pandemic accelerated a shift towards premium drinks, cocktails and e-commerce as people drank more expensive drinks at home.

This spurred Rémy Cointreau on to announce a stronger-than-expected 27% jump in operating profit for the six months to the end of September.

Boosted by strong performance in the key American and China markets, it came in at €319.3 million, easily outperforming a consensus broker forecast of €306 million. That followed a 21.1% sales surge in the first half.

That might have been expected to spur Rémy’s shares, but they fell on the day by as much as 4% after the French spirits group said it was “cautiously optimistic” about the Chinese market.

It said it expected the pace of growth to reduce to “low double-digits” for the full year with a slower pace of growth in the third quarter before picking up again the fourth.

The pace may also be temporarily hampered because Rémy revealed it had been forced to postpone some investments in the China market until the second half.

However, in retaining its guidance for the second half, Rémy said that China’s consumption trends were returning to more normal levels. But at the same time chief executive Eric Vallat said that in the short-term “visibility was low” due to on-and-off lockdowns.

And therein lies the conundrum. It is becoming increasingly complicated to determine what is happening in China and thus to demand.

The official policy is to achieve “zero Covid”, and there were hopes that the level of infections was starting to ease.

Much was read into the fact that not only Chairman Xi Jinping felt able to leave his cocoon in Beijing to attend the recent summit in Bali but also that he was photographed meeting other world leaders minus a protective face covering.

That was taken as a signal that Covid was on the retreat and that business was returning to normal.

But on the same day as Rémy Cointreau announced its bumper results, China reported a record level of infections, with cities nationwide imposing lockdowns, mass testing and other restrictions, fuelling fears of further heavy disruption to the market akin to those imposed in early spring.

They caused a sales retreat as restaurants and bars closed, especially in key centres such as the Greater Shanghai region.

Nevertheless, consultancy Bain reported last week that as a result of the previous lockdowns globally, the market for luxury products (including premium wines and spirits) “appears better equipped to cope with economic turbulence”.

This was echoed by Vallat who said: “In China, we are making sure we are flexible; so far we have adapted successfully to the situation.”

And despite Rémy Cointreau’s shares falling on the day of its results, analysts at MidCap said: “If, after two exceptional years, the trend is towards the normalisation of consumption trends, probably until Q1 23-24 and if China remains challenging, Rémy Cointreau continues to be an exceptional value for the spirits sector.”

The hope is that the Year of the Rabbit does not spring unpleasant surprises.