Does Gamay have a future in South Africa?

Radford Dale winemaker Jacques de Klerk has set his sights on the Gamay grape in a bid to make fresh, fruity and easy drinking wines with a South African flare, amid a backdrop of new generation winemakers foregrounding innovation.

Go to South Africa, and you will see innovation at every turn. Winemakers, starved of opportunity during the Covid-19 pandemic, are getting back into action, undeterred by two years of multiple alcohol bans and strict regulations.

New grapes are making their way onto the South African roster. Robertson’s Springfield Estate now produces an Albariño, following in the footsteps of Hemel-en-Aarde producer Newton Johnson who released the country’s first commercial albariño in 2014.

Other innovations come in the form of Saurwein’s Chi Riesling, the first vintage of which was launched in 2018, and Radford Dale’s range of three Gamay wines spanning multiple price tiers, which winemaker and viticulturist Jacques de Klerk sees as a lighter, more easy-drinking “alternative to Cinsault”.

Radford Dale’s relationship with Gamay began in 2014, when there were only eight hectares of plantings in the country. After three years of buying in Gamay grapes, when 2017 rolled around, winemaker de Klerk and his team began planting their own Gamay vines, describing this as “the missing piece” that allowed them to develop the grape in the style they intended.

This intended style, says de Klerk, is a wine which “aligns itself with Pinot Noir”. 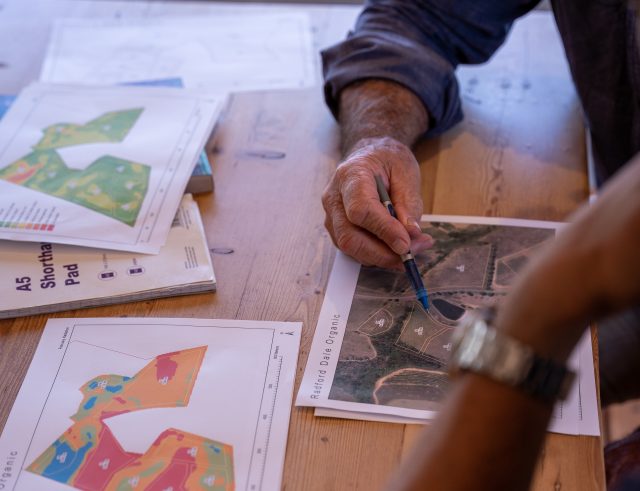 “Large parts of the Cape are too hot for nice Pinot, but Gamay isn’t so sensitive to this hotter weather,” he says. Plus, Gamay works well in a granite-rich soil, something the Cape’s wine regions have in abundance.

“Just in a Radford Dale sense, a variety like this really fits our focus on lighter style reds. We don’t make many big, extracted, oaky kind of reds; our style is very much more focused on refreshment,” says de Klerk.

Production shows no signs of slowing, as the purchase of a new estate in Elgin has seen the planting of another hectare of Gamay vines.

de Klerk is also keen to encourage other winemakers to piggyback on the trend. “I would like nothing more than for other producers to start planting,” he says.

But innovation cannot replace tradition. A number of South African winemakers remain focused on some of the country’s flagship grape varieties, making wines with these grapes in an attempt to carve out a national identity.

While the team at Radford Dale are keen to be part of this movement, they still believe there is room to experiment.

“When we started to really establish ourselves as a South African producer, it was one of the central concepts that we wanted to make our wines as South African as possible,” says de Klerk. “Chenin Blanc was the cornerstone of our early years, in the sense that it was half our production,” he explains. 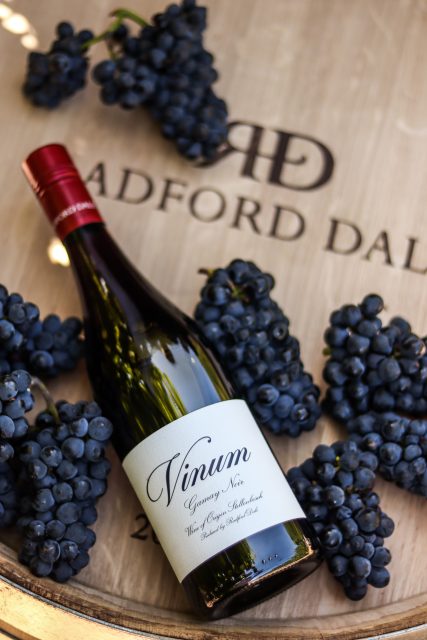 “The style of Pinotage and Chenin that we make now hasn’t changed as much as the rest of it has. We were always interested in making lower alcohol, fresher styles of Pinotage, and when we started doing that it was a bit of an oddity,” de Klerk says. “Fast forward 19 years, and there’s much more of that kind of thing emerging.”

It was as a result of Radford Dale’s experience with Pinotage, Pinot Noir and Cinsault, focusing on lighter style reds, which “drove us to consider Gamay in the same lens”.

As such, South African winemakers are by no means moving away from the grape varieties that put them on the map, but are looking to expand and experiment.

Tom Prior, business development manager at Radford Dale, says the focus is all about “quality material in the right spot”.

“One of the attractions of the Cape is that we’ve got less than 100,000 hectares. You’ve got all these different altitudes to play with all these different soil types, and you’ve got the two oceans. So really, what’s so awesome about the Cape is actually there’s so much we can make, and so many varietals we can work with, and such diverse wine styles,” he explains. “I think that’s kind of the magic of it.”