As climatic conditions in Champagne continue to evolve, the region’s winemakers are pursuing a number of techniques to preserve freshness, including earlier picking, restricting malolactic fermentation and adjusting dosage levels. 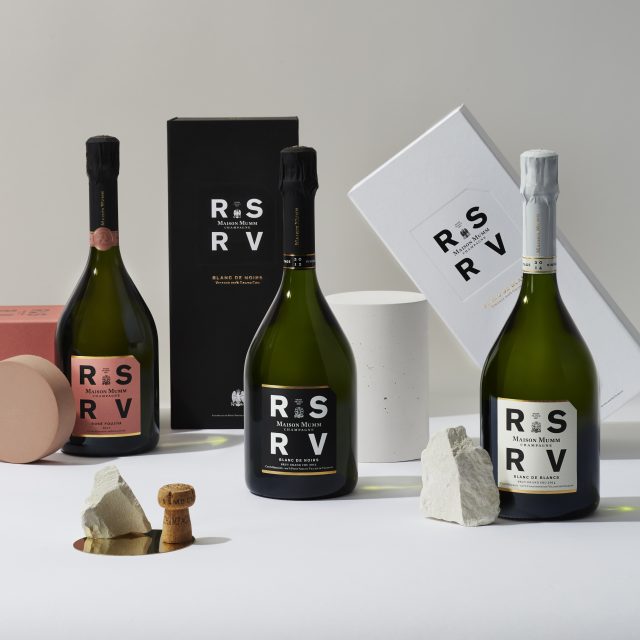 Speaking at the UK launch of Maison Mumm’s new RSRV range – four cuvées sourced entirely from grand cru vineyards – cellar master Laurent Fresnet argued that it was misleading to suggest high acidity was a prerequisite for a great year in Champagne.

“Acidity doesn’t make a vintage,” he said, contrasting 1989 and 1996 – both fine years, but with very different climatic conditions. “What we try to do is to keep the freshness of the fruit. So we try to pick the grapes earlier, and we’re tasting the grapes in the vineyard before and during the harvest. That way we can keep the freshness in the grapes and the potential of the ageing of the wine.”

This was particularly true in 2022 – the warmest, driest and sunniest year on record in Champagne. Mumm secured a derogation to start picking as early as 25 August, something Fresnet said was necessary in order to “keep the freshness and make the vintage”.

The result was wines that are “very rich, very mature, and the freshness is alive because we picked the grapes earlier”. However, maturity developed so rapidly that those harvesting later were left with wines at around 12.5-13% ABV, perilously close to the 13% limit authorised for Champagne.

Likening 2022 to a mix of the concentration of 2003 and the richness of 2002, Fresnet said the size of the crop was particularly welcome, with agronomic yields likely to exceed 14,000kg per hectare (kg/ha). With the maximum authorised yield set at 12,000kg/ha, that will allow houses and growers to rebuild their reserves after two lean years in 2020 and 2021.

Cuvée 4.5 takes its name from its four years’ minimum ageing (although the current bottling has had considerably longer) and the use of five crus: Verzenay, Bouzy, Aÿ, Cramant and Avize. The base wine is 2013, with reserve wines accounting for 30% of the blend. “We use reserve wines to guarantee the quintessence of the style of Mumm,” said Fresnet. “Sometimes using 20%, sometimes 30% – we don’t have a recipe all the time.”

Rosé Foujita is named after Japanese artist Léonard Tsuguharu Foujita, who was the godson of long-serving Mumm chairman René Lalou, and who painted the frescoes in the Foujita Chapel in the grounds of the Mumm residence in Reims. Based on 2014, the wine combines Pinot Noir (70%) from Verzenay, Bouzy and Aÿ with Chardonnay (30%) from Cramant and Avize, plus red wine from Ambonnay.

Cuvée Lalou 2008 – “One of the best vintages we’ve had,” said Fresnet, and a year that was always destined to be a vintage – is a 50/50 blend of Pinot Noir and Chardonnay from seven plots across six crus: Verzy, Verzenay, Ambonnay, Bouzy, Cramant (2) and Avize.

For the Mumm RSRV Blanc de Blancs 2015, Fresnet explained that malolactic fermentation had been blocked for about one-third of the blend, the result of a warm vintage which he dubbed “one of the greatest years”.

Entirely sourced from Cramant (and previously known as Mumm de Cramant), the wine underwent a cold fermentation at 12oC and is bottled at the lower pressure of 4.5 atmospheres (versus a more typical 6 atmospheres). “We try to bring out in this cuvée creaminess, citrus and flowers,” said Fresnet. “Cramant is very creamy at low pressure … We keep the wine for six to 10 years, because we want to keep the varietal aromas alive.”

Perhaps unsurprisingly, given the conditions of the year, malolactic fermentation was again blocked across 25-30% of the RSRV wines from the 2022 vintage. “You can block the malo up to 20-30% without changing your style,” explained Fresnet. “But we also want to keep the bakery, brioche notes because that’s part of our DNA. We have found that 20-30% is about the right level.”

Another wine that underwent only partial malolactic fermentation is Champagne Jacquart’s newly launched Cuvée Alpha 2012, the fourth vintage of the prestige cuvée, following 2005, 2006 and 2010. Priced at £110, it will be available in the UK from late November, with magnums (pricing TBC) on sale for the first time. 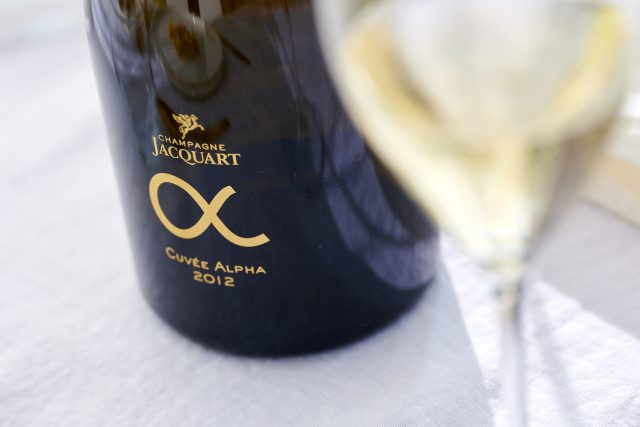 Jacquart winemaker Joëlle Weiss said she had started blocking malo on some parcels, and was investigating using different levels of dosage for different batches of the same wine. “At the moment, we decide a dosage for the whole vintage,” she explained. “But dosage has an influence on the balance of the acidity. It could be an option to put on the market one batch at 7g/litre [residual sugar], then one at 6.5g/l. That’s something that people are experimenting with.”

“It’s not a recipe, and we adjust for the balance,” she added. “With Alpha, we really want to add this third dimension, which is time. I like to say there are three grapes in that wine: Chardonnay, Pinot Noir and time. The impact of time and a yeasty tone is really something that we are looking for in Alpha, but the challenge is to get this complexity and freshness at the same time.”

With the Jacquart house style prioritising elegance, winemaking is reductive, producing a smoky, oyster shell character that evolves into nuttiness, forest floor and a toasty wood note (although there is no oak used in the winemaking). In Cuvée Alpha 2010, Weiss said, the palate had now developed a powerful mocha flavour.

The 75cl bottles of Cuvée Alpha 2012 were disgorged in 2020 (the magnums, unusually, were disgorged a year later). While Weiss said it was “interesting” to see how the wine had aged under cork, it wasn’t a deliberate tactic: the launch of the wine was originally scheduled for the end of March 2020, but was delayed by the Covid-19 pandemic.