However, should one be of a glass-half-full disposition, there are two interpretations of Chancellor Jeremy Hunt’s minimal recognition of the crisis in the hospitality sector– “Every Little Helps” or “Be Thankful for Small Mercies”. 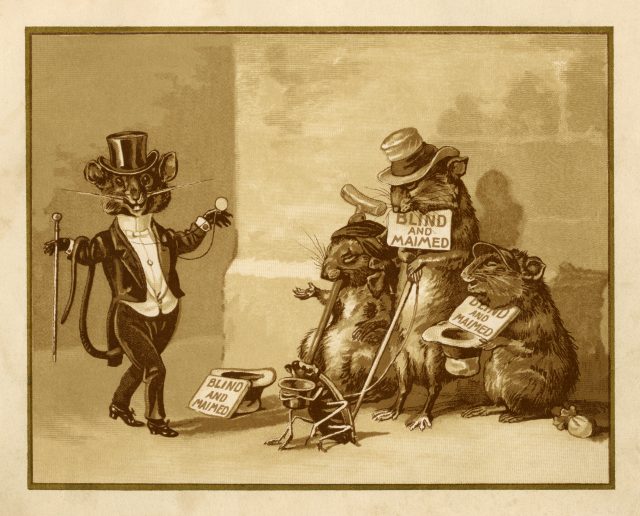 The only concession the Chancellor made to the industry-wide warnings of mass closures and unemployment in the hospitality industry was to cushion the blow of business rates rises, due in April.

At present most pubs and restaurants are receiving a 50% discount to assist them in their struggle for survival. That was due to end in April at the same time as the levy was expected to rise with inflation.

Hunt, however, is giving £13.6 billion over five years to the entire retail sector to “soften the blow” of going ahead with a revaluation of business rates to better reflect the changes to market values of commercial properties since they were last revised in 2017. That was based on their worth two years earlier.

“Nearly two thirds of properties will not pay a penny more next year and thousands of pubs, restaurants and small high street shops will benefit,” he said.

However, individual businesses will have to wait for the details of the scheme to assess by how much they will benefit, if at all, and Hunt has not kept a manifesto promise of a root and branch review of the system, which the licensed sector desperately wants.

Kate Nicholls, chief executive of UK Hospitality said: “It’s essential that this is delivered as soon as possible.”

Meanwhile, Miles Beale, chief executive of the Wine and Spirits Trade Association, was completely unimpressed: “There is nothing to welcome or comment on,” he said of the Autumn Statement, announced last Thursday.

Apart from the business rates relief (for some), Hunt gave licensees and restaurateurs absolutely nothing except the prospect of mounting difficulties and potential insolvency as he sought to fill the £55 billion black hole in the Treasury’s coffers.

The costs of doing business are rising sharply.

First, the subsidy to cushion soaring energy prices is about to be reduced. Even with that in place, many pubs and restaurants have seen their energy costs double since Russia invaded Ukraine.

Hunt says he is reviewing what assistance will be put in place when then present scheme runs out in April. As a potential guide, he said that the domestic energy price “cap” would rise by 20% to £3,000 a year, so it is optimistic to think that businesses will be treated any better.

The National Living Minimum Wage for adults will go up by 10.1% to £10.42 per hour at the same time, as will National Insurance contributions for employers. With vacancies running at some 150,000 in hospitality, employers are facing inevitable extra staff costs.

Nominal inflation is running at more than 11% (often much more for commodities such as barley, glass and energy) so brewers and distillers are hiking prices significantly to protect their own margins.

For instance, Heineken is increasing its wholesale prices by an average of 15% from 1st February. Add in the multiplier effect of VAT and that leaves publicans facing an almost 20% rise in prices of beer.

In addition, Hunt intends to press ahead with the wholesale revision of duty rates from February which will cause considerable extra administration for already hard-pressed businesses, and he has scrapped his predecessor’s freeze on excise duty rates.

He said he will increase duty rates in February, but he has yet to reveal by how much. Don’t bet on anything less than 10%.

Will licensees be able to pass on those levels of increase to the consumer at a time when personal taxes and mortgage rates are rising and real wages are being eroded by inflation? Even more disturbing is the violent hit to personal incomes and the squeeze on discretionary spending.

The Office for Budget Responsibility calculates that disposable incomes will fall by 7% over the next two years.

Many of Hunt’s increases to personal taxation will not be felt fully until after the next general election (which must take place by December 2024), but the bottom line is that Britain is entering a period of the highest level of taxation since the Second World War and the fall in living standards will be the worst since records began.

In addition to an almost doubling of home energy costs this year to £2,500, households will have to find an extra £500 next year to pay energy bills after April and council taxes will also go up by 5% as local authorities wrestle with already tightly squeezed budgets.

Painful rises in mortgage rates will hit homeowners as fixed rate deals come to an end and landlords will seek to increase rents to combat their own cost rises.

Even before Hunt’s measures, 35% of hospitality businesses said they would be at risk of failure by the end of the year, according to the most recent joint survey by the trade associations, which showed almost unremitting gloom.

While 77% had witnessed a decline in the number of people eating out, 85% were expecting the number to further decline in the run up to Christmas. The Autumn Statement did nothing to encourage any rise in optimism.

Hunt admitted that there were no easy answers to the country’s financial plight and that the jobless rate will rise to 4.9% of the working population over the next two years compared with 3.9% today.

Many of the 350,000 people who will be joining the dole queue will be from the hospitality sector.