As the Chinese Yuan falls to new lows and divergent trends emerge, what changes lie in store for the fine wine market in Asia-Pacific? 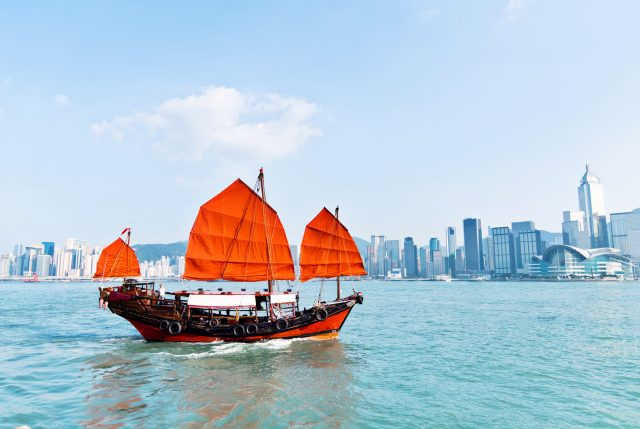 Since the emergence of Hong Kong and China as forces on the secondary fine wine market, the country has seen booming sales of fine wine. The secondary market took of in 2008, rising to unprecedented highs in 2011, before experiencing a downturn in prices hastened by a crack-down on gift-giving of luxury goods among government officials. It rose again after the 2016 Brexit vote weakened Sterling and boosted the fine wine market  recovering overtaking the 2011 peak by the end of 2021.  However, a report from Liv-ex this week highlights the changes happening across the Asia-Pacific market – the broadening and diversification of the market, notably in the rise and rise of Burgundy, the growing importance of Asian markets beyond China, and the pull of the big brands.

As the report notes, the slow recovery of the Chinese economy from the pandemic is having an effect on the wider Asia-Pacific region – China country looks like it is on the brink of recession, in part due to its zero-covid policy and “as the world’s second largest economy, when it goes under so will others” Liv-ex warns. The effect can most clearly be seen in Hong Kong, which is unable to take advantage of its currency being tied to the strong US dollar due to its borders with mainland China, it’s largest market, being closed.  As a result “the number of wines traded in the secondary market by Asian merchants has taken a substantial hit this year”, the report says – down from more than 3,750 LWIN11s to around 2,600.

The effect isn’t all bad however – as Hong Kong feels the effect, Singapore has been gaining ground as a base of collectors. And Japan, which was the first to embraced the fine wine market in Asia remains the second-biggest market for wine in the region, despite the weak Yen and rising inflation, while South Korea is also gaining ground, with a number of data focused wine investment start-ups  “selling fractional shares in bottles or cases of fine wines rather than the traditional model of full ownership”. (Interestingly, Australian wine is also finding a home for its wines in both Tokyo and Seoul, following the punitive tariffs imposed by China in March 2021 that have seen Australian exports to China fall by over 81%).

As a result of these factors, “no longer do those seeking a market in Asia need to make an immediate beeline for China”, the report noted. “There is a wider region at their fingertips.”

Meanwhile, on mainland China, expectations for fine wine are “more grounded” than they were ten years ago, reflecting the “broadening and diversification” of the market’s demand. This is best illustrated by the unceasing rise of Burgundy as Bordeaux sees a notable decline.

There has also been growth in Champagne, Italian wine and the USA, Liv-ex data shows – Singapore has emerged as a key market for Italian wine, while South Korea has developed a penchant for Chilean and US wines.

“The pace of change has been most marked over the last four years, accelerated by the global pandemic,” it said.

Although Japan has “a long affinity with Burgundy” – much of which is for white Burgundy – it seems this has not been reflected in the secondary market. “Given the weakness of the Yen, it may be that Burgundy prices are too great for many collectors, diverting them to better value options such as Bordeaux and Champagne” the report noted – adding that the  stable supply into the Japanese on-trade is something missing in a younger market such as China.

Although the demand for Burgundy is very strong overall in China, big name Bordeaux wines such as Lafite and Château Beychevelle “still hold enormous sway”, the data of the top traded wines show.

“Names such as Château Lafite and Mouton Rothschild, Petrus and Domaine de la Romanée-Conti have immense traction among newer wine collectors looking for quality guarantees and kudos for good taste,” it said, adding that “Where Asia and many Western markets differ though… is which vintages of these famous names they choose to buy.”

The report noted that vintage variation “is at times less of a concern” in Asia than in the UK or US – with some of the less well received vintages still seeing strong demand in the region.  “What ‘off’ vintages such as [2017 and 2011 ] provide is a (relatively) affordable point of entry to famous regions and brands – something Asian buyers have taken full advantage of,” the report noted.

It concluded that what the current “flux and development” in the Asia-Pacific region demonstrated more than anything was that “Asia cannot and should not be thought of as a single market entity” – and that China “will not be riding to
the rescue of the global wine trade in the difficult years ahead”.

“With the wine world no longer as star-struck by the allure of this economic juggernaut, the time for other Asian markets to shine has come and, perhaps, for a new cycle in Asia to begin.”