‘People are not paying more for discretionary items like wine’, Waitrose cautions

Retailers should keep retail inflation on wine to an “absolute minimum” as consumers are less prepared to pay for price increases in wine than in other categories, Waitrose’s wine buying manager has warned, as grocery inflation hits highest point in 14 years. 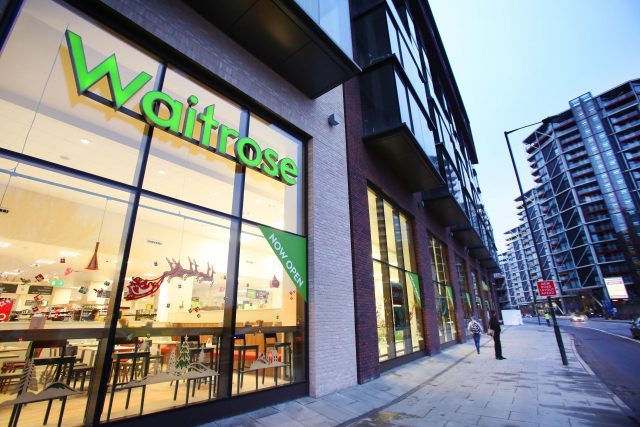 Speaking to the drinks business at a recent tasting, Waitrose’s wine buying manager Jamie Matthewson argued that the current cost-of-living squeeze was affecting more people than a ‘classic’ recessions might do – Kantar’s most recent statistics showed that grocery inflation is at its highest since the retail analyst started recording it during the 2008 recession, and despite government action to cap energy bill rises, consumers are starting to feel the bite.

“We all have a gas bill, and many have a car,” he pointed out.

Matthewson also recounted “a truth of retail inflation” is that people may not prepared to pay the price for discretionary items such as wine. Even though the whole market for staples such as dairy or pasta has moved up, retail inflation on wine need to be at “an absolute minimum,” he explained.  “In some areas of branded champagne, seen a lot of inflation – and not supporting promotions the price has skyrocketed. What we’ve seen in some categories is the average price that people pay is less.”

He said it was hard to know if people were in fact ‘drinking better’ but on balance it seemed likely.

“There’s a repertoire they buy, they have several wines they like, but that repertoire makes it difficult to read the data, as the average price has not dropped significantly,” he explained “People don’t buy one wine week in week out, they buy lots and they buy a £4.99 wine in the same basket as a £7.50 pound wine,  based on what he’s going to cook with. So if for example, people were really tightening their belts, it would be very easy to move from Champagne into Cava – but we haven’t seen a big exodus. So I think it’s more about moderation,” he said.  “The consumer is fundamentally changing what they’re prepared to drink. And there might be a bit of brands swapping or a bit more shopping on promotion, but roughly our promotional participations is the same year on year, so I think mostly it’s frequency of people choosing to drink,” he said.

“Our customers tell us they love promotions, and they love shopping around the range, so they don’t want to buy the same thing week in week out. We have a very, very broad range of 1300 skus, which  is a huge, including Cellar, so in our typical branches, we have a much broader range compared to the competition, which affords us the opportunity to promote more because we’ve got more things to be able to rank. It also provides us the opportunity to be able to promote things and give people a chance to buy things that they otherwise wouldn’t have done,” he explained.

Matthewson said that although most retailers would have a hedge against the recent volatility of Sterling, smoothing out any XR volatility, if things don’t recover sufficiently, the effect of the recent sharp fall of Sterling might be felt in 12-18months.

However, he noted that what was important was “providing a great range” of both wines and retail prices. “We start at £4.99 and go up to £100s on Waitrose Cellar, so there’s something for every budget,” he said.

He noted that the retailer offer high promotions “as people love them, they love shopping the range…  and it’s an opportunity to promote things that people might not otherwise try, at say £7.99.”

The retailer has added 68 new lines for Autumn/Winter 2022, including five new parcels to its Lost and Loved range, and 13 online exclusives, including the On the QT range at Waitrose Cellar.

Jamie Matthewson said the popularity of the Loved & Found range, which refreshes half of its ten lines every six months, stemmed from “people wanting to be adventurous but feeling daunted”.

“You can easily find something esoteric or a tiny parcel but we wanted to find something different and exciting, something new they hadn’t heard of and bring it at the right price point, so if they don’t like it, they’ve not spent a fortune, but it gives them the option to try,” he explains. “We try and keep the prices as low as possible. It’s not really a money-making exercise, it’s much more about introducing people to new varieties.”

Although one of the former Loved and Found range, a Mencia from Spain, proved so popular it was adopted into the main range Matthewson said this was rare. “It’s really difficult for exciting, different styles to break through and replace something that’s already on shelf,” he said, partly due to space on shelf.

“We have a space in branch for the Loved & Found range, so it’s not a one in one out, so the very successful ones will go into their ‘home’ category, by country, but obviously the buyer has to find space for that,” he explained.

Thirteen additions have also been made to Waitrose Cellar including a new On the QT parcel.