Over two nights, four of New York City’s best cocktail bars will be offering Londoners a taste of the Big Apple in Covent Garden’s NoMad hotel. 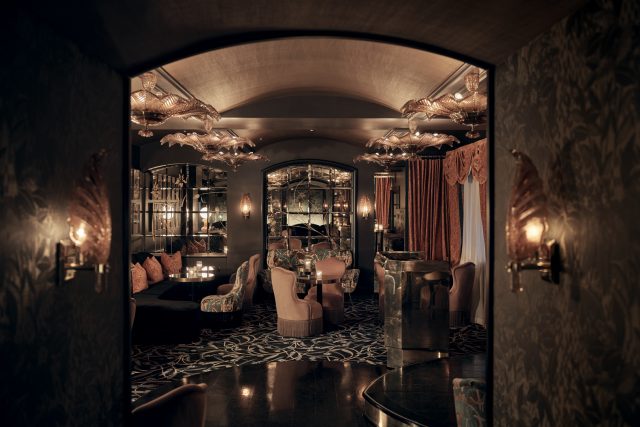 The New York on the Run takeover will see four back-to-back pop ups at Common Decency, NoMad London’s newly unveiled subterranean cocktail bar from Friday 21 October to Saturday 22 October. Each spot will showcase some of these bars’ favourite cocktails, as well as ones specially crafted for the event.

On Friday, from 6pm to 9pm, Mister Paradise founder Will Wyatt will be shaking up a mix of disco drinks, such as Party Lobster and Two Way Petting Zoo.

After that, Attaboy, recently named number 22 in the list of the World’s 50 Best Bars, will be in the spotlight. General manager Haley Traub will be serving modern classics such as Pencillin (Sam Ross’ now-famous concoction of Scotch, ginger, lemon juice and honey that’s as good a remedy as any), and also a twist on an Irish Coffee.

Then, on Saturday, Joey Smith of Chez Zou in Midtown Manhattan will be taking command of the bar, and there are promises of Piña Coladas with a twist.

Afterwards, capping off the two-night celebration of NYC’s cocktail culture, Overstory’s Harrison Ginsberg will be bringing his reimagined cocktail recipes and new-age approach from New York’s Financial District to London.

Ironically, for an event called ‘New York on the Run’, the NoMad hotel is in the building that once housed the Bow Street Runners’ police station.

This article was originally published by Wine List Confidential and has been shared with permission.