Moët & Chandon has introduced a new ‘multi-vintage’ cuvée to the UK market. Named Réserve Impériale, it is described as a “fuller, richer style for gastronomy.” 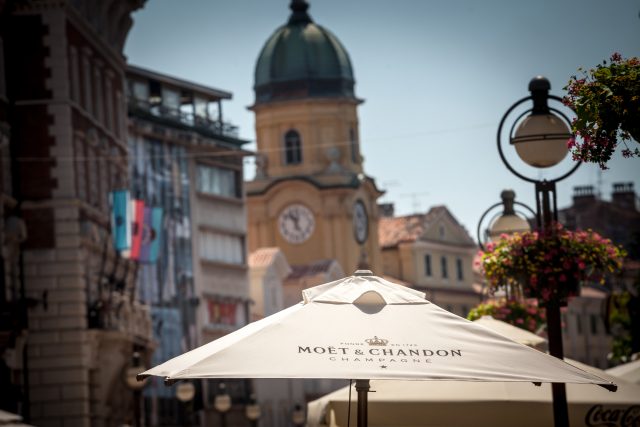 It’s a wine that was originally made for the Italian on-trade market and to date has only been available in Italy and France. Now, Moët’s Réserve Impériale is available to UK consumers.

“We first made this Champagne around 25 years ago in response to calls in Italy for a Moët wine created specifically for service in restaurants,” explains chef de cave Benoît Gouez. “In answer, we developed a cuvée with the signature taste of Brut Impérial but whose winemaking is designed to give a fuller character. This meant that when we heard this same call from the UK, we were ready.”

Introducing the wine in London this week, Marie-Christine Osselin, who is part of Moët’s winemaking team, said it was introduced in Italy, “because they were not comfortable with serving the regular Brut Impérial, as it was everywhere”.

In effect they wanted a ‘gastronomic Champagne’ specifically designed to accompany food in the restaurant sector, something Osselin says “with more intensity, that’s positioned between Brut Impérial and Grand Vintage [in price and style]”.

While Brut Impérial reflects the overall vineyard plantings in Champagne and is thus a roughly three-way mix of the three dominant varieties – with what Gouez calls “a large third” of Pinot Noir, plus smaller thirds of Meunier and Chardonnay – in the new wine Pinot Noir accounts for between 40 and 50% of the blend, with around 20-30% each for Chardonnay and Meunier.

As Gouez says, they are looking for “a more vinous and warm palate which combines well with the density and freshness while being further enhanced by an additional six months ageing in the cellar before release”.

Interestingly, while Gouez has been regularly reducing the dosage used in both Grand Vintage (now typically an Extra Brut style at 6gm/l or less) and Brut Impérial, now down to 7gms/l (while when he joined the company in 1998 it was more like 13-14gms/l), Réserve Impériale has a higher dosage.

Previously, this was 9gms/l, although in the blend we try, perhaps because it is based on the very warm 2019 harvest, it has been reduced to 8gms/l.

As well as using more Pinot Noir based on the more generous taste profile they are looking for, the other most interesting development in this cuvée is that the dosage liquor is aged in oak casks.

Moët & Chandon Réserve Impériale is now available through independent wine merchants with an RRP of £45 a 75cl bottle.