Houston Astros starting pitcher Lance McCuller Jr. helped his side to victory against the New York Yankees, despite sustaining an arm injury from a bottle of Champagne the week before. 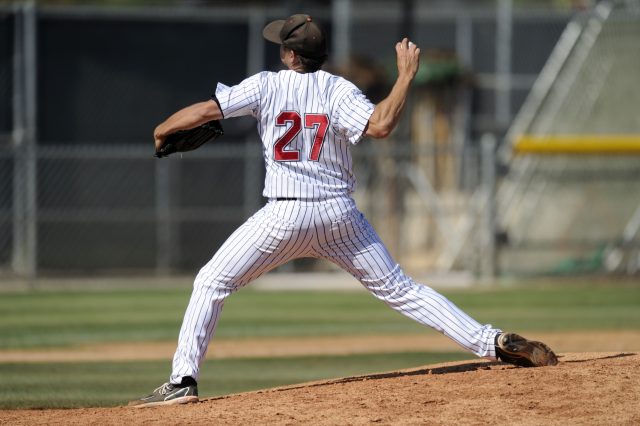 While sparkling wine bottles can cause injuries due to corks firing into eyes or other soft tissue (as happened to two stage winners at this year’s Giro d’Italia), but McCullers Jr. sustained a somewhat different wound. During celebrations after the Astros’ victory against the Seattle Mariners in Game Three of the American League Division Series, the right-handed pitcher was accidentally knocked on the elbow by a fellow player holding a Champagne bottle.

While there was some swelling, McCullers Jr. insisted that, with a bit of rest, he would be okay: “Earlier in the week, we thought it would be beneficial to give me some days off, let everything settle down and give me an extra day to go [in] Game Four. It was really no one’s fault. It was just an accident, so it’s not a huge deal.”

But, despite the damage not being severe, the injury certainly looks sore judging by a photo shared by Astros reporter Michael Schwab. Readers of a sensitive disposition are warned that the image below might make them uncomfortable:

The severity of Lance McCullers Jr’s injury after getting hit by the champagne bottle can’t be said enough. He was hit right by his TJ scar.

The good news was there was no structural damage, but it definitely was painful.

Here is how it looked a few days after. pic.twitter.com/vOWyoiQ4wk

Despite the condition of his arm, McCullers Jr.’s Game Four performance (five innings, four runs, three earned, six struck out) helped the Texan team to sweep the Yankees and reach a fourth World Series in six years. During the celebrations, perhaps wisely, he wore an elbow pad in case of any stray Champagne bottles:

No champagne mishap this time. Lance had a pad over his elbow pic.twitter.com/X56I3UItYI

In other baseball drinks news, a Yankees fan was recently snapped drinking his beer in a rather unusual way.