One of the UK’s largest direct-to-consumer wine merchants, Laithwaites, is upping its commitment to sustainability, rolling out a new carbon-measuring tool for all of its producers and aiming to double the amount it ships in bulk. 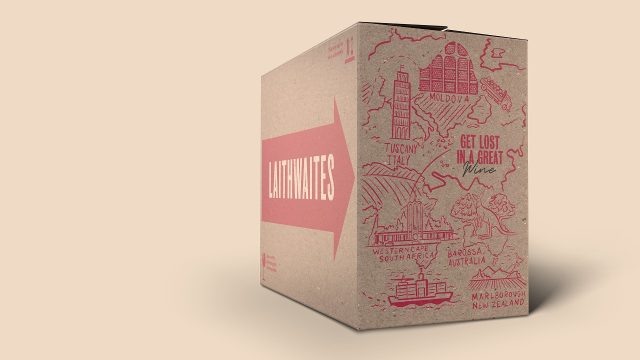 Speaking at a recent tasting, Nick Taylor, group buying director at Laithwaites said that sustainability was becoming more of a consideration in terms of souring and in how it talked to its suppliers.

Last year the company worked with a specialist consultant to undertake a full study of its end-to-end supply chain, including both its own businesses and third party wine suppliers, shipping, logistics, and dry goods, to establish a baseline of its carbon footprint across its scope 1, 2 and 3 emissions.

It’s big aims including halving its scope one (direct GHG emissions) and two emissions (indirect emissions) by 2030 and reducing scope three emissions (those accrued along the supply-chain) by 25% within the same time-frame. In the interim, Taylor said that it was working on bringing down bottle weights, and offsetting carbon for all of its deliveries to the home to help bring down those emissions over time.

However, he noted that off-setting was only “a short-term strategy”.

“It’s not where we want to be – it moves us in the right direction, but it’s absolutely not the answer longer term,” he said. “We’ve seen a lot in the press around green washing and it’s something that we’re incredibly aware of and sensitive to as well.”

“A really essential part of achieving net zero target by 2050 is working hand in glove with our suppliers.” he added. “A big focus has been a carbon calculator that we’re working on so we’re trying to build our own bespoke calculator, which will be really relevant to the wine industry and also to the wine production. We think it’s really important that we’re able to measure what’s going on in the foreign supply chain. So our suppliers through exactly what we’re trying to do that and hopefully they will start with and that will give us a much better visibility of what’s going on.”

He said the team had been “very open and transparent” with its suppliers about some of the challenges that it faces to address these targets.

In terms of reducing its scope three emissions – by far the most difficult area for a company – Laithwaites’ main priorities are practical, including exploring options for low carbon bottles and alternate packaging and well as “significantly” boosting the amount of wine that it ships in bulk.

Transport and glass packaging account for 68% of Laithwaites carbon footprint – vs grape growing and winemaking which are 15% and 17% respectively, the company told db in January.

“We launched the UK first post recycled wine glass bottle  and increased our sales bag-in-box in the UK by 420% year-on-year as well as launching our first paper bottles with an English low carbon footprint wine, and this this month launched wine in one litre Tetra packs,” he said. “I wait with bated breath to see what the consumer feedback to that will be.”

He said that aluminium cans hadn’t worked as well for Laithwaites as it had for other companies in the impulse retail but it was on track to double its shipments in bulk.

Taylor noted that they team were approaching this “very much from the point of view of humility in this field.”

“We absolutely do not have all the answers. We need to work with our suppliers and with our peers – people that we ordinarily call our competitors, but I don’t think that there are any competitors in this space. We have to work with the rest of the industry because we have a responsibility to the next generation of customers or winemakers, wine growers, and employees,” he said.