From the genre’s origins in 18th Century literature to Hammer horror films, gothic tales have often used wine as a narrative device… 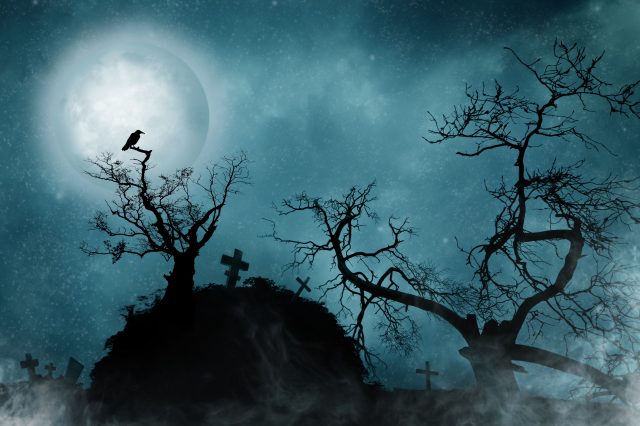 Horace Walpole’s 1764 novel The Castle of Otranto established many of the tropes of the gothic genre: an oppressive landscape, supernatural apparitions, an eery castle, lust, and, of course, plenty of death.

While wine is by no means ubiquitous in the story, it does contribute to the overall setting, with Manfred, the main antagonist, partaking of a few goblets: “…the Prince [Manfred], to raise his own disordered spirits, and to counterfeit unconcern, indulged himself in plentiful draughts, though not to the intoxication of his senses.”

As Otranto is situated in Puglia, it might be tempting to assume that Primitivo is being poured, but given the variety wasn’t introduced until around the time the novel was written and it is set in the Middle Ages, this is unlikely.

Of course, a good wine collection is worthy of any villain. In The Bloody Chamber, Angela Carter’s reimagining of the story of Bluebeard, the murderous marquis has quite the cellar: “…dungeons we had in plenty although they had been converted to cellars for his wines; the dusty bottles inhabited in racks all those deep holes of pain in the rock on which the castle was built.” Carter is also probably playing on the other meaning of “rack” as an implement of torture.

Edgar Allan Poe’s The Cask of Amontillado is a cautionary tale about the pursuit of fine wine. Montresor’s precise motive for wanting to murder his friend is unclear, but it becomes apparent that the not-so-aptly-named Fortunato is not quite the connoisseur he makes himself out to be. As well as joking that a friend “cannot tell Amontillado from Sherry”, overlooking the fact that Amontillado is Sherry, he also does not savour the wine he tries, quaffing a glass of Graves Bordeaux “at a breath”.

Lured further into the crypt by the promise of sample from a “pipe” (a cerca 500 litre barrel) of Amontillado, Fortunato is entombed alive. A sobering reminder to be wary of tastings that seem too good to be true.

As a demonstration of the creation’s crudity, and as if to compare it to a picky child, Shelley makes a point of the creature finding wine unpalatable when he escapes into the outside world: “I greedily devoured the remnants of the shepherd’s breakfast, which consisted of bread, cheese, milk, and wine; the latter, however, I did not like.”

Perhaps the most famous gothic novel of all, Bram Stoker’s Dracula offered Victorian readers a truly terrifying tale that has endured to this day. Upon arriving at the castle in Transylvania, the hapless Jonathan Harker is offered a bottle of Tokaji to go with his roast chicken, salad and cheese. Later during his stay he drinks a Golden Mediasch (Mediaș being a Romanian town known for its winemaking), noting that it “produces a queer sting on the tongue” but was not “disagreeable”.

Of course, ever the host, the parasitic Count Dracula himself does not eat or drink, or, at least, he doesn’t to Harker’s knowledge. It wasn’t until the 1931 film adaptation starring Bela Lugosi that the now iconic line “I never drink…wine” was uttered. In the 2020 BBC reimagining of the story, Dracula refers to his various victims as “vintages” and drinking blood from crystal wine glasses to convey his sophistication. He might be undead, but he still has taste.

The arrival of glorious technicolor also helped to further this association when gothic horror made it to the big screen thanks to Hammer Film Productions. Bright crimson liquid in the glass evoked the luridly-coloured fake blood that was used on set.

The association between blood and wine long pre-dates the film industry and Stoker’s creation. The vampiric thirst for blood has been interpreted as a grotesque inversion of the Eucharist, perhaps fitting given that, according to some, Judas Iscariot was the first vampire. Whereas sacramental wine taken at communion represents/is (depending on your view of transubstantion) the blood of Christ and serves as a form of spiritual union, the Count drains the blood of his victims to gain power for himself.

Gothic horror is often allegorical. The temptation to sin, be it carnal or material, is a key narrative force capable of transforming men into monsters. The pursuit of earthly pleasure can also result in exposure to unearthly horrors. As Fortunato realises when he finds himself in an early grave, a thirst for wine can be deadly.