Bombay Sapphire has partnered with world-renowned film director Baz Luhrmann to launch a multi-million-dollar global campaign called ‘Saw This, Made This’ to inspire people’s creativity. 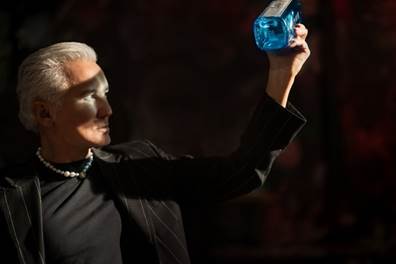 The creative call-to-arms, which rolls out across ten markets including the US, UK, Spain, Italy, Germany, Australia, New Zealand, Brazil, Greece and the Netherlands, aims to encourage everyone – from creative novices to creative leaders – discover the creative inspiration that exists all around them. It is inviting people to capture and share on social media what they see in the world that inspires them as well as what they have subsequently made, using the hashtag #SawThisMadeThis.

Submissions can be viewed on an evolving online gallery and Luhrmann will share the submissions finds most creatively inspiring on social media.

To get people’s creative juices flowing, the campaign will collaborate with hundreds of artists and creators from a variety of disciplines, to feature before-and-after ‘Saw This, Made This’ videos and photos in order “to demonstrate how people can reframe the world around them and turn that inspiration into creative expression”, the company said. This includes mixologists who have created Bombay Sapphire cocktails, including Julia Momose of Kumiko in Chicago and Valentino Longo of Shoshin Art Club in Miami.

The campaign will also include a short film from Luhrmann’s personal archive featuring never-seen-before footage of the creative visionary talking about the experiences that have shaped his own creative process, as well a short film directed by award-winning advertising director Juan Cabral, inspired by Cabral’s native Buenos Aires that invites viewers to look around and see the world differently.

The campaign will culminate in a showcase next April in collaborating with global art organisations in London and New York, including London’s Design Museum.

Natasha Curtin, global vice president of Bombay Sapphire said they were thrilled to be collaborating with visionary creative champions on our latest mission to stir creativity in people around the world.

“For over thirty years Bombay Sapphire has collaborated with creators and artists with the purpose of giving support to and building a platform for creative self-expression. Like Baz and Juan, we believe in the importance of creativity – it is an essential part of what makes us human. With this campaign, we set out to show that creative inspiration is everywhere and to encourage people to reconnect with their own creative side.”

Creative director Baz Luhrmann added that everyone was inherently creative. “By partnering with Bombay Sapphire, I want to encourage people everywhere to think about how they can turn the ordinary into the extraordinary and share this inspiration to make the world a more creatively nurturing place.”