Drinks company shares have fallen out of favour as international stock markets have taken a battering so far this year. 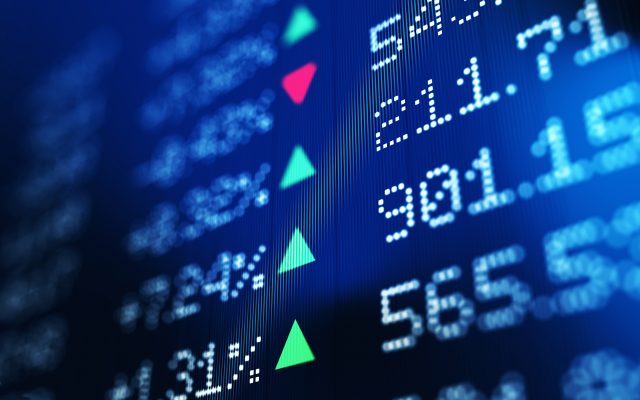 Despite their reputation for being reliable performers during a period of turmoil, the global wine and spirits giants have followed the markets down in response to the intensifying crisis in Ukraine, the resultant chaos in the energy markets, a sudden rise in interest rates – and in the case of the UK a change of monarch and jitters about the new government’s economic policies.

During the pandemic investors backed the big alcohol producers for their fleet-footedness in adapting their business models to address the rapidly changing patterns of consumption such as the switch to drinking at home and the boom in cocktails.

Consequently drinks shares were among the best performers as the world came out of lockdown, soaring in 2021 after displaying resilience in late 2020.

Today, however, they are on a different trajectory as investors take a less sanguine view of prospects despite a chorus from chief executives explaining that they have not seen consumer reaction to the increased prices they are taking to combat input cost inflation raging from raw materials to transport.

Surprisingly to some, London has remained one of the more stable places to invest. The FTSE 100 index of big companies has lost just 7% since the turn of the year compared with Wall Street falling by more than 18% and Paris by 20%.

By comparison, the world’s biggest premium beverage alcohol producer, Diageo, has seen its shares fall by a little more than 6% since last Christmas, whereas European-based rivals have fared far worse.

Despite all returning recent bumper double-digit organic growth numbers of up to 20% and sticking to forecasts of further progress in the 6% to 9% range in the current year, their shares have followed stock markets down.

Pernod Ricard’s are down by 13% despite announcing its best ever results at the start of September. LVMH has shed 17% in value, Remy Cointreau has fallen by 20% and Davide Campari Milano has suffered a 30% slump.

Across the Atlantic, however, both Constellation Brands and Brown Forman have weathered the storm much better than Wall Street overall.

Their shares have both fallen by about 7% and 5.5% respectively this year, cushioned by the perceived better prospects for the US economy and strong investment news.

Constellation has unified its previous two-tier share structure – a measure investors liked – and has reached agreement on the site of its new mega-brewery in Mexico to meet surging demand for the premium Modelo and Corona brands,

European tariffs on bourbon have been removed and Brown Forman is expanding its facilities at Lynchburg. It has also landed what could be a transformational deal with Coca-Cola to produce an RTD version of Jack [Daniels] and Coke. A trial market will start in Mexico before Christmas.

The most resilient performance has come from Treasury Wine Estates whose shares have shed less than 1% of their value since Christmas, largely on the basis that they were weak enough following the imposition of China’s punitive tariff regime on Australian wines combined with a recognition that chief executive Tim Ford has taken sufficiently drastic action to steady the company and make its equity look comparatively attractive.

The problem is that drinks groups’  yields to investors ­- the percentage of a company’s share price that it pays out in dividends each year – are low.

As a guide, the companies in London’s FTSE 100 Index, have yielded a combined average of 3.9% over the past five years. Today only Diageo is offering just more than 2%, Campari less than 1%.

There are more attractive propositions in other sectors despite the potentially greater risks in investing in them.

Because its share price is less than half of what is was before the pandemic and China dealt the dual blows, Treasury Wine Estates is the odd one out, offering almost 4%

FTSE 100 yields have generally risen across the board as share prices have dropped during the latest market turmoil following the mini-budget (aka “fiscal event”). That has put drinks shares further in the shadows.

Meanwhile, two separate events this week will be followed with interest.

Tomorrow, Diageo will update its shareholders at their annual meeting on its trading performance in the first couple of months of its present financial year.

He is overpaid compared to the average employee, getting almost 70 times as much pay, according to influential shareholder advisory group PIRC, which has recommended firing a warning shot by voting against the resolution on the board’s pay.

But given the progress Diageo has made in the nine years under his stewardship – the share price has more than doubled and the dividend has increased every year – he would seem safe, especially as his package of £7.9 million last year is not excessive by comparable standards and is benchmarked against performance.

On Thursday, Constellation Brands will report its latest numbers, which will be heavily scrutinised for trends in America. Are there signs of consumer resistance to its price rises and how successful is it in  mitigating continuing input cost increases.

There will also be interest in whether the American group says anything about possible mergers and acquisitions – the rumours about energy drink giant Monster refuse to die.