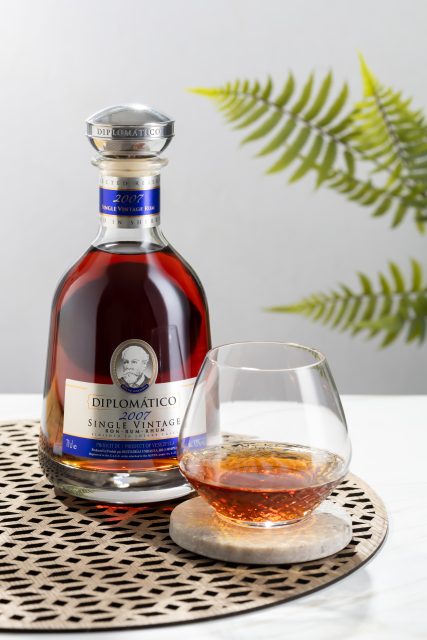 The new serve has been released following the announcement earlier this month that Brown-Forman has reached an agreement to purchase the Diplomático Rum brand and its related assets from Spanish company Destillers United Group S.L. for an undisclosed sum.

The deal for the Venezuelan brand also involves the acquisition of a production facility in Panama. Brands already in the Brown-Forman portfolio include Jack Daniel’s, El Jimador Tequila, Finlandia vodka and Chambord.

Diplomático Single Vintage is crafted from special rum reserves identified by the rum brand’s master blenders, collating vintage batches from what they consider to be exceptional casks.

Rums distilled from the same year have been aged for 12 years mainly in ex-bourbon barrels and single malt whisky casks. After blending they are finished for one extra year in fine Oloroso sherry casks.

Nelson Hernandez, master blender for Diplomático Rum, said of the new release: “With a bright dark amber colour, the 2007 Single Vintage opens with harmonious notes of ripe red fruits accompanied with aromas of vanilla, spices and chocolate that provide a delicate and subtle aromatic balance.”

He added tasting notes of “ripe fruit, wood, chocolate and coffee” on the palate, “adding a composed roundness and smoothness that leads to a long-lasting and velvety finish”.

Single Vintage 2007 is rounder and smoother than its predecessor, according to a release put out by the brand. The UK launch of the new serve will be distributed by Speciality Brands with an RRP of £105.