If you love fine white spirits, cocktails, and exploring the endlessly diverse world of drinks, then there’s a product you need to know about – that is, if you haven’t heard of it already. Called DAIYAME 40, it’s one of the must disruptive drinks to arrive on the bar scene this century. Housed in a straight-sided, fluted black bottle with gold lettering, it’s distinctive and beautiful. But it’s what’s inside that really counts: a Japanese shochu that’s been designed with the world’s top bartenders and most discerning drinkers in mind. 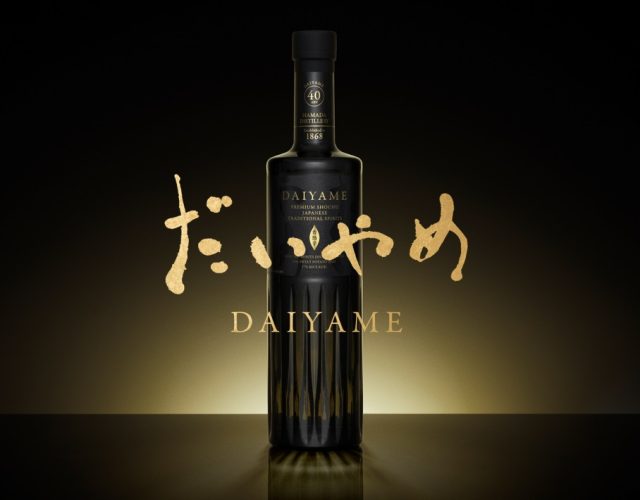 While Japanese shochu normally contains around 25% alcohol by volume, DAIYAME 40 – as its name alludes to – has 40% abv. That’s not all. It has been crafted to be powerfully-flavoured and deliciously smooth, mixing a subtle sweetness with a gently peppery fiery edge, while bursting with exotic fruit characters, above all lychee – with its ripe melon and rose petal notes.

The result is a drink that’s unique, appealing and approachable; a white spirit that could be sipped neat, mixed with tonic or soda, but also, notably, incorporated into a range of cocktails. Not only is it the modern face of shochu, but also a high-class drink, both in terms of appearance and product quality, making it ideal for the sophisticated cocktail connoisseur, especially those looking to sample this ancient Japanese spirit.

Bearing in mind the nature of this newcomer, it may surprise you to learn that DAIYAME 40 is made by the Hamada distillery, a revered and historic producer that was founded in 1868. But on the milestone occasion of the producer’s 150th anniversary in 2018, the DAIYAME brand was launched as a contemporary-looking and groundbreaking product, employing a word used in a local Japanese dialect to describe the moment one sips shochu to relieve fatigue. Staring with DAIYAME 25 – a wonderful shochu with 25% abv – DAIYAME 40 followed soon after specifically with the aim of bringing shochu to the international bar scene and drinks enthusiasts. In essence, it’s leaving Japanese shores to rival luxury white spirits.

Aside from its bold black and gold packaging, DAIYAME 40 is groundbreaking due to an innovative and unique production process called Koujuku, in which the sweet potatoes – which are used for the base spirit – are subjected to a special maturing process before being steamed. This ensures the drink’s profile is deemed rich enough to stand up to mixing.

So how might one want to drink DAIYAME 40? One way to sample this Japanese shochu is to use it in place of gin or vodka in well-known cocktails, such as the Martini or Gin Fizz, giving these classics an appealing and exotic twist. Another approach, particularly for those looking for lighter drinks, would be to sip DAIYAME 40 in a highball with tonic or soda water. Meanwhile for the more adventurous, this distinctive spirit would make a great base for creative cocktails, employing a range of ingredients to balance the floral, fruity flavours in DAIYAME 40. The gentle tang of citrus such as pink grapefruit or blood orange would work well with the sweet lychee character of DAIYAME 40, or, should one want something Japanese, the lime-like flavour of the nation’s yuzu fruit . On the other hand, you could drink DAIYAME 40 neat or on the rocks.

For these reasons, DAIYAME 40 – which is made entirely with natural ingredients – should appeal to the innovative mixologist, wherever they are located. But it should also be on offer at any fine establishment where Japanese fayre is being served. Indeed, this luxury shochu could be a great partner for sashimi, or an ideal ingredient for a pre-dinner cocktail at a top-end Japanese restaurant. After all, it is in such places where consumers are likely to be most open to trialing Japanese luxury drinks such as DAIYAME 40.

However, this uniquely fine white spirit would be at home in any setting featuring upmarket cocktails. In other words, you don’t have to be interested in Japanese drinks or food to enjoy DAIYAME 40. 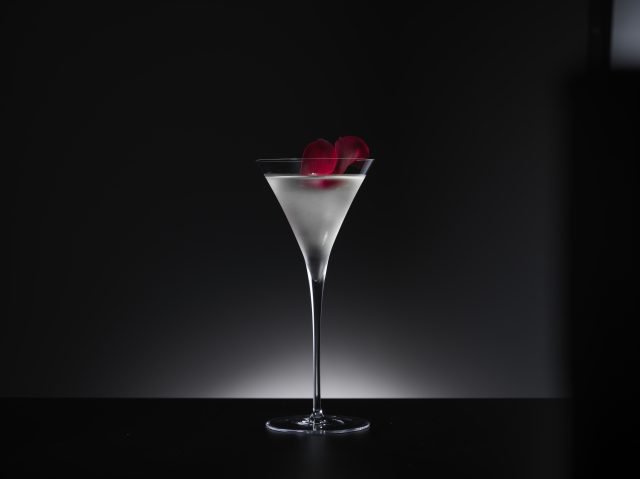 Where to sample it in October?

DAIYAME 40 will be at Bar Convent Berlin (BCB) on 10-12 October at the vibrant German city’s exhibition centre. The Japanese Shochu can be found at the Ginza Berlin stand (stand number: 20 A42), Germany’s specialist importer of high-quality Japanese spirits, above all shochu.

DAIYAME 40 will also be present on 14 October at Birmingham’s Shibuya Underground, where guests can sample the Japanese shochu in cocktails for £9.50 each, which will be made by Gento Torigata – a Japanese chef and bartender now living in London.

DAIYAME 40 is a Japanese shochu with a 40% abv. It is made with 100% natural products and uses the Koujuku method that sees the raw ingredient of sweet potatoes amplified to produce a richly-flavoured and smooth white spirit.

DAIYAME 40 is a clear, colourless spirit with a great aromatic complexity, comprising scents of peach and orange blossom, blackcurrant and wet woodland. The palate is richly-flavoured, with characters of lychee, rose petals, and blackcurrant leaf, mixing fruity, floral and vegetal notes. Texturally, there is a soft sweet core followed by a dry, slightly fiery, spicy finish.

How to drink it?

DAIYAME 40 can be sipped neat, drunk on the rocks, or incorporated into a range of drinks. It is particularly well-suited to serving in highballs with soda or tonic water or as an alternative to vodka or gin in cocktails such as the Martini. 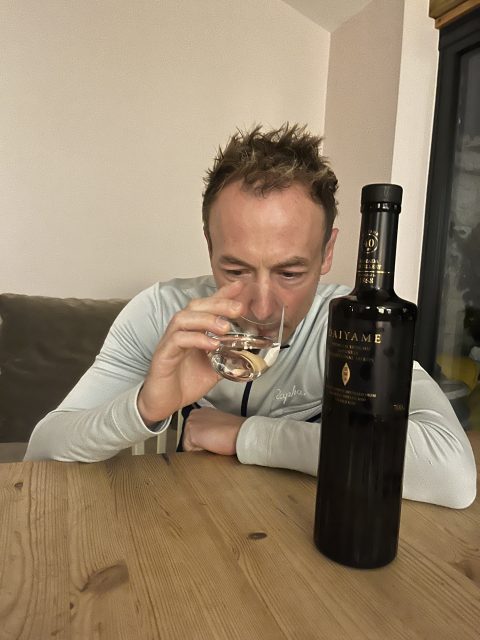 What are the special features of the bottle design?

The design of the DAIYAME 40 bottle was based on the ancient Japanese Yamato ratio, which has been used in many architectural structures, such as the Golden Hall of Horyuji Temple and the five-story pagoda.

The cylindrical part of the bottle is composed of the upper part (plain) and the lower part (cut) = 1:1.414.

The design is based on the harmonious vertical lines of Western-style rocks glasses, with the addition of elements developed from the ‘shizuku’ shape.

According to DAIYAME 40, “the bottle’s silhouette is a harmonious combination of Japanese aesthetics and Western decorations, embodying a world view befitting a fine spirit from the shochu kingdom of Satsuma that transcends national borders and spreads its wings to the world”.