Climate change in the Douro: ‘Organic is not the solution’

Finding fixes for the challenges of climate change is high on the list of priorities for many winemakers the world over. But when it comes to solutions, the most obvious choice may not always be the right one. 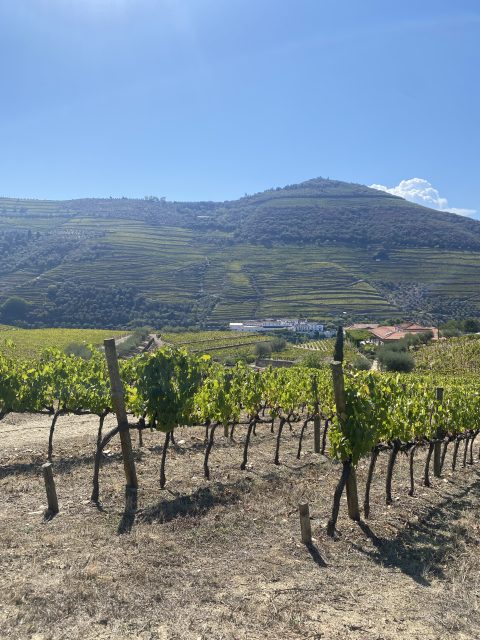 If this year’s European heatwaves have shown us anything, it is that climate change is an imminent problem, not a future one.

Judging by this year’s Port harvest in the Douro Valley, Adrian Bridge, CEO of The Fladgate Partnership, would have to agree.

“Concerns are about climate change, and what we are doing, and that’s a global concern, not specific to the Douro Valley,” he says. “But obviously, years like this remind people how important it is, and how urgent it is to act.”

Bridge has continued to lead the discussion on possible solutions to climate change challenges. This has taken place through the Porto Protocol, which he founded in July 2018. The Taylor Fladgate CEO has also set a goal to make his own company run entirely on renewable energy by 2023.

“We’re going to lead by example, at a personal level, at a family level, and at a company level. And then hopefully go on to have an influence in communities,” says Bridge.

“I feel that ourselves as a 330 year old company have a role to play in our own business, whether that’s cutting our water uses, cutting our energy uses, using sustainable viticulture in order to eliminate herbicides, changing the way we plant these hills to reduce herbicide runoff.” The list goes on.

The result was Terra Prima Reserve, released under the company’s Fonseca brand.

But for Bridge, “organic is not the solution”.

“we’re more an advocate for sustainable viticulture, which allows you to use a selective amount of products, but in a sparing capacity,” he says.

According to Bridge, “organic is not the solution because what you’ll find is that the carbon footprint of organic Port is much higher than normal Port.”

Organic viticulture, in the company’s case, requires more work from machines, with a 30% reduction in yield.

Bridge adds: “Sustainable agriculture, from our perspective, is a better way to go than pure organic, although we do make organic poured, because there are customers who want it.”

“I certainly wouldn’t advocate converting our entire business to organic because that would simply raise our carbon footprint per litre produced,” he explains.