Within the broad spectrum of winemaking philosophies seen in Spain’s Rioja region, Bodegas Roda sits firmly at the contemporary, rather than traditional, end of the scale. After all, its most expensive wine, Cirsion, is also the one that spends the least amount of time in oak – typically eight to 10 months. But then Cirsion’s story begins in the vineyard, not the cellar. 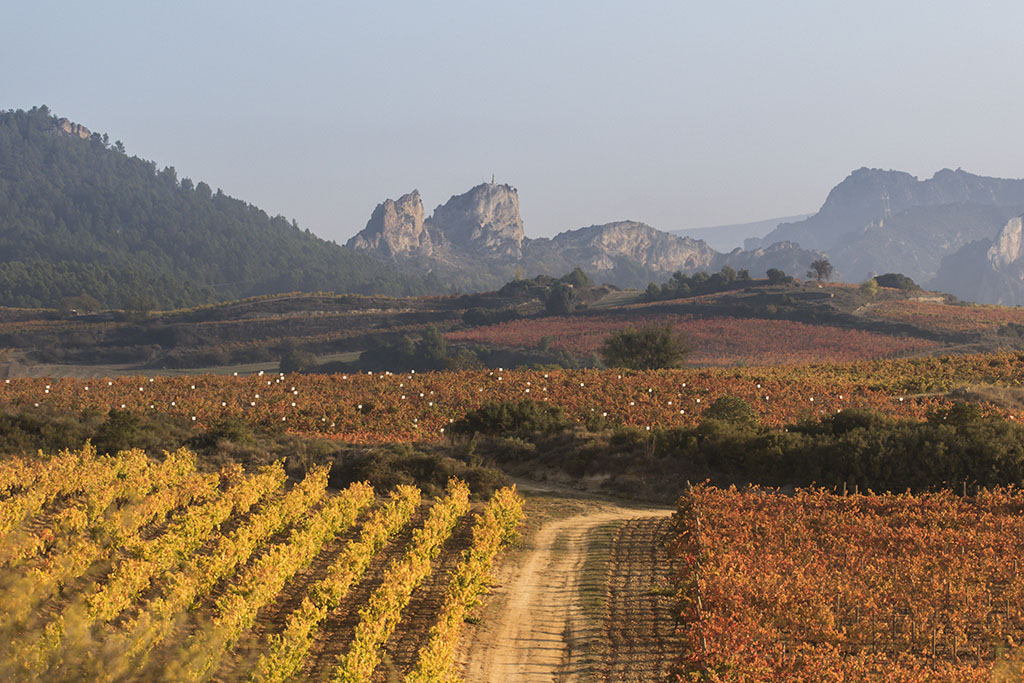 When Bodegas Roda managing director Agustín Santolaya and his team conducted detailed clonal research into Tempranillo during the 1990s – through both lab analysis and sampling grapes in the field – they made a curious discovery.

“They were in this vineyard, and they realised that, tasting the grapes, some of the vines had a very different ripening to the others,” explains Roda sales director Victor Charcán. “They were the same age, the same variety, the same soil, the same climatic cycle, but the result for those vines was very different. It was literally this vine here, that vine over there.”

The idea of making a wine from these vines in isolation involved first identifying them – “like looking for mushrooms in the forest”, as Santolaya puts it – harvesting them earlier and finding the right winemaking technique to show them at their best. Hence restraint in the use of oak.

As with stablemate Roda I, Cirsion has evolved since the first experimental barrel was filled in 1997, with Graciano included alongside Tempranillo in the blend since 2012. “Just like with Roda I, Graciano is here to stay,” Santolaya says. “It brings a wonderful freshness to the wine.” In both wines, acidity and colour are Graciano’s key benefits, rather than volume or fruit.

The newly released Roda I 2017 also has Garnacha in the blend for the first time since 1994, reflecting a year characterised by a devastating frost in late April – “It caused a lot of damage as the growing cycle was very advanced,” says Santolaya – followed by plenty of heat and an early start to picking (4 September). 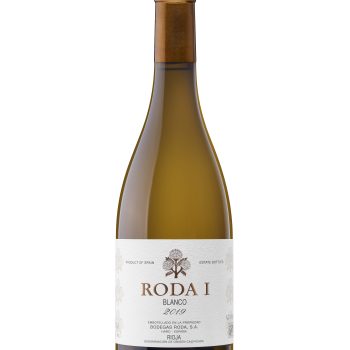 “The frost lowered the yields, and that brought an extra layer of darkness [to the Garnacha],” Santolaya explains. “Tasting the Garnacha, it made sense to blend it with the Tempranillo.” Even so, Tempranillo dominates the blend at 90%, with Graciano accounting for 6% and Garnacha 4%.

The aim with Roda I is to express the black fruit character of Tempranillo, marrying concentration with minerality, in contrast to the Roda (once known as Roda II) expression’s emphasis on red fruit and elegance. “We play with a lot of different vineyards, but we don’t make any single vineyard wines,” says Santolaya. “Our wines are an assemblage.”

He sums up Roda’s winemaking philosophy as “bottling landscape and vintages” – meaning that, as well as aiming to capture the essence of terroir, the company sees vintage variation as something to be embraced, rather than feared. Thus Roda I 2007 has a petrichor character that reminds Santolaya of the spring rains of the year, while 2004 is dubbed la miraculosa as a potentially disastrous harvest was rescued by a late shift in the weather.

Where Rioja’s growing season can veer between Atlantic and Mediterranean in character, conditions are very different for Bodegas La Horra, Roda’s Ribera del Duero venture. It may only be an hour or two’s drive from Haro, and the grape variety may be the same (aka Tinto Fino/Tinta del País), but Rioja and Ribera del Duero are, says Santolaya, “two different worlds”.

The La Horra vineyards offer “a pure expression of a continental climate”, with greater solar radiation thanks to vines planted at 800-850m, versus about 450m around Haro. There are cold winters, hot summers and huge diurnal temperature shifts to push phenolic ripeness, colour and tannins. Meanwhile, soils swap Rioja’s sandstone for “a wonderful game between sand and clay”.

Santolaya says the company went to Ribera del Duero “with a free mind”, soon deciding that they wanted to avoid three perceived excesses: too much ripeness; too much maceration, tannins and colour; too much oak. “We keep learning,” he says. “At first, there were some people telling us that our [Corimbo] wines were very good – that we were making Rioja in Ribera del Duero. 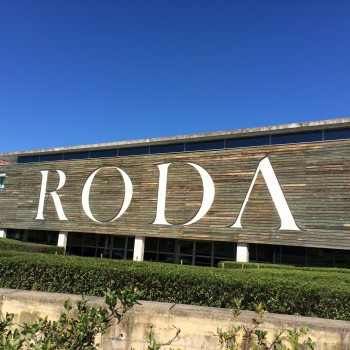 “But we just wanted to make something different, avoiding those excesses. The appellation, we believe, is now evolving in the right direction. Now you can find a good development and more terroir in the wines.”

A similar philosophy of making a serious wine with restraint underpins the newest addition to the Roda family, the company’s first commercial white wine. Roda I Blanco 2019 all but upstaged the red pairing of Roda I 2017 and Cirsion 2019 when all three were unveiled in London a week ago.

The character of the wine comes from old vines – chiefly Viura – planted on cabezadas, the upper slopes of the hills around Haro, where erosion has worn the soils away almost to bare sandstone. As with the reds, the aim was to create a wine with great ageing potential.

“We feared, bearing in mind the way we make the white wines, maybe some bitterness could crop up,” says Santolaya. “And there is a little bit, but we don’t think it’s overplayed.”

The 2019 vintage sees Malvasia and Garnacha Blanca play a supporting role to Viura, which makes up more than 90% of the blend. Here the restricted yields of the old vines are the key: while the limit for the region is 9,000kg/hectare, Roda gets only about 4,000kg/ha.

“Viura is a grape variety for white wines, but it’s one you need to control,” says Santolaya. “You need to control the yield … [and] a big challenge always with white grapes is health.” Here the hot, dry conditions of the 2022 growing season have one undeniable benefit – wonderfully healthy grapes.

While availability of Roda I Blanco 2019 is restricted to 4,000 bottles or less, the winery has increased quantities in the following vintages. Nonetheless, this will remain a small-production wine – limited by the inherent difficulties of finding vines of the right age, location and potential.

Cirsion 2019, Roda I 2017 and Roda I Blanco 2019, plus other Bodegas Roda/Bodegas La Horra wines, are available in the UK via Mentzendorff.