Traditionally, the Chinese market has lapped up big, bold red styles from Aussie regions such as Barossa Valley. However, tariffs imposed by China of up to 200% on Australian exports have put paid to this, with a surprising benefit. 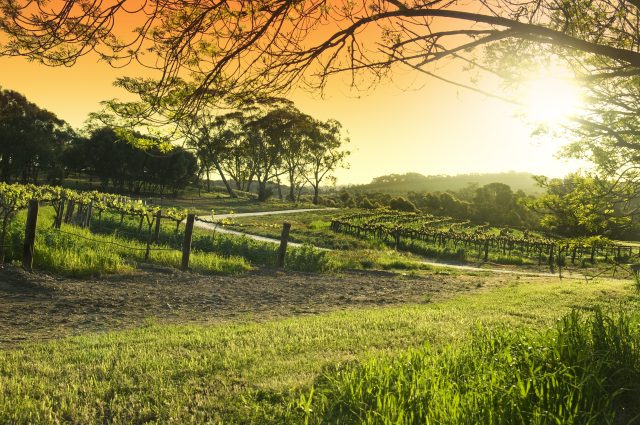 “The Australian regions most impacted by the sky-high China tariffs are those that produce Shiraz and Cabernet Sauvignon. That means Barossa for Shiraz, and Coonawarra and Margaret River for Cabernet,” Emma Robinson, Australia buyer for Enotria & Coe tells the drinks business. “As a result, Australian producers have got too much Shiraz, which gives buyers more negotiating power.”

There is, however, an unexpected silver lining to sales bottoming in Australia’s more robust reds.

“There has been an interesting parallel going on, where sales of these bigger reds have been dented but lighter reds and minerally, elegant Chardonnays have reaped the benefits,” says Steve Flamsteed, chief winemaker at Giant Steps, based in the Yarra Valley. “It’s been a pretty good flipside for producers like us.”

As a result, the trajectory of Australian Grenache is now rocketing. “People are realising that lighter-bodied, perfumed reds have the biggest gastronomic potential,” says Flamsteed. “Grenache, Pinot Noir, Gamay, or a blend that includes these varieties, will be huge in the coming year. Their natural acidity makes them fantastic for food pairing.”

The recent renaissance for Grenache, a late-ripening variety, has seen some Australian producers scramble to add the grape to their repertoire, but a handful have been working with the variety for many years, and are thrilled to see it finally getting the attention it deserves.

“It’s beautifully suited to local gastronomy and seafood, balancing acid, perfume, and texture,” says Yangarra Estate’s winemaker, Peter Fraser. “As the custodians of a significant percentage of old-bush-vine Grenache, we take our responsibility for protecting the longevity of these historical sites very seriously.”

As for Australian whites, “there are some exceptional Rieslings coming out of Clare Valley and Eden Valley right now,” says Robinson. Australian Riesling, which is typically dry, “makes a nice by-the-glass alternative to Chardonnay, which is what people tend to reach for as it’s comfortable and familiar,” says Robinson.

“Riesling is a more versatile pairing wine because of its high acidity, which cuts through anything fatty or oily. It’s also a bit more consistent – you know what you’re getting, whereas there are now so many different styles of Chardonnay – oaked, non-oaked etc. that for some consumers it’s becoming trickier to understand.”

Further good news for Riesling producers is that according to  Melanie Chester, who makes wine for Giant Steps alongside Steve Flamsteed, yields for Yarra Chardonnay are down as much as 40%-50% this year.

“The chat in the pub is mainly people saying: ‘The grapes are good. There’s just bugger all of them!’. In a good year Giant Steps might produce 420,000 bottles. This year, we might be closer to 240,000 bottles.”