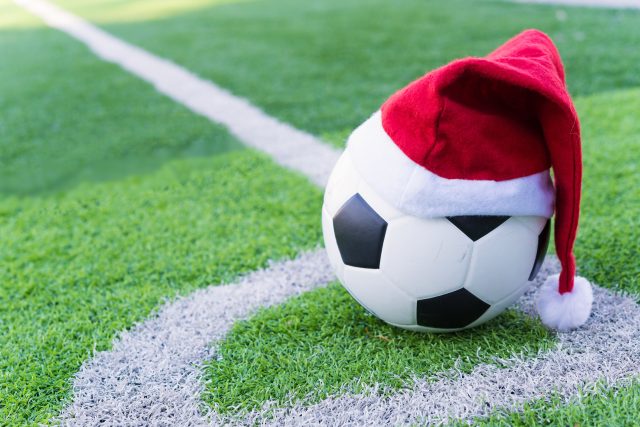 “We’ve never had a Christmas World Cup before, so this will be front and centre in the run-up to the festivities this year,” said Chris Shead, off-trade channel director, at a London event held yesterday to unveil Pernod Ricard UK’s Christmas 2022 offerings.

With football games due to be televised at 10am, 1pm, 3pm and 10pm, drinking will likely start earlier than usual, and continue throughout the day, offering a massive opportunity for pubs and bars that are planning to screen the matches.

Similarly, entertaining at home will increase. “If you’re having people over to watch the game at the weekend, you may have people turning up at your house at 10am looking for a drink,” quipped Shead.

For this reason, Pernod Ricard UK announced it will make its biggest investment ever this year, “putting more money behind our brands than we have ever done previously,” said Shead.

While beer is usually the most popular drink during a football tournament, the team at Pernod Ricard UK predicts that Christmas 2022 will be the year of the spirit.

“Cocktails matter this Christmas, and we’ll be looking to the off-trade to drive that consumer trend at home,” said Leanne Banks, marketing director.

To that end, Pernod Ricard UK is launching a range of limited edition bottles of Jameson whiskey with front labels in different colours, including magenta, green, blue and yellow, in a nod to the World Cup. Priced at the standard Jameson price of £22.50, these will add a pop of colour to home bars.

Further research by Pernod Ricard UK reveals that despite the cost of living crisis, families are unlikely to drop their spend this Christmas.

“The majority of households say they want to protect, or even increase, their Christmas spend this year,” said Ian Peart, commercial director. “There were no Christmas parties last year because of Covid, so this year everyone really wants to celebrate”.

According to Lucy Bearman, wine portfolio director, the wine that consumers will be grabbing for their Christmas table is the Jacob’s Creek Double Barrel range, comprising a Cabernet Sauvignon, Shiraz and a Chardonnay.

Made with grapes matured first in traditional wine barrels, then finished in aged whisky barrels for a deeper, smoother taste, the expressions will complement traditional Christmas dishes, and of course, the all important cheese board. Priced at £10-£12, the range is available at Sainsbury’s, Asda, Tesco and Morrisons so will be highly visible while consumers do their Christmas shop.