Will the duty-freeze be enough of a buffer for the alcohol trade?

In tough times alcohol is usually the last thing to be scrapped from our ‘luxuries’ list, but with the economy looking so bleak, will even booze sales suffer? 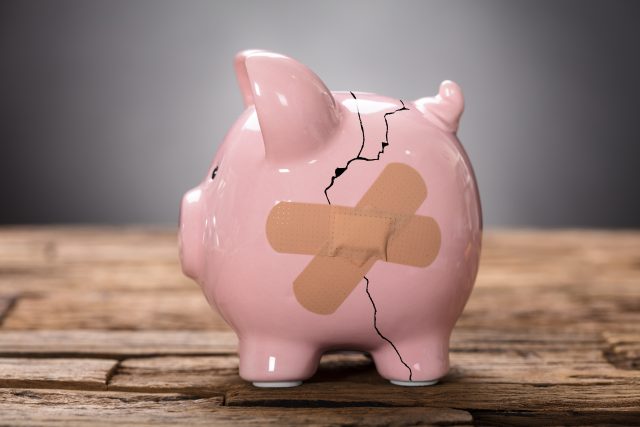 The proposition that consumers trade up to a better standard of drink during a recession is about to
be put to the test.

The notion is that they will treat themselves to a small pleasure to provide solace for bigger luxuries
they are forced to forgo. But after last week’s government measures to help combat soaring energy prices and curb inflation there are anxieties about whether that theory will hold water.

While there was relief that alcohol duties have been frozen and changes to how duties on wine are
levied have been postponed for a transitional period, there was disappointment that the hospitality
sector has not been given the rates relief it had hoped for and that VAT was unchanged.

And while consumers will appreciate a 1p cut in tax rates (next spring) and the abolition of the
planned national insurance increase to pay for social care (from November), much personal belt
tightening will be necessary.

Last week’s moves only reduce the financial pains facing consumers and businesses, they do not
remove them.

The tax changes mean that somebody on the UK’s average earnings of just above £25,000 will
take home about £205 per year more than they would have done. But even with the government’s cap on energy prices of £2,500 a year for average domestic consumption of gas and electricity, household’s fuel bills will be almost two thirds higher from the start of October compared with 12 months ago.

At the same time, the Bank of England’s 0.5 percentage point rise in interest rates to 2.25%, piles
pressure on mortgage holders. To compound matters, the money markets have priced interest rates
at 3.5% by Christmas, rising to a peak of 4.5% next year as the Bank seeks to dampen inflation.
That would equate to mortgage rates of 6.4% and although most home loans are on fixed rates
(many at around 2%), 1.8 million of those contracts expire next year. The cost of renewal will be
acute.

The implications for those households are huge; soaring energy bills, mortgage repayments and the
rising general cost of living will mean many can only retrench their spending to remain solvent.
Will they be able to afford even a token indulgence?

With inflation running at 9.9% and forecast to peak at almost 11%, the £225 “rebate” from the
taxman is welcome, but just to keep pace the average earner needs an extra £2,500 a year. The
shortfall can only be bridged via raiding savings, adding to debt or cutting back.

The notion that by abandoning the planned excise duty increases, the Treasury will “save”
consumers from paying an extra 7p on a pint of beer, 4p on a pint of cider, 38p on a bottle of wine
and £1.35 on a bottle spirits is headline sophistry. Those charges were never imposed.

But consumers have already been hit with higher prices this year, with reports of a pint in some
London outlets costing more than £8.

Costs in UK hospitality outlets are threatening the existence of many thousands of them and they
are being forced to increase prices to survive.

The cap on energy prices for businesses will last only until Easter – it will be reviewed by Christmas in
the light of global energy price forecasts and the experience of enterprises on the ground. But pubs,
hotels and restaurants have seen their fuel bills skyrocket already this year, some by a factor of five.
Add to that the extra input costs as suppliers attempt to recoup their own additional expenses (from
barley and glass to fresh foods and energy) and the line between survival and going under almost
evaporates.

Hoteliers and destination venues for events such as weddings are caught in a dilemma. Booking
agencies are demanding room rates and function prices for the period beyond next Easter with
proprietors having no idea what their energy costs will be; the six-month price cap will have expired
but no decision on any further state help will be taken until early in 2023. There are hopes it will be extended, but there are no guarantees.

Nor do restaurants, pubs and hotels have a clear idea what they will need to pay to retain staff, one
of their highest costs.

Unemployment in the UK is at its lowest level since 1974 and the myriad examples of employers
being unable to retain competent staff because of low rates of pay combined with anti-social hours
look set to be compounded.

Latest figures show that 14% of pubs and restaurants in both the City of London and in Birmingham
closed between March 2020 and June last year, when pandemic restrictions were in force. In
Glasgow 10% of all hospitality venues went under. Some have reopened under new ownership; most have not.

Other businesses from village pubs to Michelin-starred restaurants have altered their hours
(typically closed on Sunday evening and on Mondays) to make cost savings, especially on staff.
As the recession tightens, the wave of pub and restaurant failures will continue despite the widely
welcomed government efforts to stem the tide.

What about alcohol producers? Big companies hedge their energy costs but they are not immune
to price rises from suppliers such as barley merchants, carbon dioxide producers and bottle
manufacturers. Companies such as Diageo, Pernod Ricard and Heineken have been open that they are increasing prices to protect their profitability. Retailers have to absorb those increases or pass them on to the customer.

But distillers and brewers are also vulnerable to the cost of the government’s intervention package and its need for heavy extra borrowing which is already pushing down the value of sterling.

For UK importers and wholesalers that is a nightmare, especially when annual contracts with
overseas suppliers are coming up for renegotiation early in the New Year, when sterling could be at
a low point.

While the euro is an important factor in negotiations with suppliers on the Continent, the pivotal
level is the pound’s value against the dollar, the benchmark against which most international
contracts are priced. In addition, all bulk shipping rates depend on the dollar.

On the one hand the slide in sterling reduces the local cost of Scotch in the US and Asia, making it
more competitive, but on the other the lower exchange rate hits the bottom line for British-based
companies such as Diageo, which account and report in sterling.

Everybody is crossing fingers that Prime Minister Liz Truss’s “dash for growth” succeeds and that the
UK economy and the value of sterling sail into steadier waters. But in the interim everyone will be counting their pennies.