A scheme to reduce waste is set to see Singapore consumers paying a 10 or 20 cent deposit on canned or bottled drinks. 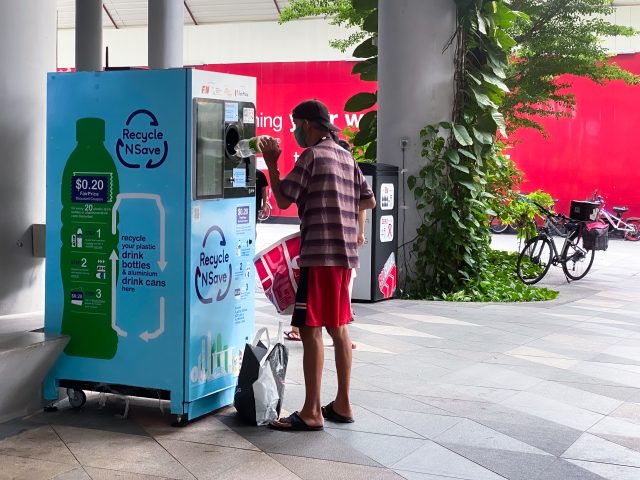 The initiative, proposed by the Citizens’ Workgroup on #RecycleRight in 2019 and first announced during the 2020 Committee of Supply debates, is reportedly planned to be rolled out by mid-2024 and will mean that deposits can be redeemed when consumers return empty bottles and cans to beverage container points.

The roll-out will involve cans and bottles being labelled with a deposit mark where consumers can claim a refund of the deposits when they return their empty beverage containers to a return point.

Return points will be set up at all supermarkets that are larger than 200 sq m. Other possible return locations include smaller convenience stores and local community centres.

The National Environment Agency has invited the public to share their views and suggestions linked to the scheme by 14 October 2022 so that it can consider all perspectives fully before proceeding.

In Singapore, it is estimated that more than 1 billion pre-packaged drinks, such as those in plastic bottles or aluminium cans, are supplied across the country annually.

Similar schemes for packaged drinks have already been implemented in approximately 50 other markets, including Norway, Germany, Croatia, and Australian states such as New South Wales and Western Australia.

Based on the performance of other existing recycling schemes, it is predicted that up to 80% of empty drinks containers could be returned for recycling under the proposed return scheme helping to reduce waste considerably.

Dr Amy Khor, senior minister of state for sustainability and the environment, said: “The beverage container return scheme has the potential to significantly improve our beverage container recycling rate. It will be a step forward in the way Singapore manages our packaging waste. We encourage everyone to use this public consultation to share their views and suggestions on how we can make this scheme a sustainable one that works for Singapore.”

The drinks container return scheme will be on target to contribute towards Singapore’s goal to reduce the amount of waste sent to the landfill per capita per day by 20% by 2026 and 30% by 2030, as well as boost its national recycling rate to 70% by 2030.