Last week, the premium drinks company announced record annual sales, yet Pernod Ricard remains unable to close the gap between itself and Diageo. 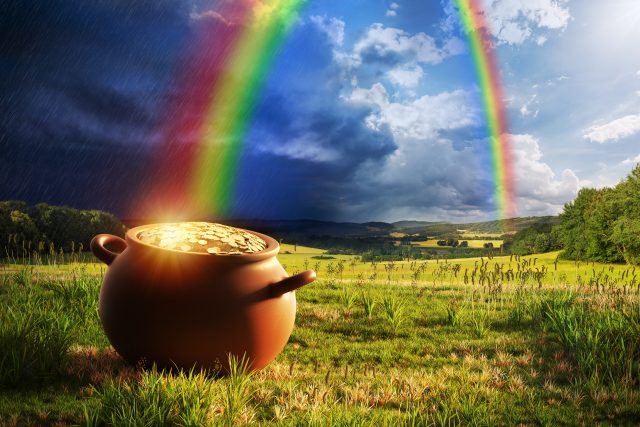 Record annual sales and profits up by a fifth, share gains in key markets and the company’s highest ever free cash flow. Add to this the dividend to be increased by 32% and a new share buyback programme worth up to €750m to further boost investor returns, and it’s quite the success story.

Any chief executive would be proud to make such an announcement, and indeed Alexandre Ricard, Pernod Ricard’s chairman and chief executive, was delighted, calling the financial year to the end of June a “symbolic milestone” in which the French group’s sales topped €10 billion.

Yet despite all the positives, his share price fell, albeit marginally. Many would have expected it to rise, especially as he oozed confidence about the new financial year which began in July, which Ricard said had started well.

It’s not that the financial markets were party poopers, but there were three factors at play.

First, Ricard had revealed in early June that he expected to announce bumper results in early September, so he had discounted his own news.

Second, global stock markets are on the slide as political uncertainties mount and inflationary pressures soar. Even resilient sectors such as premium drinks are finding it difficult to attract investors.

Third, his competitors in the global drinks sector have been reporting similarly impressive numbers, so despite the undoubted achievements, Pernod Ricard’s had an air of “me too” about them.

Profits from recurring operations rose by 19% to €3.024 billion, slightly above analysts’ forecasts of an 18.1% rise, arrived at after Ricard’s presentation in June.

About 6% of the growth came from price rises, including two rounds of increases in the United States in response to spiralling costs.

Ricard said the French group had gained market share in most markets and had increased its prices by an average mid-single digits, which was helping to offset cost inflation. Further price rises are coming in the US and China this month.

In the year to the end of June, Pernod Ricard’s net sales grew by 12% in the US, the world’s most profitable spirits market, generating 29% of the group’s revenues. But in the same period, Diageo’s (including sales to Canada) grew by 14%, accounting for almost 40% of its business.

Diageo is valued at around £85 billion, while Pernod Ricard is about half that.

When he took the top job six years ago, Ricard said that his long-term ambition was to make Pernod Ricard the world leader in premium drinks.

Yet despite the huge strides made since then, the financial gap between the two is little changed.

Sales in its past three months were up 11%, to US$1 billion, surpassing estimates of US$978 million. Profits surged 30% to US$249 million, or 52 cents per share while analysts were predicting 47 cents per share.

Organic growth was 17% ahead and it is notable that some sales were restricted by continuing glass shortages. The company had to switch production from some of its lines to keep the flagship Jack Daniel’s fully supplied.

Jack Daniel’s achieved organic net sales growth of 21% while premium brands including Old Forester and Woodford Reserve were up 35% from a year ago.

Like Alexandre Ricard, Brown-Forman’s president and CEO, Lawson Whiting, is confident about the immediate future.

“While there is continued uncertainty in the market, I remain optimistic that we can continue this momentum and deliver on both short- and long-term growth ambitions,” he said.

Brown-Forman’s shares are up by about 10% so far this year, but that is largely due to the deal with Coca-Cola to produce Jack and Coke in a can, but they hardly moved on Whiting’s figures and optimism.

While all global producers are keenly aware of input cost pressures, especially for glass, none are unduly anxious.

Helene de Tissot, Pernod Ricard’s finance chief, says the prime objective is to protect the group’s gross margins, which will be achieved through rigorous cost control and active use of price rises.

Ricard said: “Premium plus spirits are an affordable indulgence” and he has seen no evidence of consumers downtrading.”  It was a theme echoed almost to the word by Whiting.

The French group is determined to achieve its goals up to 2025 of annual top line growth of between 4% and 7% (Ricard is eager for it to be towards the higher end). It also aims to lift its operating profit margin by 50 to 60 basis points a year.

The group expects “dynamic broad-based sales growth, on a normalising comparison basis, with a good start to the first quarter”, which started in July.

Brown-Forman also took price rises in the spring, and plans to do so again later this year. Whiting acknowledged that the consumer is less resistant to higher prices when all producers are raising them together rather than one isolated company.

Meanwhile Diageo is targeting much the same level of growth as its French rival but is determined to boost its present share of the total beverage alcohol market from just above 4% today to 6% by 2030.

Pernod will keep up the pressure in its “must win” markets such as India and China, where demographic forces and the growth of middle class wealth are growing to expand the demand for quality spirits.

Global demand for spirits has grown by 11% since the pre-Covid era, says Ricard, and he expects that to continue, especially as the desire to travel returns.

The group expects “dynamic broad-based sales growth, on a normalising comparison basis, with a good start to the first quarter”, which started in July.

He believes Pernod Ricard will this year achieve pre-pandemic of levels of profitability from travel retail, and underlines his pricing strength by revealing that while volumes remain depressed profitability has increased as premiumisation continues apace.

After the restrictions in the early spring, the greater reopening of Chinese travel “would be the icing on the cake”, he said.