North Brewing Co has been left devastated after its ticket provider, Event Genius, entered a moratorium period two and a half weeks prior to its flagship beer festival The Springwell Sessions. 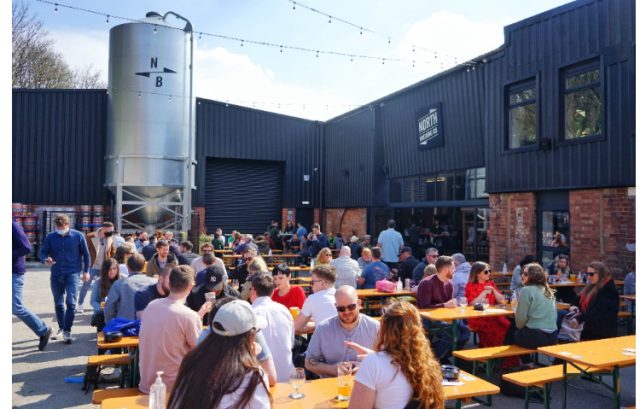 The ticket provider Event Genius, which is part of parent company Festicket, has had its bank account frozen, meaning that North cannot receive any funds taken towards its future events, nor can ticket holders receive refunds.

Determined to deliver the event on 23 – 25 September as promised, North, with the support of the participating breweries, has set up a GoFundMe page to protect ticket holders and ensure that the event can still go ahead.

As such, North would be donating £1 from every ticket sold to St George’s Crypt – an act that will now be honoured by donating 10% of all ticket sales to the charity.

Speaking to the drinks business, co-founder John Gyngell revealed how this news couldn’t have come at a worse time for the brewery and said: “Businesses across the UK are waking up to terrifying news stories every day. Co2 prices are rising and is in short supply, we all know the escalating situation with energy costs, and the supply chain for ingredients for beer is under immense pressure.”

Gyngell explained: “The Springwell Sessions is about celebrating what is good about our industry, bringing together creative and innovative breweries to showcase their beers in our incredible new brewery. We built the taproom and brewery at Springwell during lockdown, opening under covid restrictions in April 2021. This is the first time we’ll have all our friends under one roof again, and we cannot wait to host them. To lose the ticket sales as a result of Event Genius collapsing has lost us in excess of £25,000. Regardless of this we are committed to running this festival, and protecting our ticket holders. We will be honouring every ticket sold.”

Leeds-based brewery North has built an enviable reputation across the industry for its love of hospitality and regularly collaborates with other breweries, hosting them for tap takeovers at one of its eight venues across Leeds and West Yorkshire. At beer festivals across the UK, it has also become infamous for its welcoming nature, mixing up Bloody Marys each morning and helping with equipment and staffing for other breweries, bringing together many people from across the industry.

According to Gyngell, the GoFundMe idea was proposed by Wylam Brewing director Dave Stone who rang round all the participating breweries to drum up support. Each brewery has pledged £500 towards the crowdfunder in a show of support for the event.

Gyngell admitted that North and its team has been incredibly touched by this gesture and, speaking to db, Gyngell added: “I have made some of my best friends in this industry, and it’s difficult to convey how much the messages of support have meant over the past 24 hours. We’re down, but we’re not out.”

Springwell Sessions will see 17 breweries from across the UK pouring at the three day event. Local independent wine shop, Bottle Chop, will be hosting a natural wine bar, cocktails will be shaken by No. 3 Gin, and street food will be provided by Little Bao Boy, Kerbside Kids, MorMor and Homeboy Pizza. Additionally, there will be a series of talks and tastings across the three days, and DJs spinning vinyl and “bringing the party vibes,” according to the brewer.

North has advised all customers who purchased tickets to still contact their credit card providers in order to get money back  (even though they will still be valid for the event).