Though it was dubbed a ‘mini-budget’, Chancellor Kwasi Kwarteng’s announcement of a freeze on alcohol duty as part of a raft of tax cuts is a big deal for the drinks industry. 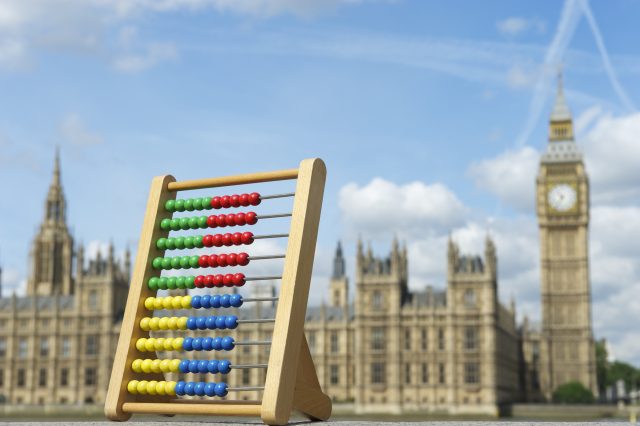 Speaking in the Commons this morning, Kwarteng said: “Our drive to modernise also extends to alcohol duties. I have listened to industry concerns about the ongoing reforms, I will therefore introduce an 18 month transitional measure for wine duty [from 1 August 2023 to 1 February 2025], I will also extend draught relief to cover smaller kegs of 20 litres and above to help smaller breweries. And at this difficult time we are not going to let alcohol duty rates rise in line with RPI, so I can announce that the planned increases in the duty rates for beer, for cider, for wine and for spirits will all be cancelled.”

Campaign for Real Ale (CAMRA) chairman Nik Antona was also pleased with the “fantastic news”: “This groundbreaking policy should help pull consumption into pubs, clubs and taprooms helping to encourage pub-going and keeping our beloved locals viable, alive and thriving. We are also delighted to learn that the Treasury will consult on changes to the definition of cider for tax purposes. We will be making the case for all cider to contain at least 50% fresh fruit juice, to ensure that consumers are getting a high-quality product, and to create renewed demand for acres of orchards that are currently being wound down at detriment to our natural environment.”

British Beer & Pub Association CEO Emma McClarkin praised Kwarteng: “We welcome the Beer Duty Freeze and recommitment to draught discount & extension to 20L kegs for small brewers. We look forward to the continued reduction of taxation on Beer & Pub industry at the next Budget.”

WineGB CEO Simon Thorpe MW told db: “WineGB welcomes today’s announcement that the Government is absolutely committed to delivering alcohol duty reforms and in particularly that the planned increase in alcohol duty rates will be cancelled. Equally we welcome the opportunity to consult further on the design of the small producer relief scheme and other measures within the proposed reforms. We look forward to discussing today’s announcement in more detail at a meeting this afternoon with Felicity Buchan, the new Exchequer Secretary to the Treasury.”

A spokesperson for the UK Spirits Alliance said: “This decision will provide spirits producers across the UK with the headroom to continue to innovate and invest in the future growth of the country, helping to fly the flag for British products across the globe. We also welcome HM Treasury sharing its response to the consultation on the alcohol duty reforms in the UK, and look forward to working with the Government and HM Treasury to implement these reforms.”

Scotch Whisky Association chief executive Mark Kent also toasted the news: “The Chancellor Kwasi Kwarteng has frozen duty on Scotch Whisky and other spirits, meaning the planned double-digit inflationary increase will now not go ahead. This will save consumers £1.35 on the average priced bottle of Scotch Whisky and help the industry as it deals with the dual challenge of rising energy costs and supply chain pressures.”

Wine & Spirits Trade Association (WSTA) chief executive Miles Beale, a vocal critic of Rishi Sunak’s previous duty proposals, expressed dissatisfaction with the extent of the reforms: “We welcome the Government’s sensible decision to freeze duty on wine and spirits. However, the Government’s response to the consultation on reviewing the way the UK taxes alcohol is a product of the Sunak era and clashes strongly with Chancellor Kwarteng’s desire to unleash the potential of the private sector and to simplify taxation.”

“The proposals mean wine between 11.5% and 14.5% will be taxed at the mid-point – but only for 18 months. After that the Treasury are set to tax wine by strength adding a costly administrative burden for UK wine businesses and consumers. Fortified wine will be offered no transition, meaning the outlook is even worse.”

Beale continued: “For months the WSTA has been calling for a simpler system for wine taxation which would cut costly red tape. The response published today fails to do so – or to understand the impact that taxing wine by strength will have on the UK wine businesses and consumers. We need a permanent and simple way of taxing wine, the UK’s most popular alcoholic drink. An 18-month transitional period fails to do this and it is not available to all wines.These latest proposals will be bad news for consumers worried about the cost of living; and create complexity, burden and cost for UK businesses. They also fail to take advantage of measures that could support the new Chancellor’s aims for private sector-inspired growth the British economy.”

Liz Truss’ support for tax cuts helped her to gain momentum in the Conservative leadership race – to find out how various industry bodies reacted to her becoming Prime Minister earlier this month, click here.