How London restaurants are coping with inflation

As inflation nears a 40-year high, businesses across the UK are being forced to adapt, or run the risk of going under. db spoke with some of the capital’s restaurateurs about the challenges they now face. 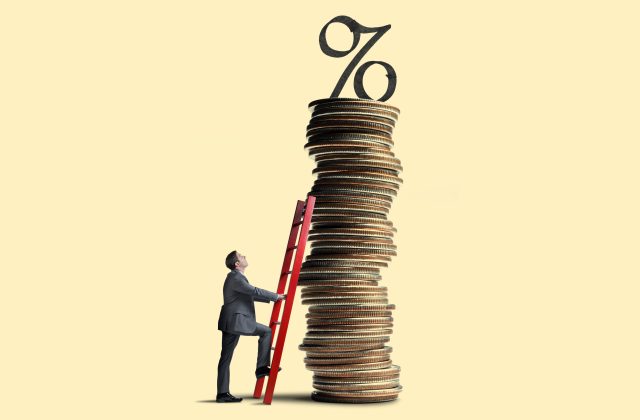 It has been a tumultuous few years for the hospitality industry, with Covid, Brexit and bills creating a perfect storm for ominous statistics and bleak headlines. London’s restaurants seem as bustling as ever, and customers have never had it so good in terms of the variety of food and drink on offer. But behind the scenes it is clear that the current economic circumstances have pushed many businesses to their breaking point. The following illustrates that even successful restaurants are now finding themselves in difficult territory.

Russell Norman, the founder of Polpo, opened Tuscan-style trattoria Brutto in Farringdon last autumn. Though the restaurant was unaffected by lockdowns, the last year has not been without its challenges. Speaking about the state of the industry, he said: “It’s tougher than ever. Some businesses will close because the delicate balance of restaurant mathematics will fail with the unexpected raised costs of utilities and ingredients. If you have no spare cash to weather this storm, you will fold. It’s that simple. And also that sad.”

Food and drink inflation rose at an annual pace of 13.1% in August, a figure very near to the record level of 13.2% in 1989. Victoria Sheppard, founder of coffee shop Queens of Mayfair and managing director of Alex Dilling at Hotel Café Royal, explained that prices have already increased for the “majority” of their suppliers: “In my coffee shop business [Queens of Mayfair] we received increases of up to 20% over two years from our coffee suppliers…we held the cost of our coffee as to not affect our customers. However, when our milk suppliers also increased their prices by a similar percentage, we have unfortunately had to pass this on, though not to the level we have been effected.”

When asked if there is a cost increase that customers might not be aware of, Norman replied: “Customers are not aware. They will see a 50p increase on a dish as a reason not to return. This is why most restaurants are absorbing the increases themselves.”

Despite reluctance to pass on cost increases, the factors causing this situation are ultimately beyond their control. “For so many products in the restaurant [Alex Dilling at Hotel Café Royal], that we purchase from the EU the cost of export has been far higher than the cost of inflation and our food costs have increased dramatically,” Sheppard continues. “Factors in this have included cost of bringing goods into the EU, labour (at production/farming level), transportation and recouping losses encountered during Covid.”

One workaround might be changing approaches to menus. Brutto has made a name for itself serving simple (or ‘ugly’, which is what the restaurant’s name translates to) but delicious food, a cooking philosophy that Norman thinks other restaurants might soon adopt – high quality, but relatively inexpensive ingredients over those that fetch premium prices. But, with increases across the board, even ‘cucina povera’ is not inflation-proof.

Cost increases have also hit wine lists, meaning that finding good value bottles has become even more essential, as James Dawson, the founder of London wine bar/restaurant group Humble Grape, explained: “Because we only serve sustainable wines that are organically and bio-dynamically produced we wouldn’t source cheaper wines that don’t fit with that ethos, so alternatively we work hard to find wines from lesser-known regions in places like South Africa and Eastern Europe to ensure we still have cheaper options on our ‘by the glass’ list.” Having sommeliers and wine buyers who can find the best deals from producers (perhaps a little off the beaten track) is absolutely crucial to operations.

As for other drinks offerings, when asked whether Brutto’s famous £5 Negroni might increase in price, Norman explained that it is a loss leader anyway and that “it’s important to keep it there on the menu”.

Of course, with more and more energy bill horror stories making the papers, utilities are “the next point of contention,” as Sheppard put it. Dawson revealed that Humble Grape and Vivat Bacchus have a “task force” to identify areas where energy consumption can be cut: “…e.g., keeping lights off when not needed, not switching air-con on until customers are in the building, keeping track of when kitchen equipment is on and off. Our operations director has negotiated a fixed price until the end of 2024 at many of our sites to keep the costs as low as possible.”

Reduced consumer spending power due to growing concern over household bills could also prove to be an issue this winter. Dawson said: “We know that it is likely that consumers will reduce the frequency on when they go out to bars and restaurants, as well as being more conscious about what they spend when they do. This is something we always keep in mind and always try and show our customers great value combined with an exceptional experience.”

However, it appears that, at least for now, when customers do go out, they still like to spend. As Sheppard put it: “After two years of not being able to dine out, consumers are really enjoying the finesse of high level gastronomy,” though she acknowledged that her establishments are “in a niche, being in the most affluent neighbourhoods in the UK”.

Though it’s not all doom and gloom, and restaurants are finding ways to cut costs, there are demands for significant Government intervention to avert disaster for the sector. “Grants and cash injections are required to keep so many businesses afloat this winter – some outlets are seeing energy prices rise by hundreds of percent. If they are able to cap energy prices and fuel prices (which impact transportation) it will in the long term assist with employment and business viability,” Sheppard suggested.

Meanwhile, Norman said that he would like to see action taken to stem the workforce crisis that has blighted the industry: “The new PM needs to look at immigration and allow EU workers access to the UK employment market.”

It is difficult to forecast the future fortunes of London’s restaurant scene, particularly due to the sheer scale of it. However, don’t be surprised if, when you dine out in the coming months, you start to see a few more unfamiliar bottles on the wine list and maybe even a small, but noticeable, increase on the bill – the alternative might be seeing your favourite restaurants close for good.