500 bottles of Hennessy Paradis Golden Edition will be available for sale on BlockBar from this Friday, and each comes with a non-fungible token (NFT) designed by Los Angeles-based stylist Veneda Carter. 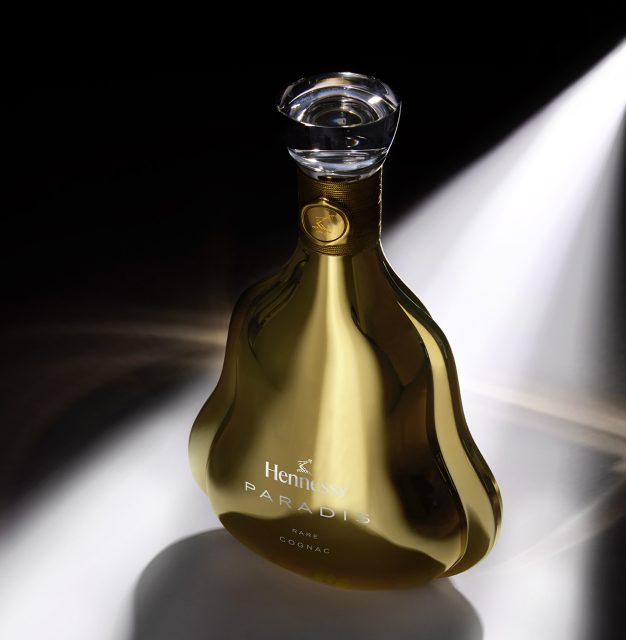 Hennessy Paradis was first created in 1979, with master blender Maurice Fillioux comparing it to classical music “that takes you away and connects with your emotions”. But, with this foray onto the blockchain, Hennessy has arguably taken a leap into the future.

Carter, who has worked as a stylist for Kim Kardashian and Kanye West, is known for her work with gold, hence why she was chosen for this project. She designed a 3D animated NFT artwork depicting a desert-scape with the Hennessy decanter illuminated by golden light. Describing the work, she said: “[it is] “a bounty of Nature polished by human hands…Many of us have felt its spirit and we long to understand it, a harmony that binds us”.

BlockBar, the platform where it will be sold, describes itself as “the world’s first DTC [direct-to-consumer] NFT marketplace for luxury wines and spirits” was founded in October last year. For those unfamiliar with the world of blockchain, the buying procedure might seem somewhat complex:

Upon purchase, BlockBar will hold the physical bottle (with a record of authenticity on the blockchain as a certificate of ownership), and the gift recipient will be emailed the NFT (with a personal message), The recipient is then invited to create a BlockBar account and accept the NFT. They can then choose to either redeem the physical product and have it delivered to them, or to trade its NFT version within the BlockBar marketplace, or keep it in their ‘virtual bar’.

Dov Falic, BlockBar CEO and co-founder, said: “BlockBar is at the forefront of phygital gifting this holiday season and we’re excited to offer our community this unique offering combing an exclusive artwork by Veneda Carter with personalised gift messages and an investable, asset backed NFT of Hennessy Paradis Golden Edition.”

The first drop, on 23 September, starts at 10AM EST, with each $2,500 NFT available for purchase with credit card or Ethereum. The 500 75 centilitre bottles will be sold on a first come, first served basis. In December this drop will be followed up with the release of 100 magnums.

NFTs are a growing area of interest in the drinks industry. Earlier this month it was revealed that fine wine NFT platform Winechain had raised €6 million for expansion.