Tempers flared up in the air when a Jet2 flight from Manchester to Rhodes had to be diverted to Munich after an elderly woman caused disruption, reportedly due to the lack of free fizz. 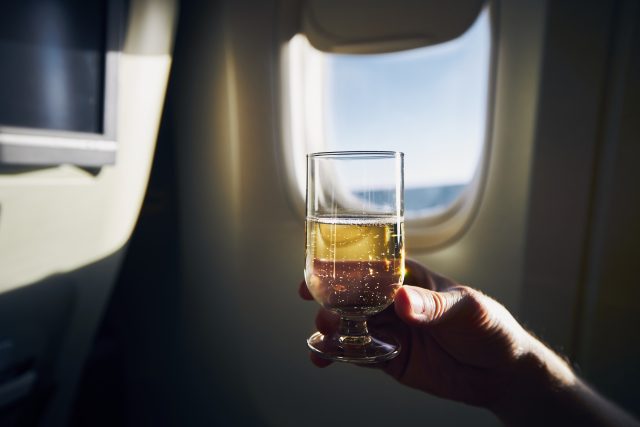 The incident was shared on TikTok last week by a fellow passenger and currently has more than 300,000 views:

Purportedly, when her request for complimentary Champagne was denied, she ordered a gin & tonic, but that then had to be taken away from her after she allegedly became rowdy. She then proceeded to lash out at members of staff and those sat near her. According to one witness, the woman: “…urinated over three seats and repeatedly had bursts of violent episodes until we had to make an emergency landing in Munich.”

Eventually, after being held down with the help of passengers, she was escorted from the aircraft by reportedly as many as nine German police. The plane then remained in Germany for a further two hours.

Despite the unexpected interruption, the passenger praised the actions of the crew: “Jet2 handled this situation really well and the captain of the plane gave everyone complimentary drinks.”

If the detained passenger is still interested in having Champagne on their next trip, Emirates Airlines offers unlimited caviar with Dom Pérignon for first class fliers.