Could California be perfect for agave spirit production?

While extreme climates become the norm across California, the Golden State is being touted as an ideal place for growing agave plants. 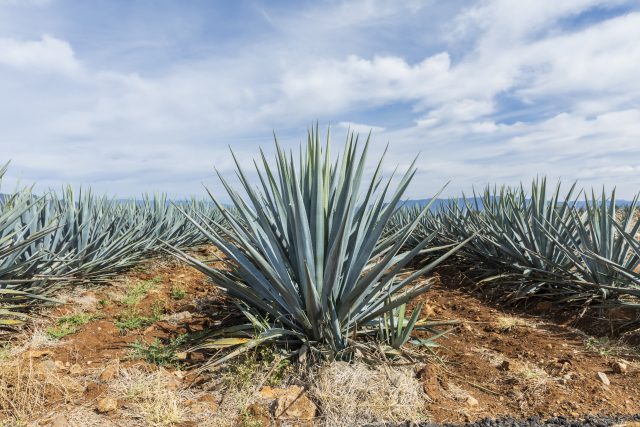 Agave, the main component used to produce Tequila and mezcal, grown in Mexico needs a fallow field and very little water – something with which Californian agriculture is currently experiencing. However, the question of agave being grown elsewhere is not new. Just for California, it seems.

Speaking to the drinks business, Agave Society founder N.R. Jenzen-Jones, who is based in Oaxaca, Mexico, said: “We’ve been hearing similar claims about different US states (most notably Arizona and Texas) for quite some time now. Broadly speaking, there is no reason agave can’t be grown successfully in many different states, or indeed in many different countries around the world.”

Earlier this year, the California Agave Council, formed by a group of growers, distillers, and retailers set out to foster collaboration and offer to share knowledge among members who previously had no formal network. However, what has grown from this is a new level of intent and discussion. Could agave crops become harvested in Californian soils? And, if so, what might that mean for the sector – opportunity or sacrifice?

Leading on from such talks, the University of California, Davis recently established the Stuart & Lisa Woolf Fund for Agave Research to focus on outreach and research into the plants and their viability as a low-water crop in the state.

Ron Runnebaum, an assistant professor of viticulture and enology at UC Davis, said: “The rainfall patterns and growing conditions in California are different from those where Tequila is made. It is exciting to begin to harness the capabilities at UC, Davis to determine which agave varieties can be grown commercially in California and what flavours can be captured by distillation to make unique California agave spirits.”

According to UC Davis, a fund was created with a US$100,000 seed gift from Stuart and Lisa Woolf, who are Central Valley farmers and have a test plot of about 900 agave plants on 1.5 acres. The gift is focused primarily on optimising production in California relative to Mexico, where labour costs are reportedly lower, and the farmers rely on rain rather than irrigation. However, the opportunities are certainly present for some interesting spirits to be created, with Woolf believing California producers could, potentially, grow larger plants with higher sugar content that could rival Mexico’s output for both volume and calibre.

“I really believe we could be very competitive with Mexico,” he insisted and explained that the research also offers a chance to understand the impact of location on agave, which can be both a source of fibre and used as an alternative sweetener as well as mezcal.

Agave plants, which historically have required minimal watering and can serve as firebreaks from wildfires, are also a way to give farmers in California a chance to plant crops on land that would otherwise have to be abandoned. But it is a long game, because it takes approximately six to eight years for agave plants to mature properly.

Woolf added: “As a drought-tolerant plant, agave holds great potential in water-stressed California. It’s a crop that could get by with little to no water during periods of extreme drought.”

Jenzen-Jones highlighted how “the bigger challenge will be in successfully making agave distillates that capture some of the character of those made in Mexico. Amongst aficionados, some of the best-liked and most respected mezcales are those produced in small villages heaving with tradition”.

He told db: “Many of the production processes [for mezcal] are far from efficient, for example, and many of the contributing factors (terroir, local yeasts, etc.) are hard to replicate. None of that is to say that high-quality, agave-based liquors can’t be made outside of Mexico, but I think it is fair to say they will be distinct in character, and distillers in the US who wish to make such beverages would likely be best served by forging their own paths, rather than trying to strictly imitate Mexico.”

There are legalities protecting Tequila and mezcal being only made in Mexico, however it is still perfectly legal for US farmers to experiment with making a spirit from the agave plant and using its terroir to give it a slightly different identity. As more Californians try their hand at creating it, the market is yet to shift and broaden the category further.