A mass exit of one of Chile’s most prominent wine regions is underway due to overplanting, a lack of water, and a pervasive rabbit problem, learns db. 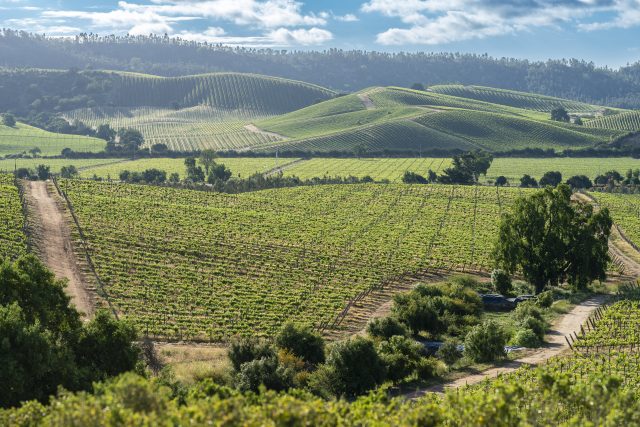 One of the biggest transitions in Chilean wine right now is a mass migration south. Put simply, winemakers must go where the water is. And that life source is creeping increasingly further down the country.

“Drought is affecting everywhere north of Santiago,” Eugenio Ponce, export director, Undurraga, tells the drinks business. “In the next 30 years vineyards in Chile will be mainly down south, and we’ll see many more wines coming from southern regions.”

As a result of the lack of water, producers are packing their bags and taking off in search of new viticultural manna.

“Our future is in the south. The north is too risky,” says Eduardo Jordán, winemaker at Miguel Torres.

This is hardly new territory for the likes of Montes and Casa Silva, which have for some time been experimenting with making wine in the extreme conditions of Patagonia, which paints Chile’s most southerly tip. However, it’s the minority of winemakers that are prepared to uproot themselves to the outer limits of the country. Depending on where a winery is based, it makes little sense in terms of transport costs and the risk of oxidation that can occur in the wine on route.

The search, therefore, is on to find a new ‘middle ground’ in the south of Chile; a safer bet. 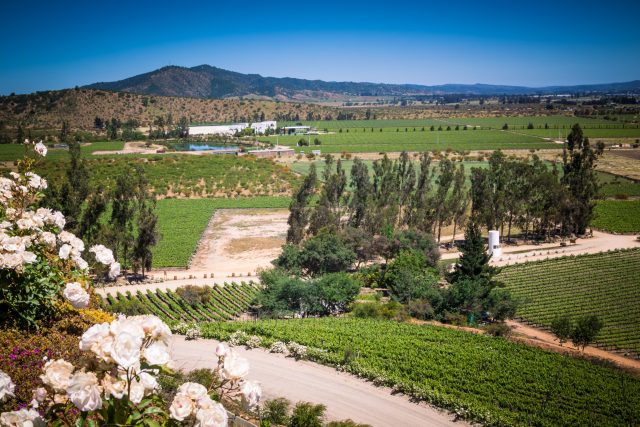 One region feeling the seismic impact of this migration is Casablanca Valley. Despite producing exceptional wines, its future hangs in the balance as producers vacate the area in their droves, heading for Leyda, Limarí and Colchagua.

“Casablanca used to be the zone of production par excellence, and was the first valley to be explored with real oceanic influence, but now it has a lot of problems with water. It’s very dry,” says Philippe Rolet, CEO of Los Vascos, the Chilean outpost of Domaines Baron de Rothschild Lafite. “In the past two years, we’ve switched all our grapes over from Casablanca to Colchagua.”

What’s frustrating for the industry is that the quality of Casablanca wines, especially its Sauvignon Blanc, is top drawer. It feels like a tragedy to leave it all behind. “Casablanca wines are as good as they’ve ever been. There are just more players now,” says Rolet.

Charles de Bournet, CEO of Lapostolle, is torn for this very reason. “We’ve been talking about leaving Casablanca for 10 years. But then we taste the wines and say ‘We can’t leave. They’re just too good.’”

But he describes the finances involved in making wine from the region as “shocking”. According to de Bournet, it’s not only the lack of water that’s draining the coffers, but also black frost, to which Lapostolle lost its entire vineyard in 2014, as well as some more unusual, fluffy- tailed suspects.

“Rabbits are becoming a huge problem in Casablanca. They start off by eating the grapes, then they move onto the trunks of the vines. It’s out of control because it’s so hot and dry there and they have nothing else to eat.”

Viña Sutil has no regrets about quitting Casablanca to move to Litueche in Colchagua, which has less risk of frost and, presumably, fewer critters. “It’s giving us three times the grape volumes that Casablanca did,” says Nicolas Sutil.

One winery, however, is prepared to die on the hill for Casablanca. According to Terra Noble winemaker Marcelo Garcia, the brand plans to stay put in the valley, where it laid down roots in 2006.

“It’s easy to sell up and move away; much harder to stay and invest in the region, and work on improving it for future generations,” he tells the drinks business.

“We’ve reduced our hectarage so that we have lower yields, and more concentrated grapes. Several years ago, everyone was in Limarí, then they left after six or seven years without optimum water. Now the same thing is happening in Casablanca. The quality we have there is huge, so we want to conserve these efforts rather than simply leave.”

It may prove to be a wise decision if the wines from the region continue to delight consumers. But how will Terra Noble manage to maintain its volumes if the situation there is so bleak?

In Garcia’s view, the real issue is not a lack of water, but of over planting. “If the government doesn’t limit the number of hectares that can be planted in any one region, then winemakers will experience the same issues wherever they go,” he says. “It’s a matter of overcrowding.”

Noelia Orts, winemaker at Emiliana Organic Vineyards, couldn’t agree more. “We like Casablanca, there is just too much planted there,” she says. “We are going to shrink our plantings – which currently account for more than 250ha in the region – and drop our presence significantly. In future, we will only use Casablanca for our premium wines.”