Jointly released by Japanese musician YOSHIKI and Champagne Pommery, “Y by YOSHIKI x CHAMPAGNE POMMERY Brut” was launched on 1 September, with the first lot of 10,000 bottles selling out in 24 hours. 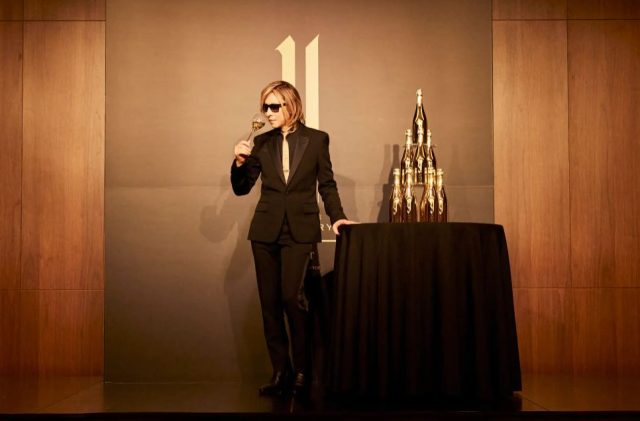 The Japanese rock star and leader of X JAPAN debuted his first Champagne recently in collaboration with Pommery. The first batch of 10,000 bottles was released, part of it through the official online shop on 1 September and swiftly sold out in 10 minutes from the sale going live.

According to the brand, wholesalers, which included pre-order sales at retail stores and restaurants, were enthusiastic about the product, priced at JPY 16,500, and the speed at which the first lot sold out probably has set an unprecedented record in the history of Pommery.

The Champagne house has revealed that it has already received a considerable number of backorders, and Pommery headquarters in France are already working to increase production, aiming for resale within the next year.

In the future, the brand plans to expand its distribution to more hotels, restaurants, major department stores, and wine shops in order to cater to the high demand from YOSHIKI fans.

Pursuing a passion in wine making, YOSHIKI is also the owner of “Y by YOSHIKI” – a wine label made in collaboration with Rob Mondavi Jr., fourth generation Napa Valley winemaker and grandson of Robert Mondavi.

“Y by YOSHIKI x CHAMPAGNE POMMERY Brut” has been a project underway with Pommery since 2019. YOSHIKI said at the product launch that he has so much confidence in the Champagne that he would go so far as to say that it is “the most perfect Champagne he has ever had.”