Alcohol’s reputation as a medicinal aid can be traced back to biblical times, but with all we know in modern medicine, will drinking alcohol make a cold worse, or could it actually help? 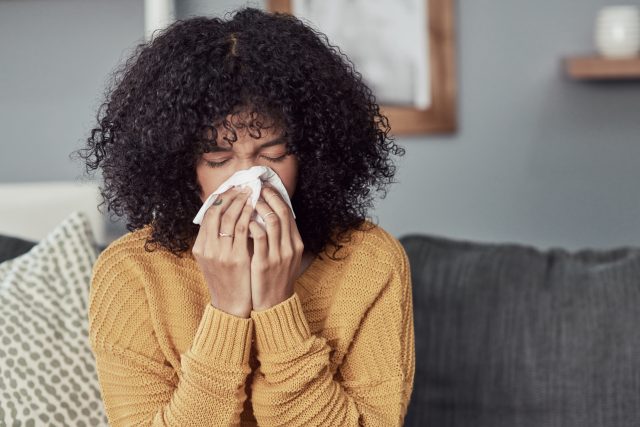 It’s a classic solution; feel a cold coming on, reach for the whisky and honey and rustle yourself up a hot toddy. The basis of this seems fairly simple to understand; honey and lemon are widely accepted as effective treatments for the symptoms of a cold, but where does whisky come in to play, and can it be effective in treating a stuffy nose and sore throat, or will drinking alcohol make a cold worse?

The first thing to note is that there is no known cure for the common cold.

Despite this, there are many products on the market that may help alleviate the symptoms, but should alcohol figure in your treatment plan?

Alcohol is generally dehydrating, which is counterintuitive if you’re trying to treat the symptoms of a cold. The NHS recommends drinking plenty of fluids to stay hydrated if you’ve got a cold, including water, squash and fruit juices.

It’s also worth bearing in mind that alcohol may interact with over-the-counter medicines you’re taking, so it’s well worth exercising caution if you’re feeling ill – and be sure to read the label of any medication you’re on before drinking alcohol.

Generally speaking, heavy drinking can weaken the immune system, and though it’s unlikely you’ll feel like drinking a lot of alcohol while you’ve got a cold, it’s worth considering the implications that heavy drinking could have on your recovery from a cold.

Studies have shown that chronic alcohol abuse can lead to a reduction in T-Cells (white blood cells), which could leave you more prone to infection.

It is also known that alcohol affects the body’s ability to fall into REM sleep, the restorative sleep you’ll need to help overcome illness.

But is that the end of the story? Can we conclude that drinking alcohol will make your cold worse?

While there is scant evidence that drinking alcohol while you already have a cold is at all helpful, there has been some research into the association between drinking and the risk of developing a cold.

According to one 1993 study that looked into how drinking and smoking affected the risk of developing a common cold, moderate drinking might actually be beneficial. The study found that participants who drank one or more glasses of alcohol a day were less likely to develop a cold -–though only among non-smokers – smokers were at an increased risk regardless of their alcohol consumption.

Another study conducted in 2002 that looked into the effects of wine, beer and spirits on the risk of developing a cold found that participants who drank red wine had fewer colds than those who abstained from drinking.

This might be linked to the presence of polyphenols in wine – particularly in red wine. Studies have found that consumption of cranberry polyphenols enhanced T-Cell proliferation and reduced the number of symptoms associated with the common cold.

So while drinking alcohol when you’ve got a cold is not advisable, there is some interesting research out there on the role polyphenols may play in our overall health, including in the likelihood of developing a cold.