Where have all the bubbles gone?

CO2 shortages are causing havoc in the drinks industry with soaring prices meaning sites are having to halt production. 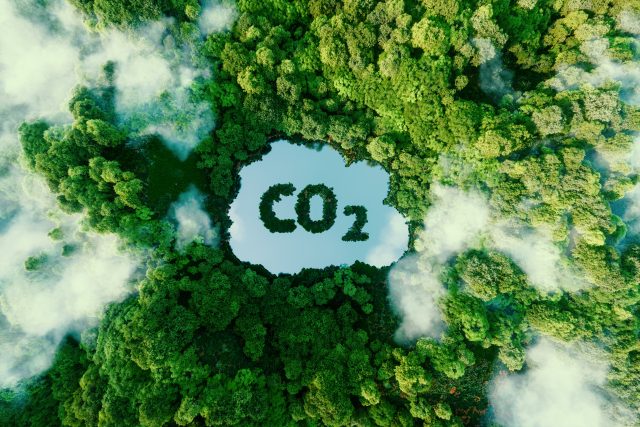 As we swelter in the hottest summer for almost 50 years, climatologists attribute the heat wave to global warming caused by excess carbon dioxide (C02) emissions.

Yet just as consumers reach for a glass to slake their thirsts, both soft drinks manufacturers and alcohol producers are facing shortages of vital C02. And it is excessively expensive to recapture it from the atmosphere.

Breweries from the UK to New Zealand have reported supply problems at the same time as the global beer market is projected to grow from US$768.17 billion in 2021 to US$989.48 billion in 2028 at a combined annual growth rate of 3.68%.

Few drinks are available without C02 being involved at some stage in the production process.

It is used not only in brewing but also to produce the fizz in carbonated soft drinks, as well as to dispense these beverages in bars and restaurants plus in the exponentially expanding volume of cans in the RTD market.

Wine makers use CO2 in its frozen form (dry ice) to protect grapes after harvesting and to slow the fermentation process.

CO₂ shortages in the UK have been a recurring issue for some time. Since as far back as the FIFA World Cup 2018 and the spike in demand for beers as England proceeded to the semi-finals, the UK seems to have been facing an impending crisis every few months.

Carbon dioxide for industrial uses is produced at very few sites in the UK: 60% of the country’s supply comes from US giant CF Industries,

It produces CO2 as a by-product alongside its main output of ammonia, a key constituent in fertiliser.

As energy prices soared even before Russia’s invasion of Ukraine and the subsequent strategic reduction in gas supplies to Europe, CF said that it would stop production because the cost was prohibitive.

Subsequently it mothballed its site at Ince in Cheshire and threatened to end production altogether by closing its bigger plant at Billingham on Teesside.

Plans to close the Ince site, in Ince, were confirmed in June. A consultation is currently underway with unions and staff.

The government stepped in with a short-term bail-out (thought to be less than £50m) towards production costs, largely to keep farmers supplied with fertiliser.

While consumers are protected by an energy price cap, industry has to pay the going rate, and that has been soaring. So output of C02 – a by-product-  is under even greater doubt.

Heineken, which has increased prices this year by almost 9% to cover costs, is preparing to cut beer production at its European manufacturing plants if faced by a severe gas shortage in the coming  winter.

Because Russia is threatening to cut gas supplies further, the EU wants to reduce usage by 15%, which will not only affect brewing but also ammonia output across Europe and thus supplies of C02.

In the US many breweries have struggled to find sufficient CO2 because of pandemic-related supply chain issues. And this dilemma is being heightened by a  contamination scare at a major plant in Mississippi.  This threatens to hit C02 output and create a beer shortage in the autumn.

The giant brewers, who have more buying clout with suppliers, appear untroubled so far but many craft brewers have been hit already by supply problems.

For instance, Massachusetts-based Night Shift Brewing has been forced to outsource most beer production in part because it was unable to source the gas needed to carbonate its beer.

Combined with higher costs breweries are already facing for malt, aluminium and packaging materials, the problem of having less CO2, paying more for it, or not being able to carbonate and sell as much beer as planned represents a crisis for  profit margins.

Massachusetts breweries have recently been quoted US$1.20 per pound of CO2, when the ‘normal’ cost is around 11 cents.

For another craft brewer,  Urban South in New Orleans, CO2 costs have more than tripled in recent months. Founder and CEO Jacob Landry is reported as saying that this comes on top of other increases. Cardboard trays are up 20%, malt by up to 50%, aluminium cans by 20% and transport by 50%.

Not all of these costs can be passed through to the drinker at a time of high inflation. despite spirits groups such as Diageo saying that in America its price increases have more than outstripped cost rises.

There is some evidence that the pressures on consumers’ pockets are having a negative effect.

Last week Beam Suntory CEO Albert Baladi said some price-sensitive whiskey and Tequila drinkers are opting for cheaper lines. We are starting to see “a little bit of tempering” of the super premium and ultra-super premium categories, he said.

Beam Suntory is the latest company to report such signs in the face of soaring inflation and recessionary fears.

While competitors have said lower-income consumers are cutting back their spending, others report that premiumisation continues to more than replace sales values at the lower end of the product spectrum.

For instance, spirits groups such as Diageo says that in America its price increases have more than outstripped cost rises while Pernod Ricard, Remy Cointreau, Constellation,  LVMH and Davide Campari and others are all reporting little resistance to higher prices  on depletions at the premium end of the spectrum.