The recent record temperatures have presented new opportunities and challenges for English and Welsh producers, but there’s concern that the weather is only going to become more erratic in summers to come. 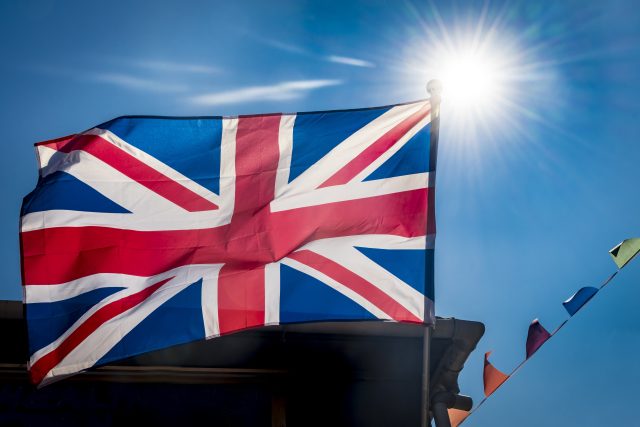 British bottles are becoming fixtures on wine lists and in wine racks across the UK as consumers increasingly appreciate domestic produce. While there are some who suggest that global warming has benefitted the country’s viticulture, the extreme heat in July also presented risks.

Kent is the vineyard, as well as the garden, of England. Temperatures in Tenterden, where Chapel Down is based, reached the high 30s.

Chapel Down produces 1.5 million bottles a year. But, far from seeing the recent conditions as a disruption, head winemaker Josh Donaghay-Spire told Bloomberg that vintage variation was something to be celebrated. He notes that the grapes are a week and a half off where they would be on average, and that a “riper style” of wine should be anticipated.

Donaghay-Spire noted that a hosepipe ban would only affect “residential customers”, but told db: “we endeavour to minimise water usage where possible.”

He quipped: “It’s certainly been very hot recently, but vines are able to grow in warmer climates than we have in the UK”. He also noted that while water shortages might pose a risk to young vines: “our established plots have access to water stored in soils and the chalk below.” The vineyard’s proximity to the English Channel helped moderate the temperature, keeping it in the low 30s.

Bolney Estate’s managing director Sam Linter said that the outlook was also positive in West Sussex: “I consider the conditions this year to be good in general, with little to no heat stress seen on the vines…the conditions have meant less disease pressure and there should also be a rise in fruit quality.”

However, certain measures were taken in light of the weather. Linter noted that leaf removal around the fruit zone was delayed “to protect the fruit bunches from sunburn.”

In Hampshire, Rob MacCulloch MW, Hattingley Valley’s head winemaker, was also not too concerned about the water shortages, or the prospect of a hosepipe ban as the vineyard has no need of irrigation due to chalk soils: “I’m conscious that situation may change over a period of time, of course, but for right now, a hosepipe ban won’t affect the two Hattingley Valley vineyards.”

In terms of what he anticipates from this year’s harvest, MacCulloch said: “It’s likely that if the dry weather conditions continue, berry size will be smaller, so overall harvest weight could reduce. I think there could also be an impact on ratio of tartaric acid to malic acid if daytime temperatures remain high. However, for both berry size and acidity ratio, the temperatures and conditions during and after véraison will be the critical factors – and we’re not at véraison yet.”

In Abergavenny, Wales, where White Castle Vineyard is located, temperatures reached a high of 36°C. Managing director Robb Merchant told db: “The vines have grown well this year, but we are now experiencing a bit of drought stress. Harvest expectations have changed: there are some large looking crops, but with the lack of rain it looks as if the volume may be down. On a brighter note, that may lead to some intensely flavoured wines.”

Despite the risks posed by a scorching summer, Merchant said: “The big worry for us will be frosts in the spring.”

Though the heat has been far from a disaster for the UK’s winemakers, the prospect of conditions becoming more extreme and less predictable due to climate change is a growing concern for some.

MacCulloch warned: “There never was a ‘normal’ year in viticulture or winemaking, but it now seems as if ‘normal’ is ancient history and bouncing from one extreme to the next is the new standard. That makes future planning very difficult – how do you plan for one-off, unexpected extremes?”