Situated at the crossroads of the Mediterranean, the island of Sicily is home to a winemaking tradition as diverse as its cultural history, influenced by centuries of conquest by various civilisations. 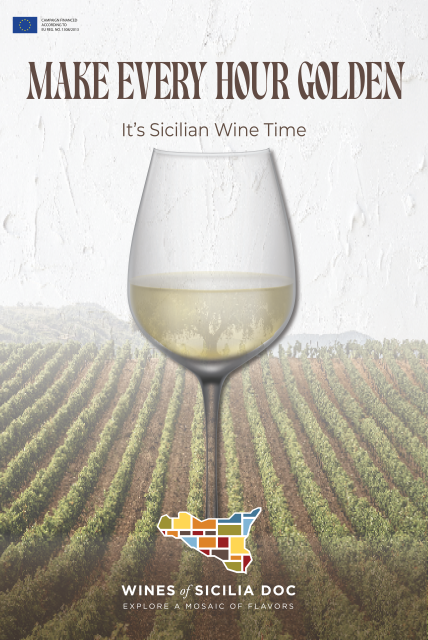 Grape cultivation and winemaking were likely introduced and commercialised by the Phoenicians, skilled merchants and navigators who settled on the island between the 7th and 8th centuries BCE, and later influenced by Greek, Roman, Byzantine, Arab, and Spanish rulers, among others. Yet while today’s winemaking is built on ancient roots, it’s far from ancient history – contemporary winemaking in Sicily today is enriched by its vast heritage of indigenous grapes.

The largest island in the Mediterranean, Sicily is home to dramatic mountain peaks, a fertile plain and sprawling beaches, with a mild Mediterranean climate that is perfect for cultivating wine grapes through organic and sustainable practices. Due to the island’s heterogenous geographic composition, there are a number of microclimates and a mosaic of different terroirs. From the hot and torrid soils inland, to the coolness of the mountains, and mild and breezy climate along the coasts, Sicily’s mix of terrains and environmental characteristics inevitably find their expression in the island’s wine production. However it is the fertile volcanic soils that produce mineral-driven wines for which Sicily is best known.

The island has a greater area of vineyard than any other region in Italy, with 98,000 hectares (over 242,000 acres) of planted vines – for comparison, that’s three times larger than New Zealand. There are 24 different territories – 23 DOCs and one DOCG  within Sicilia DOC, which encompasses the entire administrative territory.

The Controlled Denomination of Origin (DOC) of Sicilia was officially recognised in 2011, and vintners created the Consorzio di Tutela Vini Sicilia in 2012 to unify, enhance, and safeguard the region’s wine production.

Nero d’Avola is Sicily’s most recognised red variety. While wines produced vary based on the growing area, this red variety tends to produce wines that have a deep ruby red colour and intense aromatic content ranging from fruity and floral to spicy. These wines are well structured, marked by high tannin and balanced acidity working in harmony.

Equally outstanding is Sicily’s star white grape variety, Grillo. This variety tends to produce wines that have a deep straw yellow colour, herbaceous, floral, and citrus aromas, and acidity that makes these wines both refreshing and age-worthy. Other main white varieties include Inzolia, Catarratto, and Grecanico, and additional red varieties include Nerello Mascalese, Frappato, and Perricone. Among them there is something for every wine drinker, showcasing the diverse beauty of Sicilia DOC.

In recent years, Sicilian wines have undergone a transformation on the world stage and at home. Production has increased from 16 million bottles in 2013 to over 90 million bottles in 2020, and growth is expected to continue. With this growth comes increased responsibility to produce wine sustainably in the vineyard and in the cellar; Sicily is now home to more organic vineyards and organic wines than any other region in Italy. An ancient region positioned for the future, the growers and producers of Sicilia DOC are dedicated to leveraging their natural blessings for the good of the planet and the palate.

To help these outstanding wines reach the tables of consumers across the United States, the Sicilia DOC Consortium is launching an in-store promotional campaign, “Make Every Hour Golden, It’s Sicilian Wine Time.” Developed and organized by Colangelo & Partners, a New York and San Francisco-based public relations agency that specializes in fine wine, the promotional campaign is designed to engage retailers around the country and provide them with the tools to educate their staff and customers on the wines of Sicily. There is no cost for retailers to participate, and any retailer that carries Sicilia DOC wines is eligible for the program

The campaign will provide educational opportunities for store staff that include expert-led workshops and a chance to travel to Sicily, as well as attractive POS materials, media mentions of participating retailers, social media amplification, and resulting increased foot-traffic.

To learn more and discuss how the campaign can benefit your business, please contact Cindy Woodman of Colangelo & Partners at cwoodman@colangelopr.com.