Out of the frying pan but not out of the woods? Smoke taint, biodiversity loss and the fires of Bordeaux

Almost six weeks after smoke taint went from being a largely hypothetical risk to a real, present and immediate threat in the vineyards of Bordeaux, it is time to take stock of what we have learned about the nature of that risk over this brutal and exhausting summer. 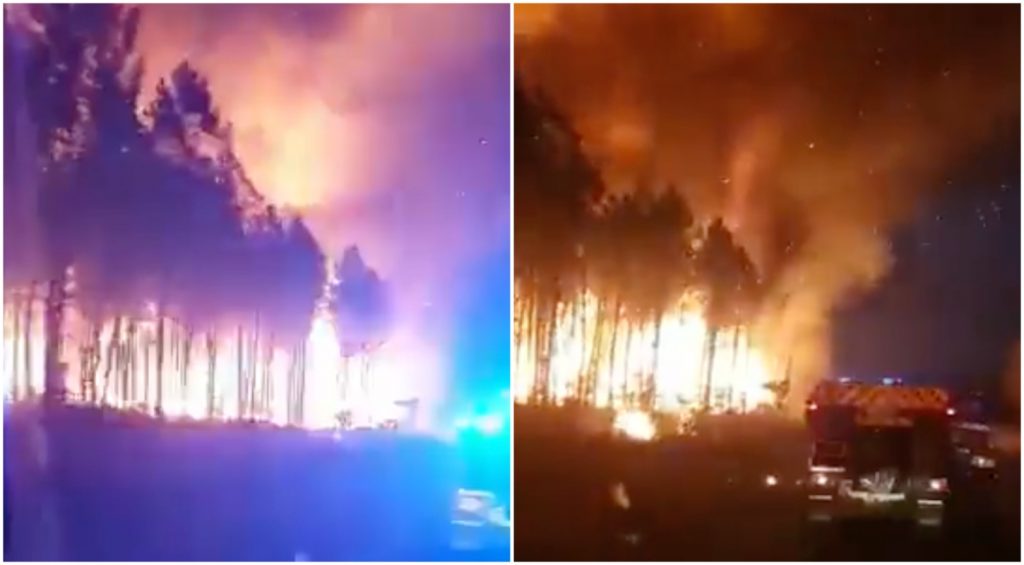 As for my first article on the subject, penned as the first wave of fires were being extinguished, to help me assess the implications, I spoke directly to a number of producers (including those most immediately impacted) as well as to a number of consultant oenologists. As before, many preferred to speak off the record and I will, as ever, respect their anonymity in what follows.

There is good news; but there is also bad news. And whether the good outweighs the bad largely depends on the time-horizon over which one projects one’s thinking. In general, the shorter-term one’s imagined future, the better the scenario.

Let’s start with the short term and the good news.

Crucially, it is pretty clear now that consumers should have no fear of finding smoke taint in bottles of Bordeaux 2022, regardless of the appellation.

There are two reasons for that. The first is that, despite the catastrophic and unprecedented nature of the forest fires that engulfed significant parts of the region in July and again in August (consuming over 20,000 hectares of forest), only a very small number of vineyards were close enough to the fires to generate significant anxieties about smoke taint.

That, in turn, was a product of the (invariably flat) topography of the region. This prevented the smoke from accumulating in lower-lying areas as had greatly intensified the risk of taint, for instance, in Napa in 2020. Bordeaux vignerons were also lucky (if it possible to speak of luck at all in such a context) in that the prevailing wind, whilst fanning the flames and making the task of the fire-fighters even more unenviable, largely took the smoke away from the vineyards.

The second reason is, in a way, even more simple. Were spoke taint to be found to be present in the wine after vinification, it would not be bottled. In short, the consumer has nothing to fear from smoke taint when it comes to purchasing 2022 as a vintage.

But as this perhaps already begins to suggest, a certain amount of the devil here lies in the detail. Here again there is good news, but not perhaps quite as good as some would have it.

The CIVB has been widely reported – and indeed as they said in a statement to the The Drinks Business in response to our enquiry – as rejecting categorically any suggestion that there is a risk of smoke taint in the Bordeaux 2022 vintage. Their claim is based on the currently available scientific analysis of grapes in the region. But therein lies the problem. On the basis of interviews with those I have spoken to, what is now clear to me is that the laboratory analysis of grapes, though relatively widespread, has in fact largely excluded to date the vineyards closest to the fires themselves. No less significantly, until vinification is complete, it is simply too early to be definitive in the assessment of the absolute risk.

Loïc Pasquet, the owner-producer of Liber Pater, the vineyard the closest of all to the Landiras fire, was unequivocal when he spoke to me on the subject. “The CIVB has not come to Liber Pater; it has not visited, to my knowledge, the most affected vineyards and it has played no part in the analysis of the grapes for smoke taint; it was not even present when President Macron visited the area”.

More seriously still, he suggests, “the CIVB’s claim that the fire ‘has not been in close proximity to the vineyards’, as told to the The Drinks Business, is palpably untrue; the Landiras fire came to within 500 metres of the vines themselves, leading the entire estate to be evacuated”.

Finally, and perhaps most significantly, all the expert advice thus far given on the risk of smoke taint in Liber Pater’s 2022 wines suggests that it is simply too early to tell.

“The analysis that counts can only take place after vinification”, he told me. That view is largely corroborated by the consultant oenologists that I spoke to. It remains to be seen whether Liber Pater will produce any 2022.

To soon to tell?

But we do need to be careful here too. For Liber Pater is the all too tragic exception to the more general rule here. The crucial point bears repetition. For the vast majority of Bordeaux vineyards, there is absolutely no risk of smoke taint being detectable (scientifically or by the consumer) in the 2022 vintage. The laboratory analysis of grapes is, in this respect, very encouraging. As one consultant oenologist told me off the record, even in vineyards where there was an acrid smell of smoke for at least a couple of days, “the level of smoke compounds detected in the grapes we have analysed is essentially zero – certainly very, very, very, very far from the detection limit”.

Another was clearer still, “all will become clear after vinification is complete … but as far as Bordeaux 2022 is concerned, it is already clear to me that smoke taint is not an issue”.

This is a view largely shared in the vineyards of the region too. Sandrine Garbaye, the new directrice générale at Chateau Guiraud, was characteristically balanced in her view. “Personally, I am not worried at all by the risk of smoke taint in this vintage. First of all, even if we were very close to the fire of Landiras, we were bathed in the smoke only during two mornings. The other days, there were no odour of smoke at all, because the winds pushed the smoke to the south. And the second point is that the smoke occurred before veraison where the grapes are not sensitive to the risk of smoke taint. We started the harvest of our dry white wine G de Chateau Guiraud on 18 August. At this stage we have no taste of smoke at all. But we need to await the completion of the alcoholic fermentation, of course, to be totally sure”.

François Despagne, President of the Association of Grands Crus Classés of St Emilion was no less clear: “The odour of smoke was present one morning in July. I don’t believe it will have had any impact. However, I remain cautiously attentive”.

That sounds like a positive message, and it is. But it is important not to lose sight of the wider picture here. The forest fires of 2022 in the Gironde are momentous and a cause for significant disquiet irrespective of the risk of smoke taint – even if that was, quite understandably, the initial anxiety for the vignerons of the region.

There are three key points here, each of which tempers any optimism which arises from the preceding analysis.

The first concerns the risk of forest fire itself. Global climate change, as we have known for a long time, accentuates that risk. 2022, at least for Bordeaux, is the moment when that risk becomes palpable – the moment we come to connect a hypothetical risk to an actual harm. That is a good thing, in a way. For making that connection is a key accelerator for action. It is a necessary, if not in itself sufficient, condition for change. But what it also reveals is that we have been inattentive and inactive for too long – hiding behind the hypothetical nature of the risk.

What is clearer now (though it should perhaps have been clear all along) is that the forests of the Gironde (and not just the Gironde) need to be better managed if the fires of 2022 are not to become a herald of the future. But no less clear is that we are now playing catch up. We have been inactive for far too long.

The second point is about the wider implications of all of this. As I suggested in my first piece on the subject, the principle risk associated with forest fire for regions like Bordeaux (with an essentially flat topography) may well not be smoke taint itself but loss of biodiversity (and the associated implications). Loïc Pasquet is, once again, clear and eloquent on the subject: “The lake bordering Liber Pater was emptied by firefighters to try to save the forest which burned anyway. It took only 10 days of fire to consume the entire forest on the southern slope of the anticline and for us to lose all of its biodiversity”. Only some of that biodiversity is likely to return.

There is a final, and closely related point. I have left it until last as it is the most depressing.

Forest fires are, of course, natural events. But the likelihood and frequency of their occurrence rises in proportion to the average temperature of the forest during the summer months and it falls in proportion to average annual rainfall. The forests of the Gironde are now drier and hotter than they have ever previously been.

In short, in a context of ongoing, continued and accelerating climate change, forest fires are becoming more and more likely. The natural regeneration of the forest after fire is at risk of becoming, if it has not already become, too slow to compensate for fire-induced deforestation. Consequently, net deforestation in the region is now in danger of becoming endemic. It is becoming not just the new normal, but the new natural. And net deforestation accentuates global warming.

If true, we have reached a kind of tipping point. The consequences are potentially drastic. For the loss of forest density and/or volume threatens radically to change the ecology of the region and the ecosystems which comprise its diverse terroirs, most notably (if not exclusively) in the Graves and the Médoc. This can only serve to make the region more difficult for the production of classic Bordeaux wines.

It is that, and not smoke taint, I fear, that may well turn out to be the principle lesson of the forest fires of 2022.