Mass closures for pubs and brewers as energy bills spike 300%

Pubs and brewers across Britain are facing price hikes upwards of 300% that could close them within months, industry bosses have warned. 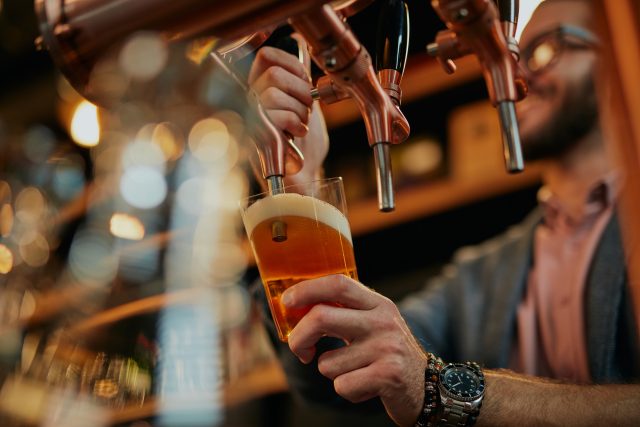 The news follows the CEOs of six of the UK’s biggest pub and brewing companies urging the government to act before “real and serious irreversible” damage affects the hospitality sector.

In a signed open letter to the government, Greene King, JW Lees, Carlsberg Marston’s, Admiral Taverns, Drake & Morgan and St Austell Brewery all pleaded for the government to make changes to save British pubs from closure.

The move follows last week’s confirmation from regulator Ofgem indicating that bills for an average U.K. household were set to surge in October when the new price cap comes into force.

Despite this, some hospitality businesses operate without a regulated price cap and have already seen bills quadruple, while others are struggling to find suppliers to power their venues when their contracts are due for renewal, leading to them leaving the pubs, homes and livelihoods before they face bankruptcy.

William Lees Jones, managing director of the JW Lees said: “We have publicans who are experiencing 300% plus increases in energy costs and some energy companies are refusing to even quote for supply. In some instances, tenants are giving us notice since their businesses do not stack up with energy at these costs. These are not just pubs but people’s homes and the hearts of the communities that they sit in. Government needs to extend the energy cap to business as well as households.”

Greene King CEO Nick Mackenzie explained: “While the government has introduced measures to help households cope with this spike in prices, businesses are having to face this alone, and it is only going to get worse come the autumn. Without immediate government intervention to support the sector, we could face the prospect of pubs being unable to pay their bills, jobs being lost and beloved locals across the country forced to close their doors, meaning all the good work done to keep pubs open during the pandemic could be wasted.”

The bosses, who sit on the board of British Beer and Pub Association (BBPA) have asked the government to offer an urgent support package to cap the price of energy for businesses as well as households. Speaking about the situation, BBPA chief executive Emma McClarkin OBE added: “This rise in energy costs will cause more damage to our industry than the pandemic did if nothing is done in the next few weeks. There are pubs that weathered the storm of the past two years that now face closure because of rocketing energy bills for both them and their customers.

In response to the situation a government spokesperson reportedly said: “No government can control the global factors pushing up the price of energy and other business costs, but we will continue to support the hospitality sector in navigating the months ahead. That includes providing a 50% business rates relief for businesses across the UK, freezing alcohol duty rates on beer, cider, wine and spirits and reducing employer national insurance. This is in addition to the billions in grants and loans offered throughout the pandemic.”

Last week, the Campaign for Real Ale (CAMRA) and Society of Independent Brewers (SIBA) also warned of the “grave uncertainty” the UK’s brewing industry faces due to spiking energy bills and, in joint letter addressed to current Chancellor Nadhim Zahawi, called for changes to be made to save brewing businesses.