In an effort to boost the economy, the Japanese National Tax Agency is holding a competition to find the best solution for revitalising the country’s drinks industry. 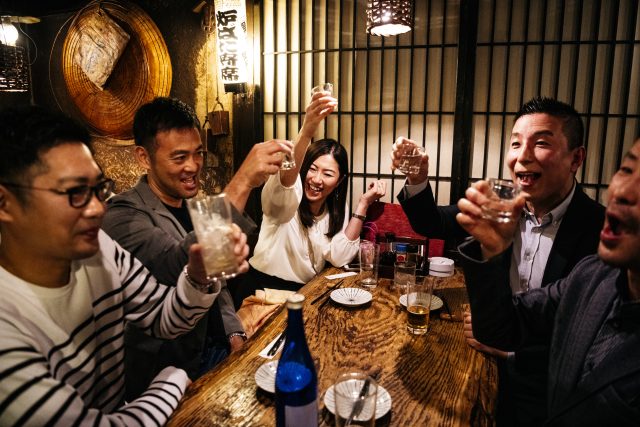 According to the National Tax Agency, Japan’s domestic alcoholic beverage market is shrinking due to a number of factors: declining birthrate, an increasingly elderly population and lifestyle changes among younger.

In the quarter century between 1995 and 2020, the average volume of alcoholic drinks consumed per capita each year has reportedly dropped from 100 litres to 75.

This decline has accelerated in recent years due to the Coronavirus lockdowns and the closure of on-trade channels. It has also been suggested that the pandemic caused greater health consciousness among young people, and a significant, long-term reduction in socialising at bars and restaurants.

In an effort to reverse the trend, the National Tax Agency launched the ‘Sake Viva! contest in July. The competition calls on Gen-Z and Millennial entrepreneurs, designers and drinks fans to submit their most innovative ideas which could help to rejuvenate the waning alcohol sector. Open to new products, designs, services or promotional methods, there is a particular focus on finding ways to cater to post-pandemic shifts in lifestyle and taste, with AI and the Metaverse being highlighted as potential avenues for applicants.

Entries are open to 20-39 year olds until 9 September. While there is no restriction on where someone can apply from with their solution, all of the documents must be in Japanese. The final will take place on 10 November in Tokyo. The grand prize is support from the National Tax Agency for the commercialisation of the winning product/idea.

Japans Ministry of Health is not involved in the competition but a spokesperson asked entries to encourage the “appropriate amount of alcohol consumption”, as reported in The Financial Times.