It’s fair to say that air travel is no cakewalk at present, with the interminable queues and cancellations at airports broadcast nightly on the news. Enter, stage left The Kimpton Hotel Group, which has come up with a novel way to ease travel woes: offering free ’emotional support’ wine to customers. 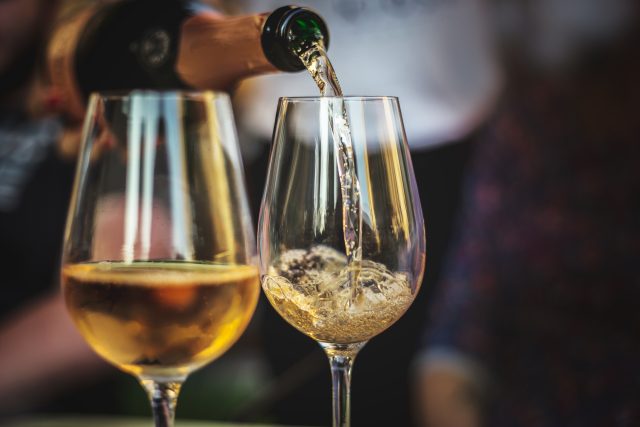 Though it might not entirely make up for the stresses and strains of a delayed or cancelled flight, Kimpton Hotels has decided to offer its customers a free glass of ’emotional support’ wine at check-in if their flight is affected.

Taking to Twitter to announce the initiative, the hotel group wrote, “Important announcement: Flight delayed? Cancelled? Wine about it with us! Starting this weekend, we’ll pour you a glass of well-deserved wine (we call it an Emotional Support Beverage) at check-in if your flight was delayed or cancelled! We know it’s rough out there!”

Important announcement: Flight delayed? Cancelled? Wine about it with us! Starting this weekend, we’ll pour you a glass of well-deserved wine (we call it an Emotional Support Beverage) at check-in if your flight was delayed or cancelled! We know it’s rough out there! pic.twitter.com/gdSOnGZIO0

Heathrow has blamed a lack of handling staff on the ground for the recent travel disruptions, a claim disputed by budget carrier Ryanair. Virgin Atlantic has also criticised Heathrow, claiming responsibility lay at the airport’s door for the current difficulties.

Meanwhile, grounded holidaymakers have also been given the chance to claim free pints courtesy of home brewing firm Pinter.

Adam Keary, managing director of Pinter, said: “Summer of 2022 was one we all wanted to enjoy, as travel fully reopened after a turbulent few years, but once again plans have been dashed. While airports and airlines bicker amongst themselves in their war of words, the customer is left in the lurch.

“We can’t give people back the holiday they deserve, so wanted to give a small something so they can at least enjoy a well-needed fresh beer while grounded.”

You can read more on that here.

And if you do manage to actually board a plane this summer, then one flight attendant has revealed the best insider tips and tricks to bag yourself a free drink on the journey.