Home brewing firm Pinter is giving holidaymakers whose flights have been cancelled the chance to win free pints to temper the disappointment. 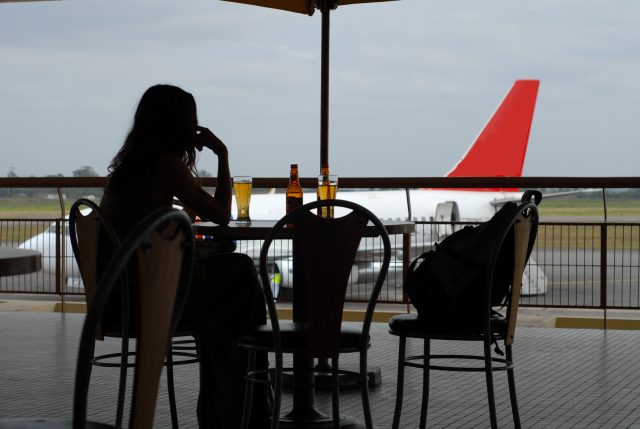 British holidaymakers are having their flights axed due to strikes and cancellations, leaving many disappointed faces at airports this summer.

But Pinter is here to help, offering those who are unable to reach their holiday destinations the chance to get free pints to make up for it.

Travellers whose flights have been cancelled can claim a Space Hopper Fresh Press – one of the brand’s most popular beers. A single fresh press makes 10 pints for beer enthusiasts to brew at home, using the Pinter machine.

The at-home brewing machine firm is running the offer for flights cancelled up until 21 August.

Adam Keary, managing director of Pinter, said: “Summer of 2022 was one we all wanted to enjoy, as travel fully reopened after a turbulent few years, but once again plans have been dashed. While airports and airlines bicker amongst themselves in their war of words, the customer is left in the lurch.

“We can’t give people back the holiday they deserve, so wanted to give a small something so they can at least enjoy a well-needed fresh beer while grounded.”

All travellers need to do to win free beer is send proof of the flight cancellation to Pinter, and wait for a voucher code to turn up in their inbox.

There are a limited number of codes available, so beer-lovers will have to be quick to nab some of those free pints.

In other news, a British tourist who did make it out of the country, visiting a beach restaurant in Mykonos, was fuming at the extortionate prices after being charged €425 (£360) for a couple of beers and Tequila shots and a plate of shrimp. Read more on that here.