Hot to plot: English vines are loving the sunshine

While we are all still recovering from the July heatwave, English vines have been soaking up the sun, with WineGB learning of positive reports from winegrowers ahead of the 2022 harvest. 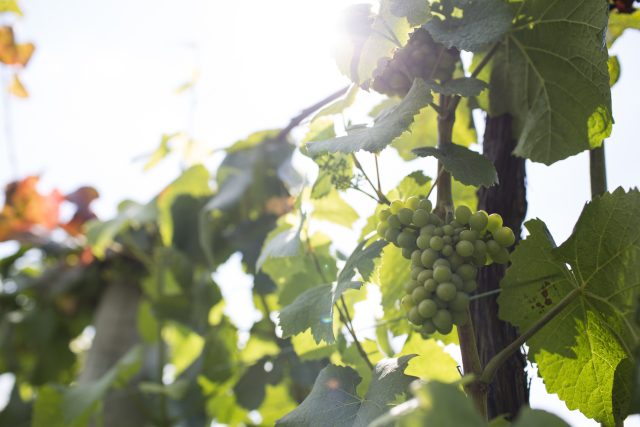 This year began with a dry winter, setting a theme for the rest of the year to come. A dry spring followed, and gradually fed into a similarly low rainfall summer season.

According to WineGB, cropping vineyards are looking good – with a not huge but not small potential crop from the ripening fruit.

Monthly rainfall in some parts has been below average since November 2021, and after the record-breaking heatwaves in July, the Met Office has issued drought warnings for later in August.

One grower told WineGB that the dry period we are experiencing is unlike anything he has experienced in all his time being back in England since first returning in 2006.

Henry Connell, co-founder of English canned wine company The Uncommon, told db he is looking forward to winemaking this year.

“Our grapes have been loving this hot weather. We haven’t seen yields this good since 2018,” he explained.

The Uncommon has vineyards across Surrey, Kent and Hampshire, all within 50 miles of London.

“Our vines are planted on chalk subsoils which means they tend to cope better with the dry conditions compared to those planted in heavier clay soils.”

Dry and sunny conditions with some wind mean less disease pressure for the vineyards, meaning a reduction in spraying for the B-Corp certified company.

“Our viticulturists have dramatically cut the use of fungicides, and the small quantities used will be organic based contact products – a positive consequence of a ‘heatwave’,” said Connell.

WineGB reported that newly planted vines this year have been watered by some vineyards, although the general feeling is that most received some decent rainfall around planting time.

Some vineyards are being irrigated manually – those planted in 2021 and 2020 in particular. A small number of vineyards have installed drip irrigation, which has helped the vines deal with the more severe heatwave temperatures and has helped vine moisture status, according to the association. This will help avoid drought stress.

While warm and sunny weather is a positive for English vines, prolonged dry spells can be a challenge to the ripening fruit – and lack of moisture will affect the bunch and fruit size leading to a potentially smaller crop.

However WineGB explained that more hectarage coming in to full production in the UK year on year will contribute to the overall final yield.

The association is expecting an earlier than usual harvest for 2022.