A crop of results from the world’s major drinks companies, including Diageo, has confirmed that the sector is forging ahead despite the ongoing effects of the Covid pandemic, disruptions caused by the war in Ukraine and the highest levels of inflation for almost 40 years. 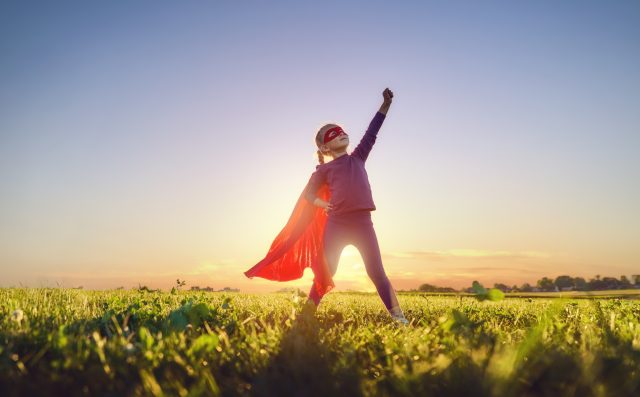 Just over six months ago Diageo’s chief executive, Ivan Menezes, revealed a target he had set for the world’s biggest premium alcohol group in the dark days at the end of 2020.

Then the company held 4% of the global market for total beverage alcohol, a level Menezes wants to raise to 6% of the market by value by 2030. He decided to invest in his brands and production facilities at the same time as achieving significant cost savings.

The results he announced last week must have given him a warm feeling. By the end of last year he had taken a 4.6% share, according to IWSA data, a level that must have been enhanced by the group’s further momentum in the first six months of 2022.

Like-for-like net sales growth for the year to June 30 came in at 21.4%. Of this, 11.1% was due to higher prices and 10% to consumers trading up to more premium priced categories. High-end brands contributed 57% of reported net sales.

And Menezes was keen to underline that the price rises he has been able to push through were so far managing to outstrip inflation.

Lavanya Chandrashekar, chief financial officer, said there was no evidence of drinkers switching to cheaper products despite the inflationary pressure on household budgets because Diageo was further benefiting from the shift towards spirits from wine and beer.

In 2010, spirits accounted for 31% of global total beverage alcohol sales, a proportion that has since risen to 40%. Not only that, premium and super premium spirits, sectors where Diageo leads the field, showed combined annual growth rates of 8% and 14% respectively.

Sales of Johnnie Walker whisky, calculated on a like-for-like net basis, were up 34%, while in the “super-premium-plus” category, which includes the luxury Johnnie Walker Blue Label, they rose 31%.

Organic operating margin increased by 121 basis points despite cost inflation but Menezes expects further challenges in the coming year thanks to the persistent effects of the coronavirus pandemic, “significant” cost inflation and “a potential weakening of consumer spending power”.

Even so the full year figures underlined Diageo’s strengths.

Menezes said: “We gained more share than any of our peers and twice as much as our largest international spirits competitor.

“More than one‐third of our share gains came from our super‐premium‐plus portfolio – a reflection of the success of our premiumisation strategy. We gained market share in all our regions and in Global Travel and we gained category share in Scotch, Tequila, beer, vodka, gin and Canadian whisky.

Ewan Andrew, the director in charge of global procurement and supply chain strategy, rejected any notion that Diageo was facing glass or raw material shortage because of the strategies already in place before the pandemic broke.

The company’s long term contracts and very size – it accounts for 15% of all exports from Scottish ports – gave it massive bargaining power, he said,  and although global conditions were competitive, he foresaw no insurmountable threats to Diageo’s product lines and distribution chains.

That is in contrast to Davide Campari Milano’s chief executive Bob Kunze-Concewitz, who the previous day had said: “International logistics remain a very big challenge. We have a lot of containers sitting in ports and being delayed.

“We’re trying to do our best to ship as much as possible by air at a higher cost, as well as paying premiums to get our containers in the boat, but this will continue to affect us.”

He predicted some shortages of Campari’s aperitifs due to ingredients supply difficulties, while Grand Marnier was being affected by glass supply constraints.

“Currently we have such strong demand that we’re not going to be able to fully satisfy,” he said.

Even so, he was able to announce bumper numbers for his first quarter.  Organic net sales were 45% above the pre-pandemic level  and at €1,256.9m, they were 25.6% up on the same period last year.

Distribution and supply problems meant that Becle, the Mexican owner of the Jose Cuervo Tequila brand, suffered a 7.6%  fall in volume sales to the US in the three months to the end of June.

Even so, global sales rose by 11.4% to 7.1m litre nine-litre cases and net sales were up more than 18%. Additional costs, however, meant that Becle’s gross margins were 0.8 points below the same period last year but net sales soared by 58%.

The main driver was Jose Cuervo whose sales rose by 20% over the second quarter in 2021.

More buoyant figures came from Rémy Cointreau which reported an organic sales increase of 27% in the first quarter of its 2022/2023 full year, with Cognac sales up by almost a third. The French company said that China, where it is the leading supplier, had “rebounded strongly in June” following the spring Covid lockdowns in major cities such as Shanghai.

Chief executive Bernard Arnault said that LVMH had made an “excellent start to the year”.

Against a backdrop of strong demand, Champagne volumes were up 16% compared to the first half of 2021, leading to increasing pressure on supplies.

For Hennessy Cognac, the impact of health restrictions in China and logistical disruptions in the United States was offset by the strong rebound in the second quarter.