Producers across Chile are reporting a successful 2022 harvest, with one winery saying the year may be as good as the country’s acclaimed 2018 vintage. 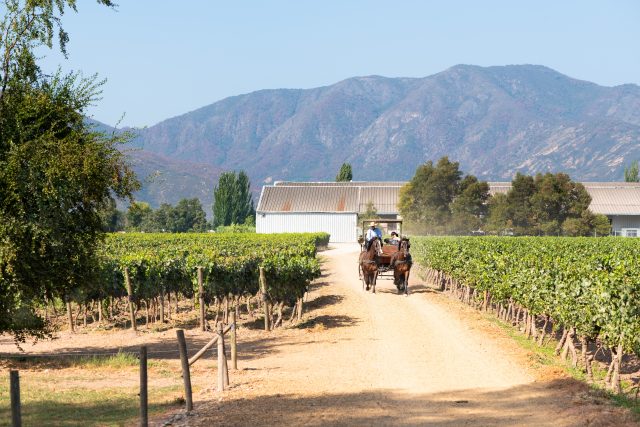 Despite suffering severe drought for almost two years, Chile’s winemakers are reporting a successful 2002 harvest across the board, with Cabernet Sauvignon standing out as a frontrunner in quality.

Sebastian Labbé, head winemaker, Viña Santa Rita, told the drinks business that its 2022 wines may even end up rivalling the quality of the producer’s 2018 expressions. Having launched its Casa Real Reserva Especial 2018 on La Place de Bordeaux in September last year, Labbé said of the latest crop: “I think 2022 with its cooler temperatures and lower yields will be a fantastic vintage for Casa Real; up there with the level of our 2018 for quality.”

Elsewhere, sparkling experts Valdiveiso told db that “2022 is a solid year for whites, which are showing the typicity of their regions, but the reds are even better. Cabernet this year is fantastic, especially from Maipo and Colchagua. 2022 was a slightly warmer year than 2021 so we didn’t harvest until the end of April, whereas for the last few years we’ve had everything finished by mid-April, so yields are slightly lower but of great quality.”

Los Boldos, based in Cachapoal, has bucked the trend with yields up not down. “For us it’s been very good; even a bit more productive than 2021,” said winemaker Meinard Bloom. “Cabernet Sauvignon is looking like it will shine. The last few months before picking were really hot, which helped to ripen the vintage. Our Petit Verdot is also fantastic, but there’s very little of it. We use it for blending, as it gives freshness and character to Cab Sauv blends.”

Viña Carmen paints a similarly rosy picture. “I’m calling 2022 the ‘year of balance’ and for me, it’s one of the best vintages in the last five years,” winemaker Emily Falconer told db. “Our 2022 yields are a little lower than 2021, around 5%. This year, we also started to see the results of the 85% replantings in our Alto Jahuel vineyard, which marks a turning point for our Cabernet Sauvignon, eight years on from the start of the project.”

According to both Falconer and Noelia Orts, winemaker at Emiliana Organic Vineyards, 2022 is also going to be an especially great year for Limari, where much of Chile’s premium Chardonnay grows. It’s good news for Santa Rita, which switched its Chardonnay production from Leyda to Limari in 2016 and is now reaping the rewards. “Our Chardonnay for sure has the biggest potential for fine wine as a white variety,” said Labbé.