Chile’s wine trade has been racked with difficulties getting hold of barrels, glass and even cardboard, but the tide is finally starting to turn, db learned during a recent visit to the South American country. 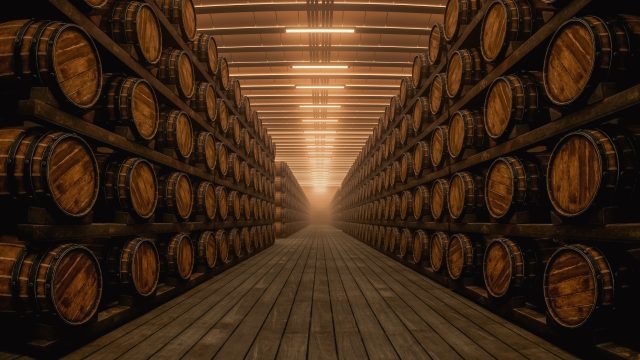 As the drinks business has reported, winemakers across the globe have been wringing their hands during the past year while they wait for essential materials such as glass to reach them, and Chile is no exception. Last week, db spoke to producers in the South American country about the impact the scarcity has had on their business.

“All of last year we had to bottle a lot of our Chardonnay and rosé in Bordeaux bottles, which caused all kinds of chaos,” said Cristian Sotomayor, export director, Valdiveiso.

“One minute, they were in a Bordeaux bottle, the next minute a Burgundy bottle – we couldn’t get hold of clear glass at all. A sparkling rosé in a green bottle just doesn’t have the same appeal and we had suppliers calling us, saying ‘You’ve sent us the wrong product!’. We anticipate the glass issue easing up towards the end of the year.”

What clear glass was available inevitably found itself in the hands of the larger wineries in Chile, leaving small-and-medium-sized companies in a bind.

“There are only three bottle suppliers in Chile and the biggest Chilean producers take all of this,” said Barbara Lewin, marketing manager, Aresti, who added that the winery had been struggling to get hold of bottles and screwcaps. “2020 was the worst year for us in terms of shipment and logistics problems. Now, the cost of materials is high but availability is low.”

The fact that some countries such as China (one of Chile’s key export markets) favour big, heavy bottles, often associating their heft with quality, puts producers in a sticky situation.

“As a medium-sized winery, our hands are tied,” said Lewin. “We need lighter bottles for Nordic countries, heavier bottles with more foil for Asia.”

She explained that larger wineries in Chile have first refusal on glass, and small wineries with very limited production may have the sway to simply tell markets such as China that they are going lighter on bottles. “We’re in the middle, so it’s a tricky spot.”

When clear glass has been available, Chilean producers have found that prices have shot up by around 20%.

“We’ve had to raise the retail price of our wines in the domestic Chile market by 10% to compensate but we don’t feel able to do so to the same extent in our export markets due to a psychological price barrier that many international consumers have for Chilean wine. We’re looking at a 2-4% price increase for our wines sold outside of Chile,” said Eugenio Ponce, export director, Europe and Africa, Undurraga.

Undurraga winemaker Rafael Urrejola added: “I believe in the ‘democracy’ of wine – our goal is to put wine in everyone’s mouth all over the world, so we don’t want to be hideously overpriced. But at the same time I’m not prepared to enter into a price war.”

For Cono Sur, the biggest issue has been waiting for barrels. “We have been experiencing barrel delays of around one and a half months, so we’re having to order much earlier,” winemaker Matias Rios told db. “We’re not struggling to get hold of them, they are just taking much longer to reach us.”

However, things are starting to look up for Chile’s wineries. “August has been the fourth consecutive month in which we have received 100% supplies,” said Adolfo Hurtado, winemaker, MontGras. “It’s a very positive sign.”