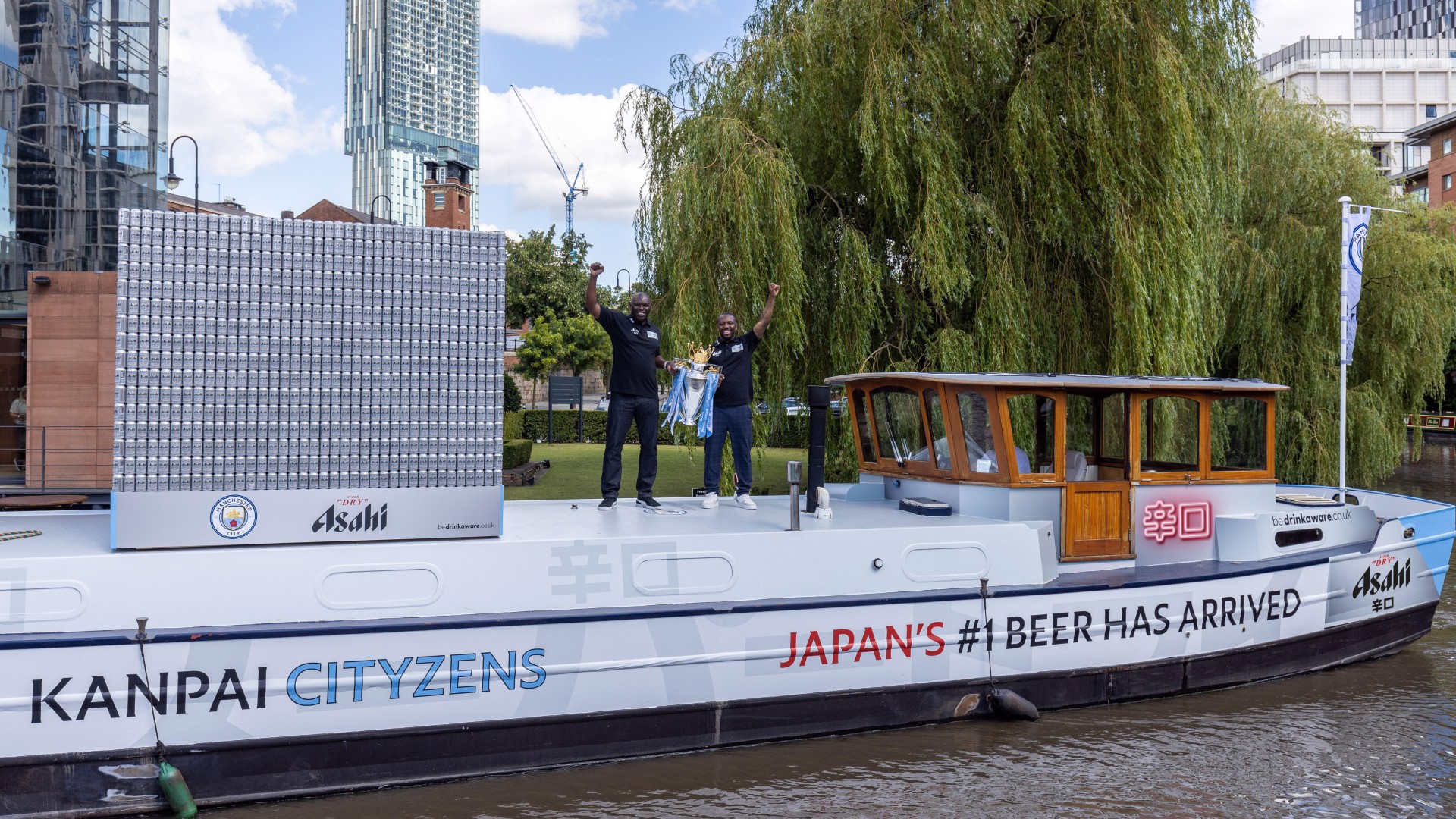 The deal also covers the group’s international teams Melbourne City, Yokohama F. Marinos, and Sichuan Juiniu, and will see Asahi Super Dry available to fans from the beginning of the team’s respective seasons.

The Japanese beer brand said it had made a significant investment in improving the fan experience ahead of the new season, including installing cutting-edge equipment and upgrading the bar facilities at Etihad Stadium and other stadia around the world.

In addition, the hospitality facility at the Etihad will now also be known as the Asahi Super Dry Tunnel Club.

The deal was celebrated with a special shipment of Asahi Super Dry beer sailing down the Manchester Ship Canal – referencing the ship featured on the club’s crest, ‘The Pride of Manchester City’ – accompanied by Manchester City legends Shaun Wright-Phillips and Shaun Goater.

It will also launch a series of giveaways and competitions, starting this weekend, (13 August) at the opening home game of the 2022/23 season against Bournemouth.

Richard Ingram, global brands director at Asahi Europe & International described it as “a global partnership like no other”.

“Together Asahi Super Dry and City Football Group will place the fans right at the heart of this partnership,” he said. “We’ve invested significantly into the infrastructure at Etihad Stadium and stadia around the world to elevate the fan experience, immersing them into modern Japan. Delivering a premium football experience is the key to this partnership – we plan to go beyond the expected at every game. Partnering with one of the most progressive football groups worldwide, we are perfectly matched in vision and values, making this an extremely exciting partnership for both brands.”

“Our organisations naturally align across a number of key markets and Asahi Super Dry’s knowledge and expertise will allow us to further increase our presence in these regions, working with four of our CFG clubs,” he said. “We look forward to working together in the future as the partnership progresses.”