The harvests since 2011 have proved to be something of a rollercoaster for the Champenois, with promising vintages punctuated by worrying episodes of frost, hail and rain. Gabriel Stone reviews every year in Champagne from 2011 to 2021, following her report on the harvests from the first decade of this century, which can be read here. 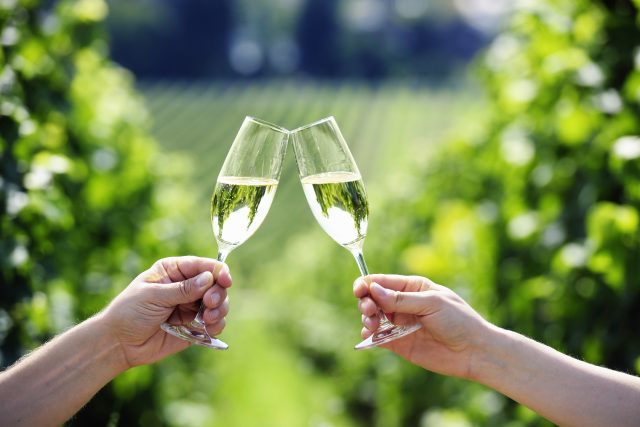 “The only positive thing I can say about 2011 is that it is between two fantastic years,” is the wry summary from Michel Drappier of Champagne Drappier. The cool conditions that characterised 2011 were interspersed with unhelpful heat spikes, rain at just the wrong moments and localised hail storms. This in turn led to uneven ripening, difficult picking decisions and very mixed results across the region Few Champagnes from this year were built to last, but don’t overlook individual pockets of high quality. Charles Philipponnat, head of Champagne Philipponnat notes: “We managed to achieve better-than-average cuvées through heavy sorting of the bunches at harvest time, and selective blending.”

Champagne’s producers must have been bracing themselves as the growing season got off to a turbulent start. Frost, hail and disease slashed yields, but those grapes that made it through to August could bask in near-perfect conditions that lasted until harvest. The end result is summed up by The Wine Society’s Champagne buyer Sarah Knowles MW as “a great year with immediate charm, but also the structure to age well”. Spare a thought, however, for Michel Drappier down in the Aube, where “the worst hailstorm since 1722” wiped out almost his entire crop. Enough grapes were salvaged to produce single-vineyard prestige cuvée La Grande Sendrée, which Drappier notes was “so fresh” after eight years on its lees that a decision was made to hold it back for an extra two years. A bittersweet success.

A spirited backlash against climate change, this cool year culminated in sunny, settled weather that led many growers to compensate for the slow start by pushing their harvest dates right into October. Generally regarded as a better year for Chardonnay – although several top Côte des Blancs crus suffered bad hail damage – 2013 is nevertheless picked out by Pinot Noir-dominant house Pol Roger as something of an unsung hero. “It was lovely on release, and is getting more spectacular by the year,” remarks James Simpson MW, managing director of Pol Roger Portfolio, who praises its “welcoming acidity and excellent structure”. Philipponnat is similarly convinced of this vintage’s quality. Drawing parallels with 1971, a year shaped by similar conditions, he predicts 2013 “will end up being a classic”.

Some delightful results from an inauspicious year. Champagne producers didn’t rush to praise their 2014s, perhaps rattled by the cold, wet August in a year that saw the Marne Valley experience double its usual rainfall. “It did not seem a promising vintage,” admits Caroline Latrive, chef de cave at Champagne Ayala, but she has since wholeheartedly revised her opinion. She says: “Now it is showing beautifully.” Her view is shared by Dennis Bunner, deputy chef de cave at sister house Champagne Bollinger. “The 2014 vintage was considered by many an average year; however, it has really outperformed,” he observes, suggesting: “It is even a potential candidate to later become an R.D.” While not everyone succeeded in overcoming the challenges of the 2014 growing season, there remain plenty of pleasant surprises. Knowles agrees, noting: “From the best producers, I have been enjoying the 2014s more than the vintage reviews might have warranted.”

The hottest vintage on record. Drought towards the end of the growing season affected yield more than quality; indeed, it helped keep grapes diseasefree, a gift for Champagne’s organic growers. The result was a healthy crop of ripe, wellbalanced grapes that have created richly styled wines, hailed by Simpson as “immediately appealing”. That’s not to suggest the vintage was straightforward. Uneven ripening led to extensive must analysis, followed by regular tasting, for Carine Bailleul, chef de cave of Champagne Castelnau. “Today, our concerns have vanished, and we know that the potential for ageing is very much there,” she reports. Philipponnat also recalls an uneasy wait for phenolic ripeness, balanced by a need to avoid over-ripeness, in Pinot Noir particularly, with further diligence required in the cellar. Today, he looks back on 2015 as a challenge “championed successfully to a more than satisfying result”.

Opinions about this year will vary enormously depending on which producers you ask. At the time, Régis Camus, then chef de cave of Piper-Heidsieck, described as “a nightmare” a growing season that featured April snow, severe frost in the Côte des Bar, then a wet early summer that sparked mildew outbreaks, which were only halted by the welcome August sunshine. Even then, rain just before harvest caused particular problems in the Côte des Blancs. The ability to react fast was key, favouring smaller growers and houses with a nimble workforce. Philipponnat is eagerly anticipating the release of his 2016 Blanc de Noirs this summer, praising its “wellbuilt structure and classical citrus flavours”. At Castelnau, low yields led to the decision not to produce a vintage expression this year, although Bailleul points to some “wonderful” 2016 reserve wines to draw on for the co-operative group’s non-vintage styles.

After a warm, promising start, August brought rain. The resulting outbreak of rot forced producers to act fast, with several houses, including Moët & Chandon, reporting their shortest harvest on record. However, many struggled to pick enough clean fruit in time, with Castelnau just one of numerous producers who decided not to make a vintage expression this year. At Ayala, Latrive picks out 2017 as “the most challenging” vintage of the decade, with ACF (arômes de champignon frais) a major concern. Nevertheless, she describes the final result as “very positive”, noting: “It is in such difficult years that the winemakers show their blending skills.” In a similar vein, Philipponnat warns against writing off this vintage entirely, highlighting it as a year when “critics may have underrated some individual wines”.

After 2017’s struggles, the friendly 2018 vintage shines particularly bright. After an uncertain start, a warm, long summer emerged, its sunshine punctuated by only a few welcome showers. Unlike other August harvests, such as 2003, yields and acid levels remained reassuringly high. “2018 was a huge vintage,” remarks Simpson, noting that Pol Roger had to deploy its reserve tank for the first time. Although Champagne Drappier suffered some raisined berries, Michel Drappier remained unflustered.

“We had plenty of grapes so that we could be very selective,” he recalls, promising “a beautiful Grande Sendrée” in the pipeline. Indeed, many of the best 2018s are yet to be released, but Knowles reports that the vins clairs she tasted “looked very impressive”. One word of caution comes from Latrive, who warns that 2018 is in danger of proving “overhyped” against the far less favourable backdrop of 2017. Noting the high yields, she remarks that the “wines probably lack a little bit of concentration”.

The second, and potentially finest, in a trio of notably warm vintages that sparks obvious comparison with Champagne’s run of success stories in 1988, 1989 and 1990. That’s not to say that 2019 was an easy year. A warm spring brought widespread mildew issues, before an unseasonably cold April meant damaging frost – ahead of a wet May with yet more disease. When sunshine did finally arrive, it soon turned to fierce July heat spikes, followed by August hailstorms that ravaged yields on the Côte des Blancs in particular. The end result was unsurprisingly reduced in volume, but those grapes that did survive were both beautifully ripe and with good acidity. Bailleul is convinced of the “magnificent ageing potential” of 2019, highlighting its “nice freshness on the palate”. While still waiting to see how the texture develops across this entire trio of dry summer vintages, Philipponnat suggests: “All three will be better than average, with 2019 being the best, in my view.”

This was a growing season conducted in fast-forward mode. A mild spring led into a hot, dry summer with recordbreaking July temperatures. This heat and drought naturally reduced the crop, and led to rapid but uneven ripening, with another August harvest kick-off. “Acidity was quite low, tannins rather strong,” recalls Drappier of 2020. “It will be interesting to taste these cuvées in the coming years. It could be underrated, and it might be a good surprise like 2010.” However, Bailleul points to “fruity aromas, and a palate that is beginning to evolve”, suggesting “the ageing potential is less apparent than the 2019”.

As the new decade hit its stride, Champagne producers waved goodbye to a relatively straightforward run of warm summers. Severe April frosts meant a small harvest was guaranteed from the start, especially in the southerly and therefore more advanced Côte des Bar. Then came a cold, wet May, causing further damage from mildew. When the warm weather did finally arrive in June, it brought fierce thunderstorms and hail, this time hitting the Marne Valley most ferociously.

Heavy rain fell again in mid-July, but somehow, by the time the harvest finally arrived, several houses were still managing to remain cautiously optimistic, especially those in the Côte des Blancs, which escaped the worst of the weather hurled at the region by 2021. This was not a year for organic producers, but others have offered surprisingly positive early assessments of their wines. Among these is Latrive, who believes that “2021 will outperform early reviews, as the still wines are already showing great – much more than what was expected during harvest”. Champagne is a region well used to pulling victory out of climatic adversity, and 2021 looks set to be a prime example.

• Champagne’s recent vintages have been inconsistent, with promising and generous harvests contrasting with years when poor climatic conditions have impacted both quality and crop size.

• Champagne recorded a trio of warm vintages between 2018 and 2020, with 2019 likely to be the standout thanks to its “magnificent” potential.

• However, the period closed with an extremely difficult year in 2021, which was affected by frost, mildew, thunderstorms and hail. Even so, some producers remain optimistic about the quality achieved.

This 2011-2021 vintage report first appeared in the 2022 report on Champagne by db, which can be downloaded here