Vranken-Pommery has lodged an official application to build its own winemaking facility in Hampshire. However, the fine fizz maker says Champagne is still “top dog”. 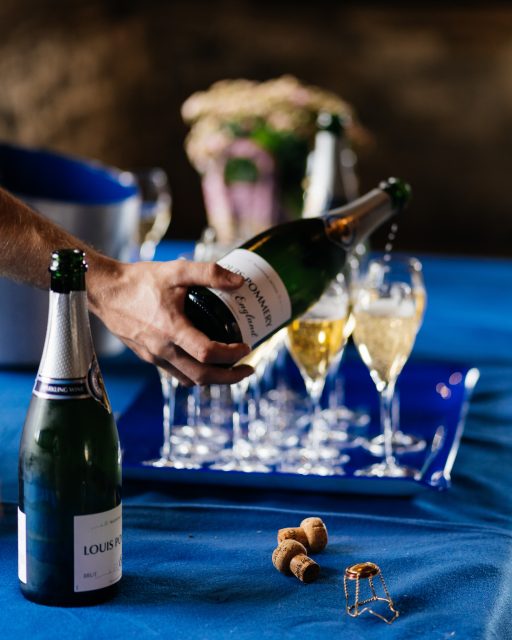 Pommery’s long and storied history with Champagne dates back to 1836, but it was more recently, in 2016, that it entered one of its newest chapters when parent group Vranken-Pommery planted 40 hectares of vineyard in Hampshire, facilitating the French producer’s entrance onto the English sparkling scene.

For the last few years, Vranken-Pommery has been getting to grips with England’s terroir and perfecting its Louis Pommery England sparkler, which sells via Sainsbury’s, Ocado, Majestic, Slurp and others.

The acquiring of English land has proved to be a smart move for the Champagne house; so much so that on 13 July 2022, Vranken-Pommery applied for permission to build its own winemaking facility, a move which would enable its operations to become fully self-sufficient, rather than having to craft its English sparkling from the neighbouring cuverie at Hattingley Valley Wines as is presently the case.

However, the two categories – Champagne and English sparkling – remain distinctly different propositions for the Pommery team.

“For us, English sparkling must sit below Champagne,” Clément Pierlot, chef de cave, Champagne Pommery, told the drinks business. “It’s not justifiable for an English sparkling wine to cost as much as, or more than, a bottle of Champagne, with its 300 years’ history and its reserves.”

The house’s position is reflected in its pricing strategy. Louis Pommery England retails at around £26-£33, compared with Vranken-Pommery’s flagship non-vintage Champagne, Pommery Brut Royal, which commands up to £40 per bottle. 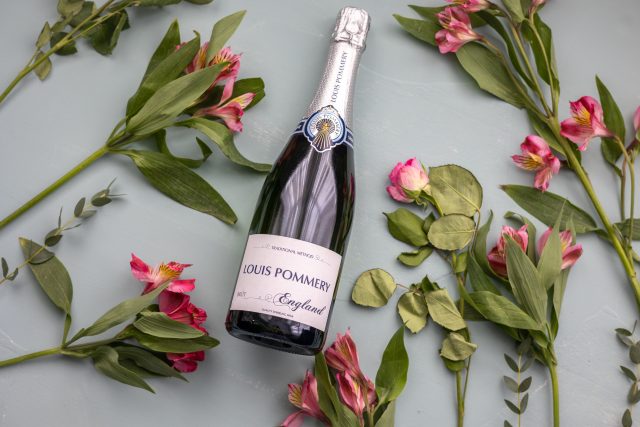 For Julien Lonneux, CEO, Vranken-Pommery UK, the answer to this ‘organisation’ does not lie in regulating English fizz. Far from it.

“The English sparkling wine world needs to keep its usual English freedom, with a great entrepreneurial mindset and the ability to take initiative,” he told the drinks business. “There is no need to regulate in the same way as it is done in Champagne.”

On this point he will no doubt find common ground with Simon Thorpe, WineGB chair, who told db in an interview last month that “We don’t want to put something in place that inhibits innovation and puts boxes around winemakers in terms of what wines from this or that English county must do. We don’t want to fall into a trap of replicating what people have done in some parts of the Old World.”

Where they may find a more textured debate, however, is which region shines most brightly.

“Regarding the difference between English sparkling wine and Champagne, it is clear that the history of the Champagne region speaks for itself,” said Lonneux. “Champagne is the King of wines and we expect this to continue in the future.”

On the matter of regulation, the Comité Champagne’s complex rules have for a while thrown a spanner in the works for larger companies such as Vranken-Pommery when it comes to buying vineyards in the region, and may be one reason that sizable producers are looking outside of Champagne to expand. Vranken-Pommery, for example, not only has holdings in England, but also in the Camargue, in Provence, and in Portugal’s Douro Valley.

In order to buy land in Champagne, any company has the right to place a bid and then a regulating body decides which grower can purchase the land based on various criteria.

There is a certain irony to the fact that while LVMH bought Pommery from the BSN food group in 1990 and sold it on 12 years later to Vranken-Monopole in 2002, it wouldn’t be easy for Pommery to sell its vineyards back to LVMH today, even if its owners so wished.

“The land exchanges are always challenged by a public body who wants to spread the wealth fairly across the region and support smaller growers” said Lonneux.

The comparative steal was partly due to the fact that the space, perched atop the hill of Saint-Nicaise in Reims, was located in an area considered rough and undesirable at the time.

“If you wanted to kill someone and disappear them it would probably have been here,” said Lonneux.

The price tag was also low due to the deep chalk pits that remained following extensive extraction of stone by the Romans. The flipside for Champagne Pommery, of course, is that these chalk pits encompass a labrynth of cool, dark, subterranean tunnels, in which the stone miners once worked, which turned out to be perfect for ageing and storing fine wines.

Today, the tunnels house not just Champagne but some of the most extraordinary artworks in the region, with Domaine Pommery’s caves playing host to numerous art installations, which are refreshed and replaced frequently. Not only this, but the Domaine’s Clos Pompadour, which sits on that land once maligned as ‘undesirable’, is now widely considered to be one of the best vineyards in all of Champagne.

Interestingly, while English sparkling might be the younger industry of the two, Natalie Vranken, co-owner of Vranken-Pommery Monopole, doesn’t believe that a sparkling wine must necessarily be aged for a long period in order to make a statement.

“You don’t drink a bottle of vintage Champagne any more slowly than you drink a younger bottle,” she told a group of food and drinks press at Domaine Pommery during a visit to the property in June.

It would suggest that, should the new permit be granted, expanding its English arm may be a commercially shrewd decision that could feed Champagne Pommery’s coffers for some centuries to come.