Ferrari Trento has proven that it has the winning formula as it announced that its initial three year partnership with the motor racing championship has been extended to five. 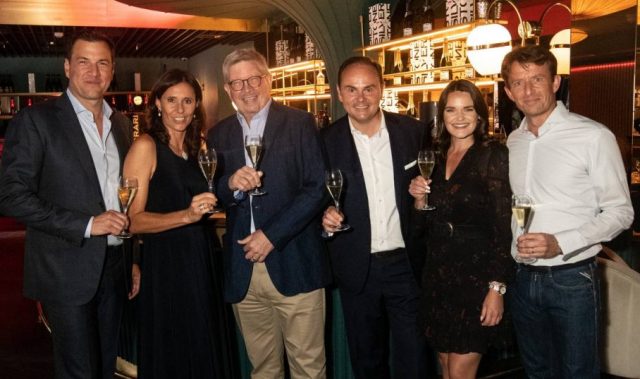 The partnership, which began in 2021, marked the first time that Italian sparkling wine appeared on the Formula 1 podium. The Trentino-based producer was in pole position to extend the agreement, with CEO Matteo Lunelli revealing: “When we announced this partnership in 2021, we talked about it not only being a great achievement, but also a starting-point.”

Lunelli continued: “Today, just a year later, we can confirm that this partnership has revealed itself to be an incredible opportunity for communicating our values to a vast and enthusiastic audience all over the world.” Indeed, in 2021 the cumulative global TV viewership for the sport was calculated at 1.55 billion.

Another initiative was the limited edition F1 Podium Jeroboam, an exact replica of the three litre bottle given to the winning driver. For those who want to get hold of the actual bottle (complete with the signatures of the top three racers), they are auctioned off for charity each race weekend on F1 Authentics.

Formula 1 managing director Brandon Snow celebrated the extension of the deal: “It is a huge testament to all those involved to be announcing such an exciting extension after just one full season into the partnership and we are very excited to continue to have them present at every podium until 2025.”