A beer-drinking pony who likes to drink pints of Irish stout has recently been appointed mayor of Cockington, Devon. 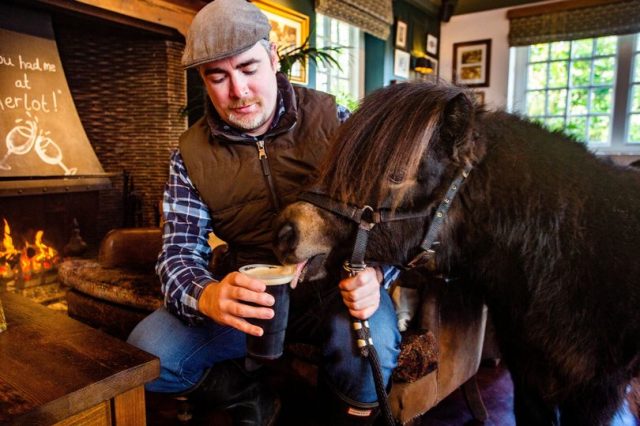 The miniature Shetland pony, named Patrick, earned his newly-acquired status as mayor after hundreds of people signed a petition calling for him to take the title.

Patrick’s popularity grew after his owner Kirk Petrakis took him to The Drum Inn to try and socialise him for his therapy work during the pandemic.

Cockington’s former ‘unofficial’ mayor Don Mills sadly died back in 2019 and the new appointment has marked a way for local residents to raise a smile, or buy their mayor a pint.

Patrick was presented his Mayor chain by local councillor Andrew Barrand, while local MP Kevin Foster also came along to show support for the appointment.

Petrakis said: “We think Patrick The Pony has made history by becoming the first pony mayor in the UK.” He now spends much of his time visiting hospitals, recovery groups, mental health wards, specialised schools and wakes, boosting morale wherever he goes.